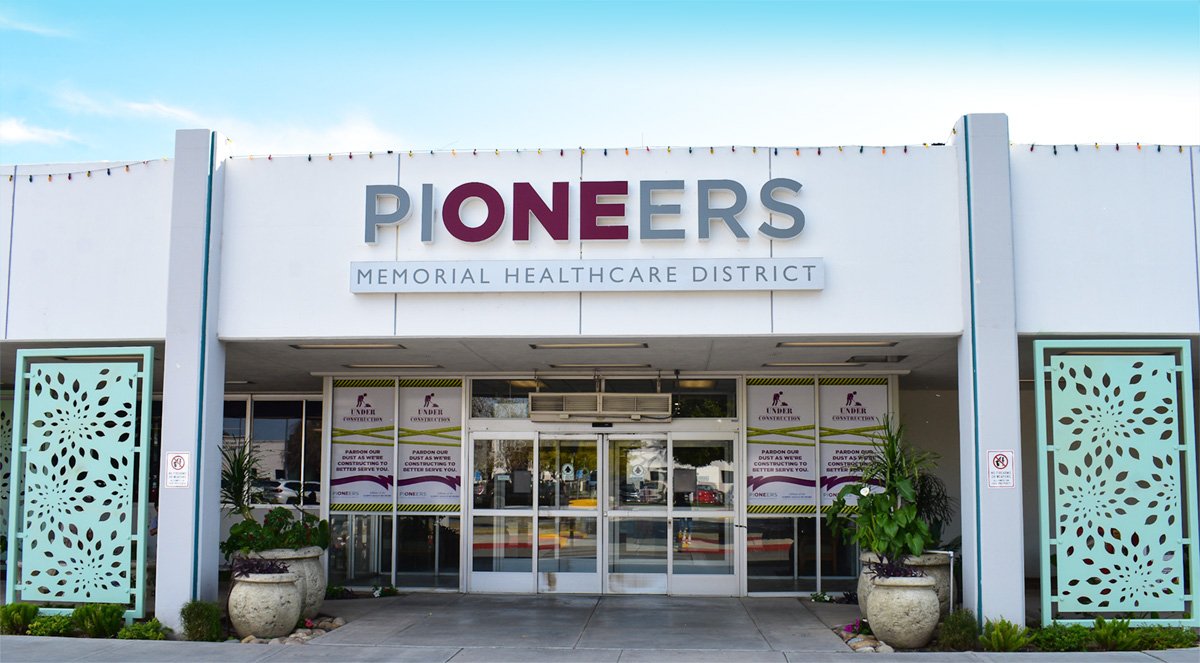 The hospital at Pioneers Memorial Healthcare District in Brawley is among the local providers logging data on flu cases that is sent to the Imperial County Department of Public Health. | Corissa Ibarra photo
Home
Local News
In Local News

IMPERIAL VALLEY — Observations and official monitoring as of Feb. 1 show the number of influenza cases in Imperial County has well more than doubled in the 2019-20 flu season over the same period a year ago, a health official said.

“The activity here in Imperial County, we’re seeing the proportion of cases with influenza greater than last year,” said Marian Fierro, an epidemiologist in charge of the flu surveillance programs for the county Public Health Department.

Some 369 cases have come back positive for flu, or about 37 percent of the suspected cases tested from the start of flu season on Sept. 29 to what is known as county surveillance week 5 (Jan. 26 to Feb. 1), Fierro said. That compares to 143 positive flu cases during the same period in the 2018-19 flu season.

The numbers come from specific monitoring points and do not represent a precise total of flu cases in the county, officials explained while declining to estimate what an exact total might be.

“I’m in the ER right now, and already had three flu cases today,” LaFree said Feb. 13 over the phone from the hospital’s Emergency Department of which he is  chairperson.

“It was bad two years ago; last year was not bad, but this year is bad again,” he explained.

January was the busiest month for the El Centro ER since December 2017, and it’s “almost all attributable to flu,” LaFree added, noting during the winter about 50 percent of all ER traffic is due to flu or suspected flu.

Flu cases are beginning to “taper down a bit; the cases peaked in mid-January. But we’re still seeing a bunch of it,” the emergency doctor explained.

Meanwhile, this flu season has been particularly deadly for young flu patients across the nation, with 92 children dead from flu, according to Feb. 8 data released from the Centers for Disease Control and Prevention on Feb. 14. That is the highest total at this point in the season in a decade.

Most of those deaths have been attributed to an unusually early strain of influenza B, which tends to hit children and the elderly hardest, according to the CDC. A total of 62 pediatric deaths have been attributed to flu-type B. That total includes the one toddler who died from flu in December in Imperial County, according to local health officials.

In all, five deaths from flu have been reported in Imperial County so far this season, according to a Feb. 14 press release from Public Health. The December toddler death had been reported previously; the other four—a young adult, two middle-age and one senior—all came in 2020, the county reported.

Five deaths were reported for the entirety of the 2018-19 flu season in Imperial County, according to the press release. There are still 33 weeks left in the current flu season, Public Health spokesperson Maria Peinado stated in a Feb. 14 email.

Explaining What is Being Seen

On par with the rest of the nation, local health officials have seen a particularly strong wave of flu-type B start earlier this year and peak around December, before being overtaken by a surge of flu-type A cases, which include the H1N1 virus formerly known as swine flu.

Usually, type A hits first and type B strikes later in the season, Fierro said.

“This year we started seeing B in mid-November and peak in December. Normally, we see a peak of A (in February) and then a peak of B,” Fierro said. “We have never seen a peak of B higher than a peak of A like we’re seeing now. … Even at CDC, they can’t explain it.”

Although the number of positive cases has doubled, that doesn’t mean the strains are any more virulent or deadly this year than last, officials added.

Testing is up at ERs and clinics, and LaFree said more people are showing up to the hospital to have their respiratory-type ailments checked because of all the media attention being garnered by the deadly coronavirus outbreak that began recently in China.

People are coming into the ER who might “normally ride it out,” LaFree said, referring to their respiratory illnesses.

“Most influenza surveillance indicators are higher this season than they were last season,”  Wendy Hopkins, a state Department of Public Health spokesperson, reported in a Feb. 13 email.

More on the Season’s Deaths

Locally, three who died from flu had underlying health conditions, the county press releases stated. It is unknown if any had been vaccinated, because that information was not reported, it adds.

Munday revealed during a previous interview the toddler had died from flu-type B, but county officials did not provide what strain killed the other four.

Since the Sept. 29 start of the flu season, there have been 266 flu-related deaths reported in California, according to state Public Health.

“The 2019-2020 influenza season in California has been similar to what is being seen in other parts of the United States,” Hopkins stated in response to a question about whether the state has any factors that would make it worse, such as warmer weather or more visitors.

CDC was to soon release specific data on the effectiveness of this year’s flu vaccine but stated the four antiviral medications have proven more than 99 percent effective. However, that would be news to ECRMC’s LaFree.

“Anecdotally, from what I’ve heard … the vaccine’s not as effective this year,” he  said. “That’s one reason I’ve heard it’s been so bad this year.”

Epidemiologist Fierro did not agree, saying this season’s vaccine contains two types of B strain and two types of A strain, including those that are responsible for the high positive cases this year (B Victoria and A H1N1).

The vaccine is not going to be 100 percent effective, and even when it is working, its efficacy is about 50 percent, Fierro explained.

The vaccine’s true measure is that people are “not getting too sick” and that the elderly and very young are only getting the flu at “mild and moderate” levels, she stressed.

The vaccine is primarily geared toward aiding a “herd immunity,” or the potential for those who are vaccinated to help prevent a virus from spreading to the minority of residents who can’t get vaccinated for medical reasons, Fierro said.

Behind the Numbers, County Surveillance

With 33 weeks to go in the surveillance season, it’s not yet known how high the local numbers will get, Peinado stated. So far, 992 suspected cases of flu have been tested as of Feb. 1, with 37 percent coming back positive (the 369 cases reported so far).

“We have one of the best reporting programs in the country. We send more cases and capture more cases than many other places,” Fierro explained.

The county works closely with the CDC, she added, and sends all its suspected cases to the Naval Health Research Center Lab in San Diego from two separate surveillance programs through which the county draws its cumulative totals.

The larger of the two programs involves what is called “Influenza-Like Illness” monitoring through three Clinicas De Salud Del Pueblo clinics in Brawley, Calexico and El Centro, and the emergency departments from ECRMC and Pioneers Memorial Healthcare District, Fierro explained.

The smaller program tests and tracks “Severe Acute Respiratory Infection” cases from the two ERs only. That program isn’t solely for flu, however. Fierro said it also tracks such illnesses as the common cold.

So far, 347 of the positive cases this year have been found through the ILI testing and 22 cases through the SARI testing.

Although it does not track positive flu cases from other physicians and local clinics, Fierro said county health officials regularly communicate with other local healthcare providers to recommend they report their own data to the CDC on a regular basis.

Health officials across all localities agree getting vaccinated is still essential, as well as adhering to the protocols recommended by health professionals to limit the spread on the virus.

CDC recommends that everyone six months and older receive a flu vaccine every year.

Flu shots are available at the county Public Health Department on a walk-in basis during regular hours for $5. Additionally, the flu vaccine is available with local physicians, community clinics, including Clinicas De Salud Del Pueblo Inc. and local pharmacies, according to the county.

To stop the spread of flu and other respiratory illnesses, it is recommended people:

· Stay home while sick and limit contact with others

· Cover your cough or sneeze with your sleeve or disposable tissue

· Wash hands frequently and thoroughly with soap and warm water, or use an alcohol-based hand sanitizer · Avoid touching your eyes, nose and mouth