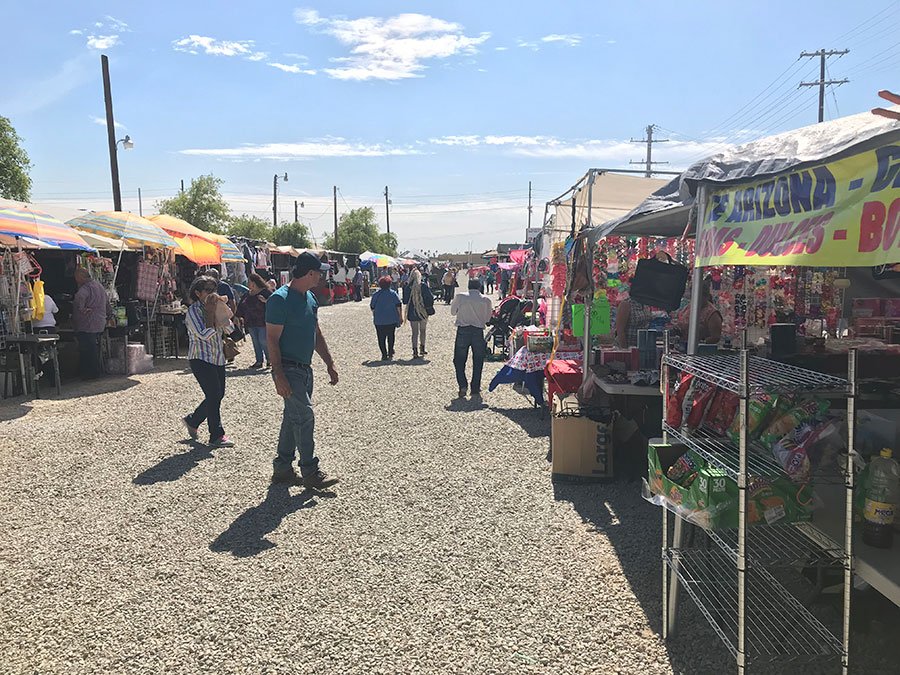 CALEXICO — As talks continue with Calexico officials about bringing the area’s two outdoor swap meets up to code, discussions seem to be unfolding much differently between principals involved with closed Santo Tomas than they are with the ownership of Las Palmas.

Las Palmas officials reportedly met to fill in city officials on the progress of a major renovation and expansion already under way. It would not only bring the swap meet up to code but add amenities, a Calexico City Council member said.

Meanwhile, Calexico and Santo Tomas representatives remained tight-lipped about talk both sides have previously said may lead to the re-opening of the marketplace, where much work is needed to address dozens of alleged code violations. There continues to be disagreement on how to get there, officials have said.

To further complicate matters with Santo Tomas, city management was informed Feb. 5 that Calexico and Santo Tomas operators have been named co-defendants in a lawsuit filed in county Superior Court by 18 former vendors. It alleges damages and loss of property from a December 2018 fire.

Santo Tomas and Las Palmas are both in violation of various building and fire codes that were put under a microscope throughout 2019 when some of those violations were alleged to have contributed to the Dec. 8, 2018, fire at Santo Tomas.

That ultimately led Santo Tomas owners to permanently close in summer 2019 rather than make the repairs.

The city also passed a new ordinance in September that spelled out basic operating requirements that have made demands on all swap-meet operators. Those demands have not been universally accepted.

Work is already underway for a total “redo” of Las Palmas by owner Brenda Martinez. It is scheduled to culminate with a grand re-opening event and concert in September, City Council Member Morris Reisen said recently.

Martinez has not responded to several requests for comment.

“They (Las Palmas) have an action plan to redo the whole place,” Reisen said during an interview Feb. 8, one day after Martinez and a group of engineers and real estate advisers she employs met with city officials in city hall.

The meeting was to let the city know what was planned for the site and that Martinez would be done with all the work, including addressing existing alleged code violations, by September, Reisen said. About a dozen people attended the meeting, including the city manager, assistant city manager, the fire chief and two council members, and himself, he added.

Among the plans for the business include resurfacing the enter swap-meet area, which is now dirt, adding a grassy area for soccer and building an outdoor stage area for concerts, Reisen said.

Some of the work that would both address alleged code violations and demands of a new swap-meet ordinance enacted in September involve Martinez adding fire-retardant canopies to all outdoor shopping areas. There would  also be fire-proof containers to store all vendor merchandise left on the premises overnight, Reisen said.

Las Palmas, as of summer 2019, was in violation of a reported 18 building and fire code violations, based on a February 2019 inspection by the Calexico Fire Department.

Las Palmas and city officials have largely had a good relationship through much of the talk about code violations and while the city was drafting its new swap-meet ordinance, officials have said. Martinez has worked with the city to either correct the violations or set timelines as to when they would be addressed, officials added.

Las Palmas is open six days a week, with its busiest day still considered Wednesdays. It is closed Mondays.

Calexico hasn’t given up on trying to convince Santo Tomas owners and operators to re-open the 40-plus-year-old business at 1102 V.V. Williams Avenue, but it’s not clear where negotiations stand.

City officials, both in city hall and among the council members, and representatives of Santo Tomas’ owners and operators, the C.A. Martinez family (no relation to Brenda Martinez of Las Palmas), and a group of former Santo Tomas vendors have agreed to not speak publicly about the talks, Calexico Mayor Bill Hodge said recently.

Reisen said Feb. 8 that all he can say is Santo Tomas wants to reopen the business but both sides have agreed to keep quiet until “everything is set in stone.”

Santo Tomas officials are still “distrustful” of the city and think the city forced its  closure, Reisen said. Part of the discussions have been about regaining trust, he added.

“We don’t want to jinx anything,” Hodge said Feb. 6. “We’ve got hope there. It’s best to keep working on it behind closed doors and take the appropriate time before we become more transparent.”

Most of the meetings the city has had with Santo Tomas have reportedly been outside city hall and involved Assistant City Manager Miguel Figueroa to some degree. But mostly it has been Hodge and Reisen meeting with Santo Tomas general manager Juan Carlos Gonzalez and others representing the vendors.

The last time the sides met was Jan. 30, Hodge said.

When Santo Tomas closed, there were reportedly more than 50 alleged building and fire code violations that still needed to be addressed. These violations prompted the city to sue Santo Tomas to stop operations in early 2019.

After court-ordered mediation, the city dropped its suit and allowed Santo Tomas to reopen on a limited basis in the spring. However, the company decided to close for good due to disputes over bringing the facilities up to code and impending regulations from the new ordinance, which at the time of the closure had not been approved.

In late December, a Santo Tomas spokesperson said a requirement to provide fireproof containers for all vendor merchandise left on site overnight was a “dealbreaker” for the company in re-opening. The spokesman, general manager Gonzalez’s son, Carlos Gonzalez, said at the time that unless the city relented on that requirement the Martinez family would not re-open the swap meet.

Carlos Gonzalez did not respond to repeated requests for comment for this story.

City Manager David Dale has said he would not relent on that requirement out of respect for safety, but if the council voted to change the ordinance, so be it. The council has not had anything remotely connected to the ordinance on the public agenda since Dale said that Dec. 22.

Non-code-compliant, faulty electrical wiring was the cause of the  2018 fire that destroyed from one-quarter to one-third of the vendor stalls at Santo Tomas. The fire was fueled by vendors’ merchandise stacked and stored behind chain-link fences and left overnight, Dale and the fire chief have said.

The requirement in the ordinance to remove that merchandise and store it in fireproof containers everyday was in direct response to the fire.

Although not much different than an earlier claim for damages rejected by the city in June 2019, an attorney representing a group of former Santo Tomas vendors has filed suit in county Superior Court over lost property and damages from the fire.

Like the claim, the complaint, which was served on the city Feb. 5 by Walter Clark Legal Group of Rancho Mirage, alleges the city knowingly allowed dangerous conditions at the swap meet to persist even though the city knew the property was in violation of city codes.

The suit also alleges the city did not provide ample warning to the claimants of the dangerous conditions, and that the city knowingly allowed fire hazards at the premises, failing to take reasonable steps to protect claimants.

What’s different with the suit is that Santo Tomas is now named as a co-defendant, with plaintiffs seeking compensatory relief from the city and GM Juan Carlos Gonzalez as an individual and Santo Tomas Inc. as an entity. Plaintiffs are 18 individually named former vendors.

The suit does not ask for a specific dollar amount in damages other than to say, “over $25,000.” The case is due in front of Judge Jeffrey Jones on June 15 for a case-management hearing. 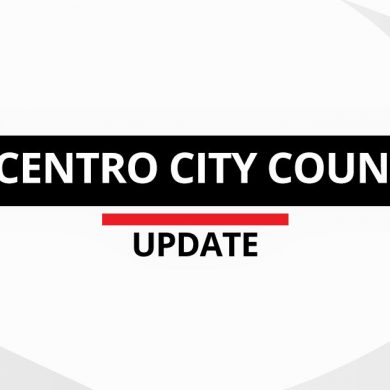