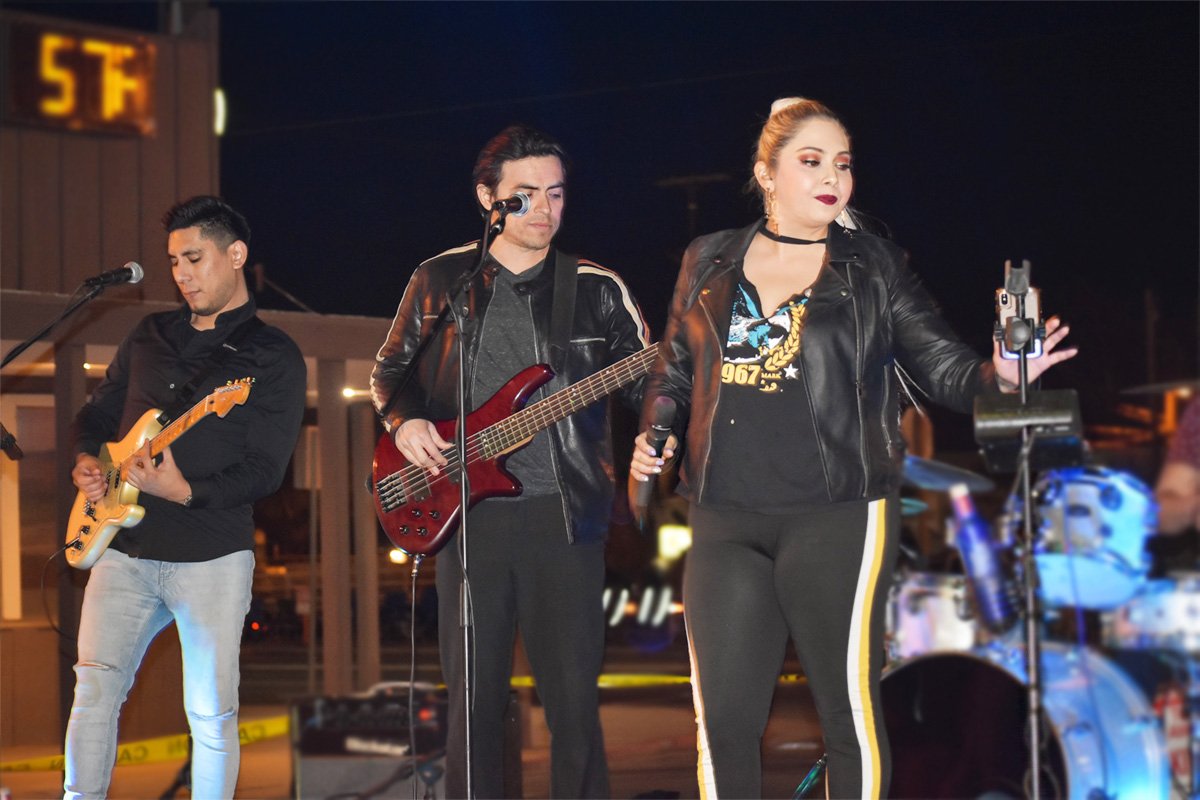 HOLTVILLE — Of course, the Carrot Festival is well known for a delicious variety of traditional carnival and southwest/Mexican food offerings but those who hunger for great music got a treat with a popular band, Brawley-based Sweet Rock.

Warming up on the Holt Avenue stage minutes before the 7 p.m. gig on Feb. 7, Favio Riveras, bass player, was pumped to kick out the jams with classic rock of the 60s to 80s set list. Riveras explained the band’s repertoire also includes Spanish rock and Cumbia “if people are in the mood to dance, but I like the classic tunes.”

The Friday night concert was part of a full week of Carrot Festival activities. Nearby, the carnival attracted throngs with its colorful lights and thrilling rides and games.

The musician made it clear he would not just be a performer, vowing to take in the evening’s fun.

“It’s our first time we’ve played the carnival,” he said. “Right now, it’s perfect weather. I can play without a jacket. I’m looking forward to the food. I’m sure they got churros for frying. But I hope they have the regular churros.”

Arriving from San Diego, Yolanda Leyvas, who grew up in Calexico, was in town to visit her brother, Cornelio Leyvas.

“I hear they’re having a parade tomorrow so I’m definitely coming back,” said Yolanda. “I’m here for the food. This is my home town area but I was never at the Carrot Festival and I wanted to give it a try.”

Abel Buenvostro was attending with his family and said he was looking forward to a new experience.

“I’ve never been to the concert before. I’m here for the tacos,” he said. “But this is my kind of music. The singer (Karen Fernandez) sings in both Spanish and English.”

Andrew Buenvostro, 14, explained he is a fan of the rides and he especially liked the Fireball, an extreme thrill ride.

“It was pretty amazing,” he said. “I also tried the Free Fall and that one was kind of scary. I’ll be back tomorrow (for parade) because I have friends at the middle school who are in the tall flags drill team.”

Former Holtville resident Yesinia Echergaray said she drove eight hours from her current home in El Paso to visit family with her children, Anthony Cortez, 10, and Daphne, 7. Among their plans was to ride kiddie rides such as the Dragon Wagon, the miniature roller coaster.

Although few adults were willing to strut their stuff to the up-tempo rhythms of Sweet Rock, Callen Merton, 5, found her inner Jennifer Lopez and danced exuberantly with a series of fluid dance steps.

“I really wanted to go on the stage with the band,” admitted Callen. “All my friends are riding the rides tonight. But I like ‘Moana’ (Disney animated feature). I love singing Moana’s music.”

“I fly planes and helicopters for the agriculture industry,” he said. “Callen has been looking forward to the Carrot Fest for a while. She’ll be riding the Noah’s Ark (pre-school) float.”

“Business is good tonight,” he said. “We don’t have a storefront but we will do catering. We go everywhere and we’ll be here for the parade.”

Sampling a Michelob Ultra he purchased at the beer garden, Jordan Taylor, Best Buy manager, praised the music. He said he planned to return the following morning for the running competition.

“I’ll be running. My kids are doing the one mile and my wife will race in the 5K,” he said. “But, my God, every kid in Imperial Valley is now obsessed with Fortnight (online game app). So we’re trying to get the kids into a more healthy lifestyle than sitting in front of a screen. Both my kids play in the Sunbeam Little League.”

Ross Daniels, a board member of the Holtville Chamber of Commerce, the festival organizer, was working the beer garden and noted he was pleased with how things were running. “I think this is a great crowd. We beat the turn out from last year,” he said. “I think a lot came out because of the mega reunion (for all Holtville High School graduates). This band is great–third or fourth time I’ve seen them. They’ll be back for the Pulled Pork cookoff on March 14. It’s organized by the Holtville Rotary. And, of course, we’ll have the corn-hole tournament again.” 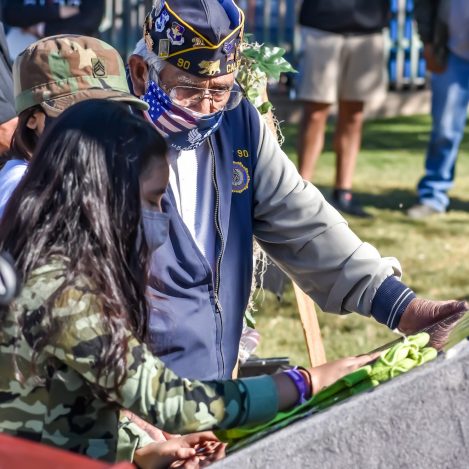