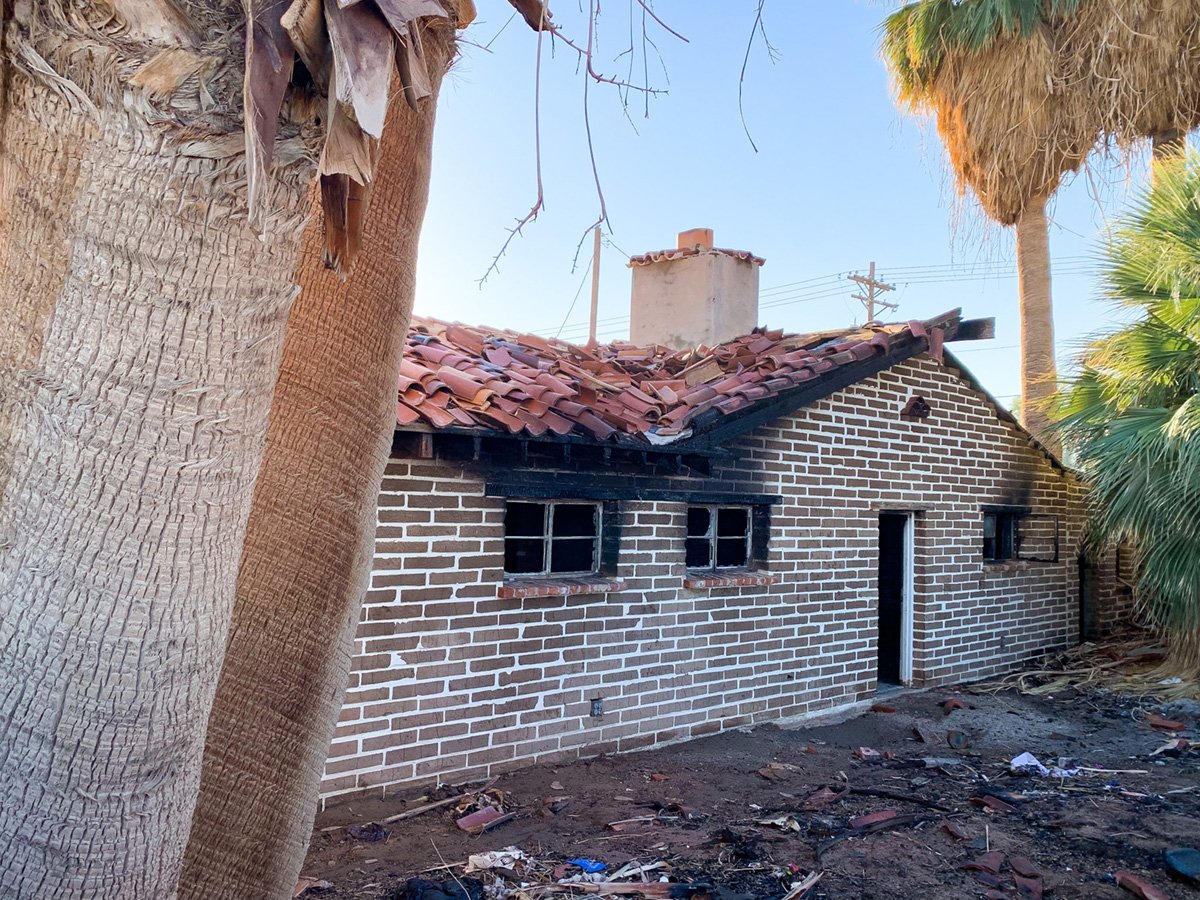 A vacant former church just outside the Calexico city limits burned on Feb. 5, among the most recent in a rash of fires in and around the city thought to have been caused accidentally or intentionally by transients. | Corissa Ibarra photo
Home
Featured Stories
In Featured StoriesLocal News

CALEXICO — Two more vacant property fires around Calexico recently appear to once again have been set by transients, including a fourth blaze set at the corner of Seventh Street and Emerson Avenue, authorities said.

“We’re in response mode rather than proactive mode because of the resources available to us right now,” Dale added when asked if it’s gotten to the point where a task force or other enhanced response is warranted.

The latest fire ignited at the Seventh and Emerson location around 11:30 p.m. Feb. 7 appears to have now completely razed the vacant single-family dwelling. It has been the site of several previous fires, Calexico fire Capt. Eduardo Rivera said Feb. 10.

It is hoped the latest blaze ends the fires at that location, Rivera said, since “there’s nothing left to burn.”

Although a couch was lit ablaze on the same property a few days prior to the Feb. 7 fire, Rivera said the main damage had come from fires set Jan. 4 and Jan. 17. All  are thought to be either the accidental or intentional work of transients known to frequent the area. Fueling arson suspicion is the fact that there has been no power or gas running to the property and evidence of cooking and warming fires could be found, officials have said.

Rivera could not say whether the Feb. 7 fire was intentional or accidental. However, he did say the investigation of the Jan. 17 fire revealed an unidentified person was caught on a nearby security video leaving the property after that fire.

The captain did not say whether that meant the Jan. 17 fire was an act of arson.

None of the large fires so far have caused city officials to become concerned about serial arsonists per se, Rivera added. The blazes do reveal a larger problem with transients squatting in vacant properties throughout the city and causing the fires.

Two Calexico crews — one each from stations No. 1 and 2 using a truck with an aerial nozzle — took down the Feb. 7 fire within 15 minutes without calling in mutual aide, Rivera said.

Two nights earlier, around 7 or 8 p.m. Feb. 5, a fire was reported at a vacant property on the corner of Kloke and Cole roads just outside Calexico on county land, said Imperial County Fire Department Battalion Chief Danny Stauf.

A second alarm was called and crews from Holtville, El Centro and Calexico responded, Stauf explained. The location had been vacant for years but had formerly been a church, he added.

With a single structure with noticeable flames emanating from it when crews arrived, Stauf said there were two other structures on the compound, both of which were about 100 yards away. There wasn’t a great need for structure protection other than to safeguard Imperial Irrigation District infrastructure from burning, he added.

Stauf said power to the vacant structures had long been off, and there was evidence on site transients had been living inside the structures with makeshift grills and bedding found in the area. In addition, he added, it is a known spot for transients to congregate.

Both the latest fire at Seventh and Emerson and the Kloke/Cole fire remained  under investigation.

The fires are the most recent in a rash of blazes in Calexico that began with trash bin fires and more recently escalated to structures.

On the morning of Jan. 20, transients were thought to have set a massive four-alarm blaze at the former Elks Lodge on Third Street and Rockwood Avenue. It required the assistance of as many as 50 area firefighters. That blaze also is still under investigation.

Rivera said recently that as many as 100 fires in 2019 and possibly as many as 10 fires so far in 2020 have been caused by transients, considered a combination of accidental and intentional.

Frequent trash-bin fires downtown are among the reasons the city council has recently voted to place locked gates on some alleys and require locks on trash bins in that area. 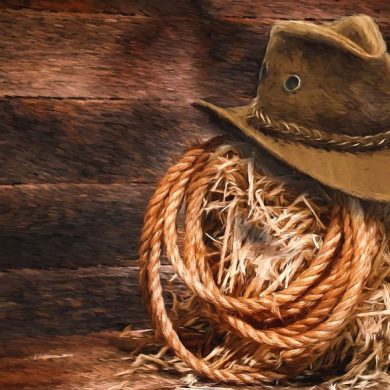