CALEXICO — The next phase of construction on a nearly $400 million renovation of the Calexico West Port of Entry is expected to begin in April and be completed in spring 2023, a federal official said recently.

The 36 months for construction beats by six months an original timeline issued in 2019, said Anthony Kleppe, a regional land port of entry program manager for the federal General Services Administration overseeing the project.

“We will be seeing activities on the ground in Calexico shortly,” he said in a Jan. 27 interview.

The $191 million phase 2A of the downtown port project was funded in the 2018-19 federal budget. It includes new vehicle inspection lanes with canopies and booths, and a new port administration building.

There had been no updates on the project since August when the GSA reported it was seeking bids for a project general contractor. That firm, Hensel Phelps, was chosen in October, allowing the project to proceed, Kleppe added.

Among Phelps’ first tasks was updating the project specifications. Also involved was designer Perkins & Will Architects.

“What has been completed is a design refresh. The original design was in 2012,” Kleppe said, describing the process as “an internal review to ensure the design complied with GSA requirements and the requirements of our client, the Department of Homeland Security.”

Asked what specifically the review involved, Kleppe explained, “With (port operator U.S. Customs and Border Protection) and evolving technology we want to make sure the construction is consistent with building the best facility we can and meet the travelling public’s needs for the next generations.”

The new facility needs adequate electric power, data capacity and energy efficiency, he added, stating, “There’s a lot of important technology that goes into CBP’s operation and we want to make sure we have the infrastructure to support that technology.”

The plans review did not alter the major components of the project and in fact caused the completion timeline to be moved up, Kleppe noted. Originally, the project was expected to take 42 months from GSA’s notice to proceed, according  the website fedbizopps.gov, which provides information on GSA projects for prospective bidders.

Next, in February, it is anticipated there will be a 100 percent set of construction drawings, Kleppe added.

He said he did not know if Phelps would hire local subcontractors.

While phase 2A of the port project moves forward, the $85 million phase 2B, which includes a proposed new pedestrian crossing, remains dead in the water. It was not funded in the 2019-20 federal budget despite being proposed in the U.S. House version of the annual fiscal document.

Though Imperial County and Calexico officials have lobbied heavily for phase 2B, Kleppe said its delay will not affect the progress or operations of phase 2A. The $98 million phase 1 was completed in fall 2018. It includes news vehicle-crossing lanes, a southbound bridge over the New River and a new headhouse. The project allowed the port to connect with Cesar Chavez Boulevard instead of the long-used access from Imperial Avenue, a move local officials agreed improved traffic flow. 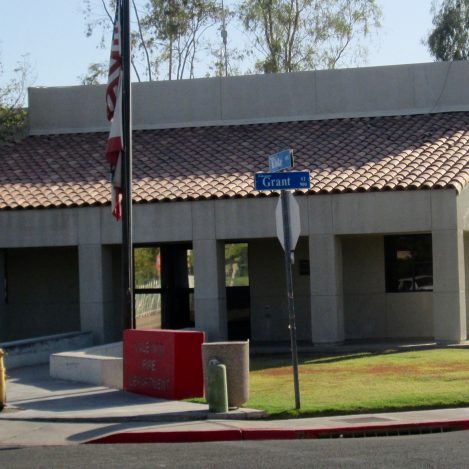