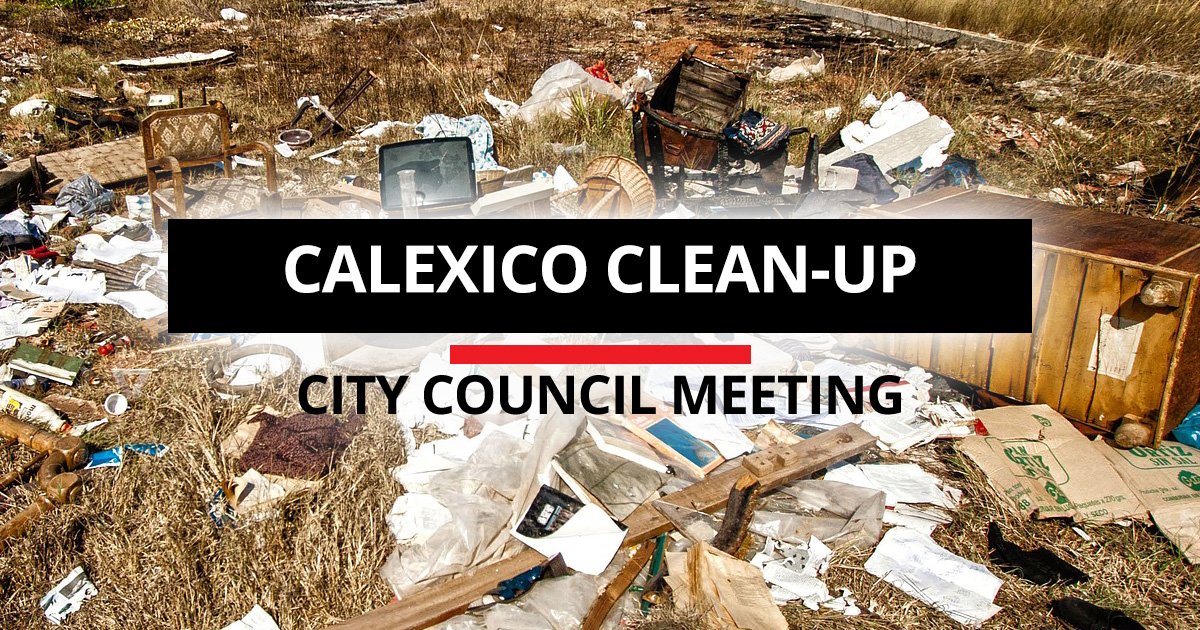 Calexico to Consider Contractor to Help With Clean Up

CALEXICO — With changes to its nuisance-abatement ordinance still pending final approval, Calexico officials are wasting little time seeking to hire a firm to carry out the program meant to clean up properties in violation of the reworked ordinance.

The Calexico City Council at its Feb. 5 meeting was expected to consider an agreement with Fire Prevention Services, Inc., of El Cajon. The firm would carry out “weed and rubbish nuisance-abatement services,” according to a report to the council prepared by City Manager David Dale.

The meeting occurred after this newspaper’s deadline.

At the same meeting, the council was to consider final approval on the revised nuisance-abatement ordinance. If approved, the ordinance would go into effect after 30 days.

The changes to the nuisance-abatement ordinance would further define what constitutes violations, including piled up trash, overgrown weeds and other eyesores.

The ordinance would protect the city from liability on proceeding with the cleanup of such sites while letting property owners know what they can expect of the process. Meanwhile, the services agreement under consideration would put in place the company carrying out the duties.

“The city does not have the necessary resources, both in staff time and funding, to conduct abatement for weed and rubbish problems,” Dale’s report states. “Therefore, it is recommended to engage a consultant to design and implement a comprehensive nuisance-abatement program providing weed and rubbish nuisance-abatement services. The agreement is free of charge to the city. All costs will be recovered from the property owners per the city municipal code.”

The contract with Fire Prevention Services would be good from its approval through Dec. 31, 2020, with up to five automatic one-year renewals.

All the duties handled by Fire Prevention Services, which would include inspection services, administrative services, trash and weed removal, even down to posting notices and preparing reports, will cost the city nothing. All costs, according to Dale’s report, come from the detailed billings sent to the property owner who is in violation of the ordinance.

Calexico officials have been focusing heavily on decisions meant to clean up the entire city, but also zone in on the blighted downtown shopping district. Other actions include enhanced street-sweeping, locked gates on alleys, and requiring downtown business owners and merchants to lock their trash bins, the latter of which was also up for final approval on Feb. 5.

Many of the decisions, including the nuisance-abatement revisions, are also meant to stop the possible spread of fires on areas with overgrown weeds and trash, Dale’s report states. 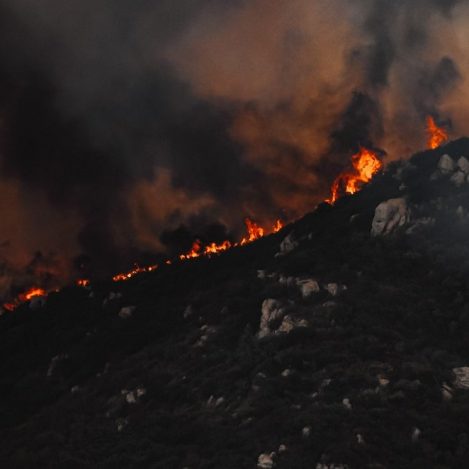 Air Quality Could Suffer in Imperial Valley Due to Valley Fire