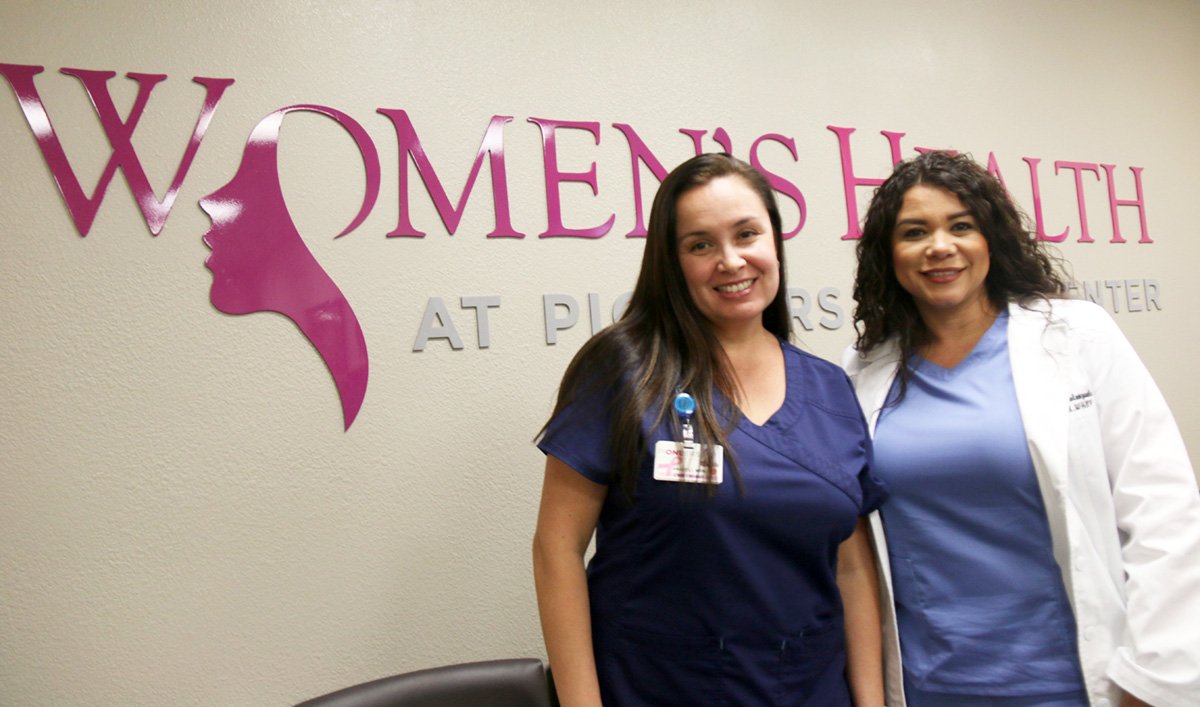 BRAWLEY — When employees take time off work for professional development it is a moral boost to know their employer is supportive as two labor and delivery nurses for Pioneers Memorial Healthcare District discovered.

The pair not only improved skills but returned to benefit the community. Both are now qualified to work in general gynecological care to obstetrics through post-partum monitoring.

“We knew we wanted to finish grad school but were uncertain where we’d practice,” said Nelson.

“Pioneers approached us just before graduation as to what are plans were and our focus was to have both of us delivering babies,” added Valenzuela. “That was key because as midwives we can do everything a physician can do (in the delivery unit) except C-section delivery.”

That offer came more than four years ago in September 2015 and since that time Pioneers has had a successful midwives program with Valenzuela and Nelson leading the way.

While graduate school was a means to advance to a higher level in the medical profession, both said their nursing experience was especially useful. It was steeped in patient advocacy in all aspects of medical care–being there for the patient throughout the palliative care process.

“So we see a patient from the time they have a pregnancy verification through 40 weeks (9 months) and then see them two weeks later for postpartum depression screening and see them again four weeks later,” said Valenzuela.

That intensive care does not intimidate either nurse and, in fact, is motivational as something for which both have a passion.

“The fact we get to take care of women gives us satisfaction and the Pioneer’s Women’s Health Center is an all-women staff,” said Nelson. “We can see women for any concern, not just pregnancy. It does not have to be in regard to a particular problem but just questions about women’s health.”

Nelson and Valenzuela noted January was Cervical Health Awareness Month and that the Women’s Health Center offers a test to detect cervical cancer.

“It’s early detection and prevention and it’s recommended all women get tested starting at age 21 and thereafter once a year,” said Valenzuela.

Also recommended is the Gardasil 9 vaccine to protect against Human Papillomavirus (HPV), the main cause of cervical cancer.

When caught in the early stages there’s an 80 percent chance of beating the cancer, the Women’s Health Center reports. But if people are uninsured they are automatically covered by California’s Office of Family Planning Family Pact, explained Nelson. “So there’s no excuse for not having it,” she said. “It’s like any cancer: the longer you wait for a screening, the worse the prognosis becomes.”

Previous
Update: How Many Jobs Could Battery-Storage Industry Create?