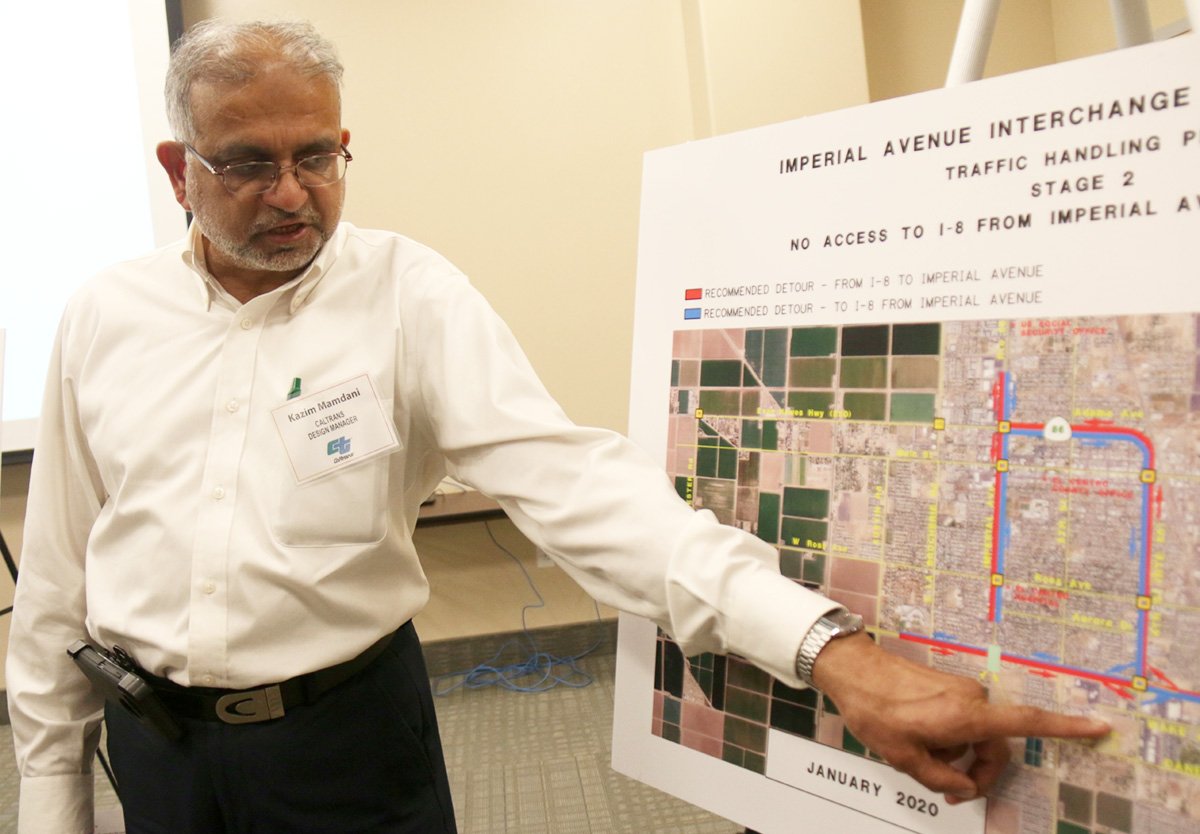 EL CENTRO — It is never too early to prepare and that was the point of the Jan. 15 forum to clue in motorists on the coming traffic ruckus during the Interstate 8/Imperial Avenue interchange project.

The event was co-hosted by the California Department of Transportation District 11 and the city of El Centro at El Centro Regional Medical Center. It followed a media event on the project two days earlier, exemplifying the gravity of the coming construction.

Dozens of residents stopped by the hospital Medical Office Building at 1271 Ross Ave. to view the schematic displays on Jan.15.

The changes to the traffic flow will benefit a lot of families living in the Farmer Estates subdivision on the city’s south side, said forum attendee Ernesto Benitez, who resides there and commutes to his job at an Imperial Irrigation District office near downtown El Centro.

“The only way for them to get out of the subdivision over to the north side of the city is cross I-8 and once across, use La Brucherie (Ave.) to drop off their kids at Southwest High School,” he said.

“Then going north there’s more elementary schools near Waterman and it gets congested. So it’s a good thing they widened LaBrucherie to extra lanes because it relieves the bottleneck,” he said, referring to another recently completed road project.

The I-8/Imperial Ave. project has two components. In the first, starting later this year and expected to be completed in 2022, Caltrans will reconfigure the interchange. That will result in partial closures of the interchange and require drivers to use alternative access to I-8. Next, El Centro will begin extending Imperial Ave. south of the highway.

Once the Imperial Ave. extension is complete it will relieve a lot of traffic like La Brucherie, Eighth and Fourth streets, Benitez predicted.

“I understand the process but the construction will only be temporary so the Imperial Ave. extension benefits south side residents like myself,” he added.

As the work proceeds it will be important for motorists to understand the changes in traffic flow, officials said.

“This project is a long time coming (with the) prospect for growth,” said Johnson. “Hopefully the public will use patience so Caltrans can provide us with a more efficient way to navigate the highway and south side of the city.”

“It’s going to be a trying time. That’s why we’re asking people to sign in tonight to get their contact information and keep them informed,” Cather said. Concerning the project timeline, he added, “We already have all the funds ($42 million from the state Transportation Commission). It’s just a matter of selecting the lowest, responsible bidder. Since we don’t know how fast that will take that’s why we say the start date could be from anywhere from April to June.” 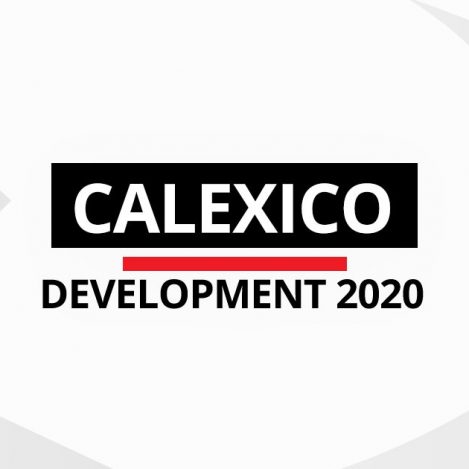