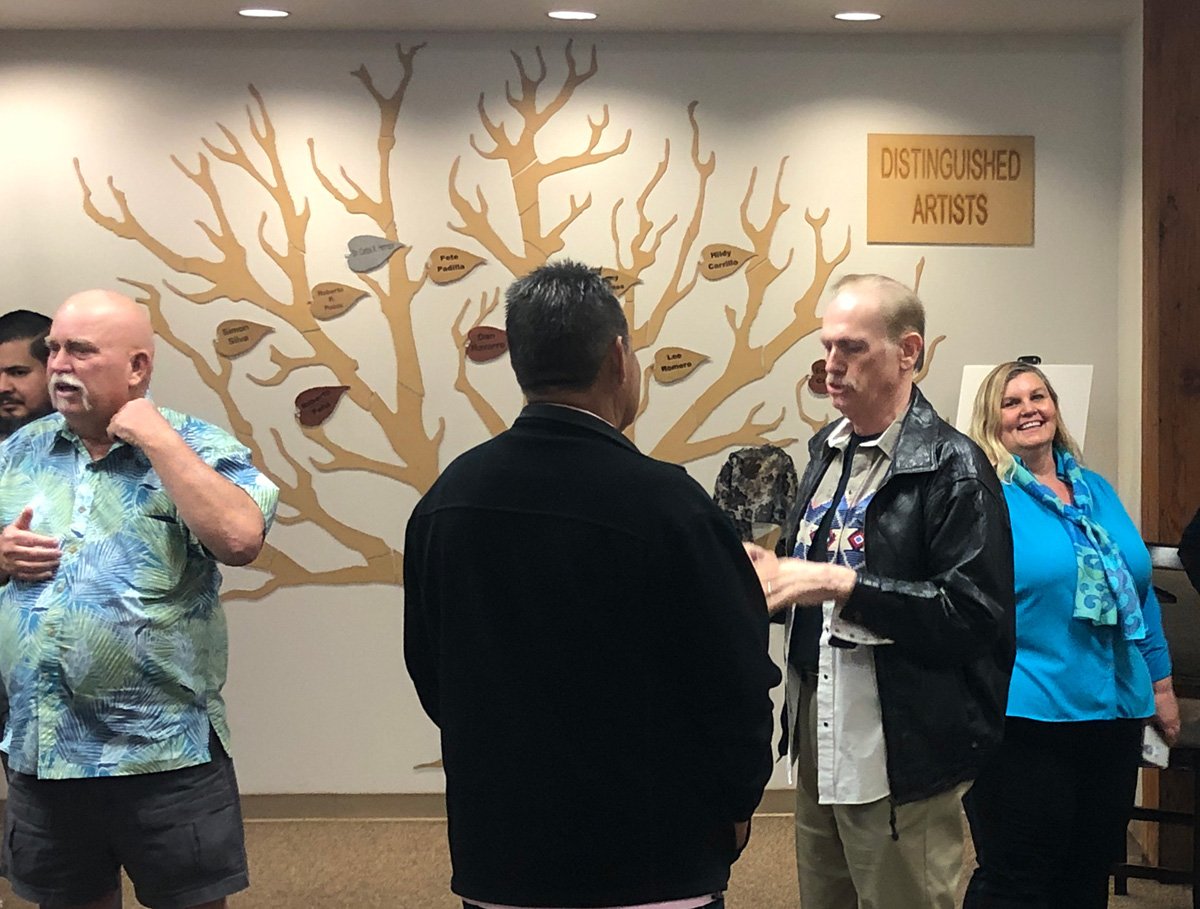 CALEXICO — The steady beat of live music pulsed from the Carmen Durazo Cultural Arts Center in Calexico on Jan. 18 as people filed in, carrying food dishes, tables and chairs in preparation for an event honoring two artists.

The evening’s feature was a leaf unveiling ceremony, which serves as an induction into the cultural center. At the entrance of the lobby an elaborate depiction of a tree covers an entire wall with leaves that each represent an honored artist. The two new leaves were covered prior to being revealed.

“An artist must be sponsored and must submit a full-page bio along with an application to be considered,” said Carmen Durazo, the gallery’s namesake. “Even if a local artist moves far for their career, like our inductees tonight, they are still eligible to be inducted if a reasonable contribution to the Calexico art scene is evident.”

The evening’s honorees were Monica Ketchum and Elizabeth Ibarra who were hurriedly putting the final touches on the displays that featured their art. Following the event their works were to be displayed from Jan. 21-23.

“I began to study art when I was a little girl,” said Ibarra. “I must have been around nine years old.”

She added, “Ever since I spent a winter in Greece as a girl, Greek mythology, architecture and influence has been a major component of my works.”

Ibarra’s series of paintings, “Archetypology,” a love letter to Greek culture, was featured at the gallery.

“My son is about to be two this upcoming March,” explained Ibarra. “As a result of my son’s influence on me my work has been featuring more family themes lately. I’ve been focusing my efforts on implementing my newfound feelings about family into my work.”

A native of Massachusetts, Ibarra has lived in several locations and currently resides in Imperial Valley with her family. Besides having extensive exhibits of her works, including at the Durazo Center, she has worked as an artist for the Calexico Arts Council and taught children’s art classes for the City of Calexico Recreation Department.

Contrasting Ibarra’s art was the portion of the gallery that featured Ketchum’s display.

“I try to focus primarily on abstract art,” explained Ketchum. “That contrast in colors and geometry is what I try to emphasize the most.”

Ketchum noted she is self-taught and is an avid traveler. Her eye is often drawn to indigenous cultures or ancient designs in art and she now incorporates these motifs into her own work.

“I actually have a background in interior design and focused on that for a while. I even started to paint a mural on the back of my house one year heading into summer,” said Ketchum. “Once April was coming to an end, the valley heat began to kick in and that inspired me to instead focus on some smaller works.”

Raised in Jacumba and Salinas, Ketchum moved to Imperial Valley in 2004 to start a business and quickly became immersed in the local arts community. A professor of history at Arizona Western College, she has also made time to volunteer for the Camarena Memorial Library summer artist at the library program, be a lecturer at San Diego State University-Imperial Valley Campus and be active in the Calexico Chamber of Commerce and Soroptimist Club. She regularly exhibits her work at the Durazo Center and supports its cultural events. 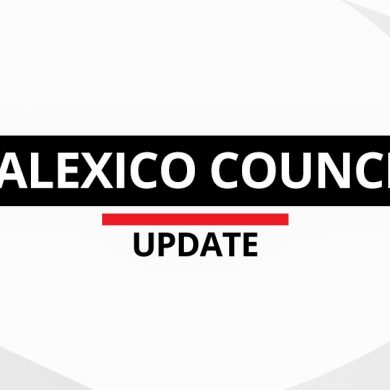 Grime of the Century: Calexico Council Fires Salvos Against Blight