CALEXICO — A pair of major fires in central Calexico were likely set by transients, including a massive four-alarm blaze downtown on Jan. 20 that required aid from as far away as Yuma, a city fire official said.

About 50 firefighters from every department in Imperial County and from both Yuma’s city and Rural Metro departments assisted to stop the spread of a fire in the 300 block of Rockwood Avenue on the morning of Jan. 20. It left the vacant former Elks Lodge building partially collapsed and unsafe to enter as of Jan. 22, Calexico Fire Chief Diego Favila explained.

Favila said due to its partial collapse crews have not been back into that building at 308-310 Rockwood to investigate the fire cause. Investigators were relying on eyewitness accounts and interviews with property owners to piece together what happened. The investigation is ongoing, he said.

However, the fire will likely be the result of squatters, the chief explained, who often enter abandoned buildings in the city and start fires to either warm themselves or cook. He said neither power nor gas was running to the former Elks Lodge as of Jan. 20 when the fire was first reported to the department around 8:20 a.m.

The fires come as the city has helped arrange temporary winter shelter for the homeless and sought measures to reduce downtown blight, including a proposal requiring locking commercial trash bins to prevent the frequent arson fires in them. By any measure, the recent structure fires mark a major escalation of the arson problem.

Trespassers are believed to have started a blaze at a vacant house on the corner of Emerson Avenue and Seventh Street, on the bubble of downtown, on Jan. 17. A second alarm was called and mutual aid crews from the county, El Centro and Holtville assisted, Favila said.

Both locations have been the site of previous fires lit by trespassers, Favila added. The power and gas were also off at the Emerson house.

As for the Rockwood Ave. fire, reports came into the department through 911 reporting heavy smoke was billowing from every window and opening of the two-story building, Favila said.

Initially, Calexico crews went in for an “offensive attack” but were met with heavy flames at the doorways and so reverted to a “defensive” position to protect nearby structures and businesses, Favila explained.

The chief added it took about an hour and a half to get the Rockwood fire under control, but by then a wall had collapsed. Crews remained on hand for much of the day. Four nearby businesses were affected, and they sustained minor smoke and water damage, but all were expected to be back open and operating by Jan. 24, he said.

Favila said the Elks Lodge had been vacant for several years. That time frame could not be confirmed, but the structure had not functioned as an Elks Lodge in the city since the fraternal organization’s charter was suspended by the national office in Chicago in 2012.

Former Elks Lodge member Tony Tirado, 87, said he was called the morning of the fire and drove out with his son to watch fire crews attempt to save the building.

The former member said he had many fond memories of drinking at the lodge bar, going to cookouts and New Year’s Eve dances at the lodge, both in the old second-story location on the other side of the building, and in the newer lodge that faced Rockwood.

Tirado said he intended to contact some former Elks Lodge members to see if arrangements could be made with the regional Elks office in Palm Springs to salvage the flagpole and a statue outside the building to memorialize the former lodge.

It wasn’t immediately clear why Calexico Lodge No. 1382 was closed in 2012. A former El Centro Elks Lodge board member recalled that declining enrollment and financial issues were part of the reason.

Bryan Klatt, the grand secretary of the national Benevolent Protective Order of Elks in Chicago, confirmed Jan. 22 the Calexico lodge was “defunct,” but said he would offer no further information because the Elks is a private organization.

A published media report from 2012 simply stated the lodge had its charter suspended at the national level for five years due to multiple violations, but more information was unavailable. Calexico Mayor Bill Hodge said Jan. 22 he had heard the closure stemmed over financial problems.

Tirado had no information about why the lodge closed.

Meanwhile, Favila said 911 calls came into the department regarding the Jan. 17 fire on Emerson around 8:05 p.m.

Firefighters arrived to find the house was fully engulfed and a second alarm was sounded to assist protecting nearby structures and businesses, including a couple of trucking lots, he said.

No firefighters were hurt in either blaze and no transients were seen in either vicinity when crews arrived, Favila said. 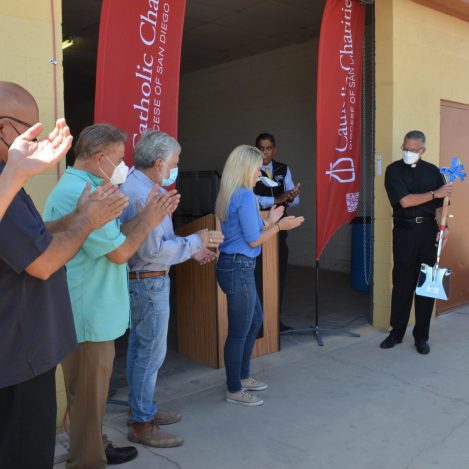