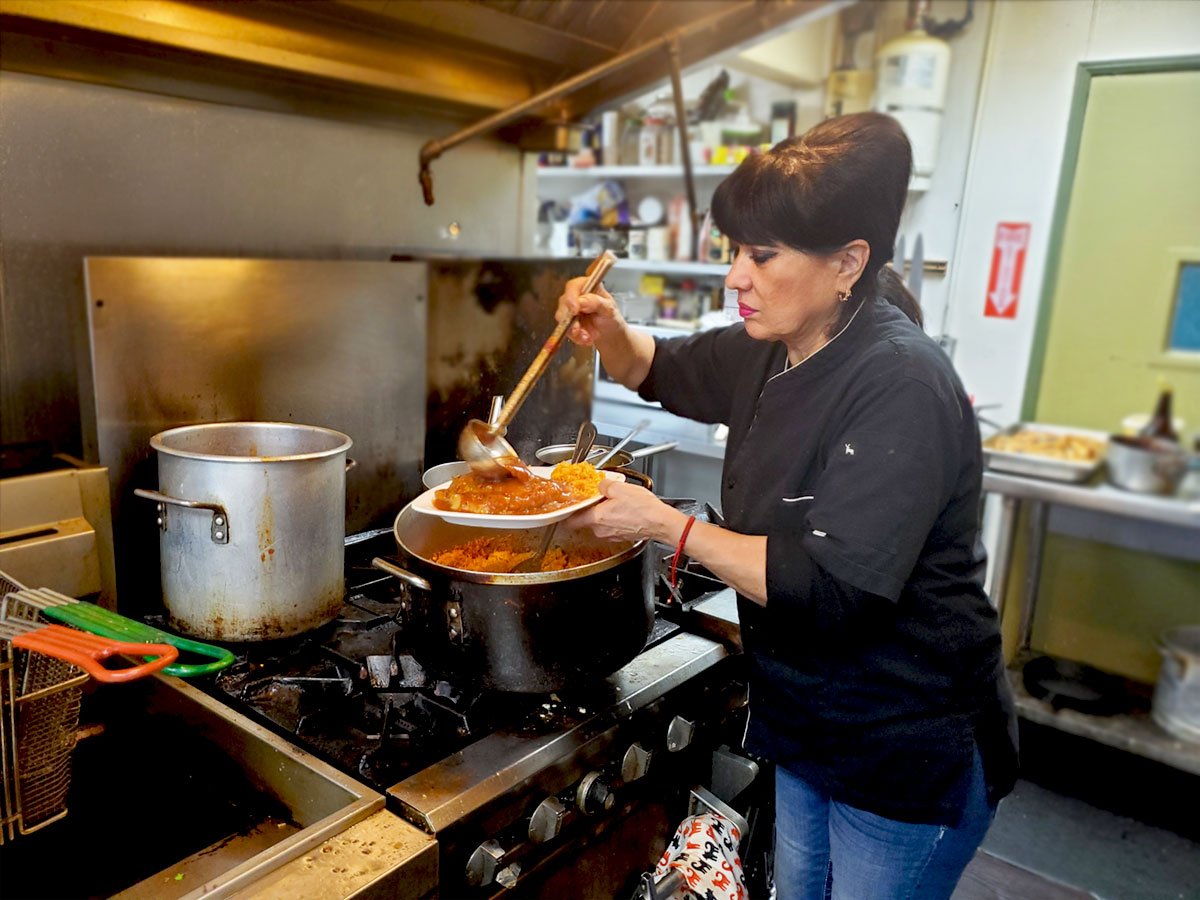 CALEXICO — Every now and then, a local business pops up on the radar offering an extraordinary service and as the story behind Rosa’s Plane Food shows, it is anything but ordinary.

Rosa Barajas grew up in Mexicali and her family tradition of creating remarkable food began all the way back with her great-grandfather in Michoacán. Barajas opened her first restaurant at the Calexico Airport in 1988.

“We opened a second restaurant at the Imperial Airport in 2015 and operated there until late 2017. During that time, I ran the restaurant in Imperial and my husband ran the on one in Calexico,” Barajas said.

Or at least that was the plan. Sadly, not long after Barajas opened her new Imperial local, her husband passed away and then the restaurant in Calexico closed.

In 2017, because of rising rents and other disputes with her landlord in Imperial, the restaurateur decided to close her location in Imperial and make the exodus back to the restaurant’s homeland in Calexico. The new location is at 445 S. Imperial Ave.

“We were greeted with open arms from our oldest customers when we moved back to Calexico. Everybody was really happy, and it was nice to see faithful customers that have been coming to us for decades,” Barajas recalled.

Over the years the restaurant became an icon not only in Calexico but throughout the entire Imperial Valley due to some of the Barajas’ signature dishes.

“Our most popular dishes are…. well, everything. People really like the ceviche, carnitas del Puerco, tacos, and the chile relleno. During the holidays we do tamales and we always have posole,” Barajas added.

The word savory doesn’t even begin to do justice when describing the chile relleno at Rosas. Oozing with cheese and red sauce, the plate is piled high with rice, beans, and salad, and complimented with tortillas, fresh chips and salsa.

Vivian Barajas, Rosa’s daughter, helps her mother in the restaurant, but revealed, “To this day, she (Rosa) is the only one who cooks at Rosa’s Plane Food and she uses recipes that go all the way back to our grandfathers.”

The certified Angus beef top sirloin and ribeye steaks served at Rosas are brought in from Texas.

“The steaks are really popular. My mother personally cuts all the steak off a big slab of meat and uses a secret recipe to season each steak. The steaks at Rosa’s are huge,” Vivian said.

The quality of the food has meant hungry customers have no problem making the journey to Calexico to satisfy their appetites at Rosa’s.

“We don’t get a lot of customers from Mexicali, but we do have people that drive here from Imperial, Brawley, Holtville, El Centro, Westmorland and every other corner of the Imperial Valley to eat here,” Vivian added.

The restaurant makes one type of salsa that is popular among all its patrons, Rosa Barajas said, explaining, “Some even come just to buy the salsa, beans and chips.”

Tortillas at Rosas are as good as they get and made locally daily for the taqueria.

Explaining some of the magic behind the food prepared at Rosa’s, Vivian Barajas added, “Everything we serve here is made daily in small batches so that everything is served fresh and tastes amazing.”

The restaurant also caters and Vivian said, “Ceviche is really popular for catering, but sometimes people want a specific theme of food for their party.”

Operating out of building on the Calexico Airport grounds for so many years Rosa’s Plane Food was frequented by many celebrities and Rosa Barajas still remembers what each of them ordered.

“Pierce Brosnan first ordered a bucket of Corona. Then he ordered ceviche, shrimp quesadillas and hamburgers for the kids,” she revealed.

Rosa recalled Harrison Ford’s order: “He came to the restaurant a few times. The first time Harrison Ford came, he ordered chilaquiles with eggs over easy.”

Rosa Barajas said she is very fond of the story involving a recent celebrity visit.

“The city of Calexico contacted me and asked if Trump could eat here before he visited the area, and I told them no,” she said boldly of the president’s April 2019 visit. 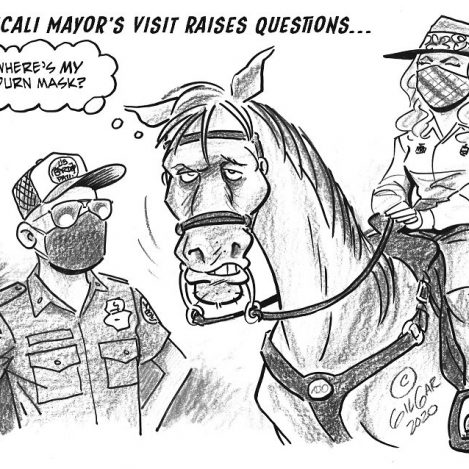