For those hoping to see further work on the renovation of the Calexico West Port of Entry patience may be the best virtue with plans for construction on one portion moving slowly and another not being funded, officials reported.

While phase 1, which included new vehicles lanes and moved the main border-crossing entry point west, was completed in fall 2018, progress on phase 2 is mixed.

Federal funding issues caused phase 2 to be divided. Portion 2A received $191 million in the 2018-19 federal budget finalized in February 2019.  However, the remaining $85 million for phase 2, which would include a new pedestrian crossing, was left out of that budget and again snubbed in the 2019-20 budget.

“Unfortunately, the budget deal did not include the final installment of $85 million for the Calexico West Land Port of Entry expansion and renovation project.  The County was disappointed with the results of the Fiscal Year 2020 cycle,” Rebecca Terrazas-Baxter, Imperial County Intergovernmental Relations director, reported in a Jan. 13 email.

Noting the previously reported move to split phase 2 is resulting in part of the project moving forward, she added, “This year, the County is going to continue emphasizing the importance of closing the books on the appropriations that are needed for the port and advocate for the final installment for Fiscal Year 2021 to the appropriators.”

County officials in recent years have made several trips to Washington to lobby for the Calexico West port project.

Phase 2B funds were included in the House of Representatives’ budget proposal, Terrazas-Baxter stated previously. However, funding was not included in President Trump’s budget proposal and the House proposal did not survive the negotiations that must occur between the House, the Senate and the White House for a budget to pass.

Meanwhile, while phase 2A is funded it appears to be having glacial progress. The federal General Services Administration, which has oversight of the project, was to issue a request for proposals in May 2019 with a deadline for responses being in July 2019, according to fedbizopps.gov, a website for those wishing to bid on GSA projects.

However, there was no progress to report on the project as of Jan. 13, GSA spokesperson Andra Higgs stated in an email.

“The information that was forwarded August 7, 2019 is the latest I have for distribution. Our next update is expected late April, early May,” Higgs wrote, referring to an update he previously provided to this newspaper.

“GSA has issued a request for proposals for the Phase 2A project at the Calexico West Land Port of Entry (LPOE),” Higgs stated in August. “The selection process for a contractor is underway. Once a contractor is selected and a design completed, GSA will make that information available to the public.”

How long that work will take to complete once started was indicated on the fedbizopps.gov website that states, “The period of performance for the Phase 2A project is estimated to be forty-two (42) months after the issuance of the Notice to Proceed by the GSA Contracting Officer.”

The unfunded phase 2B would include demolition of the existing port building and a new pedestrian processing facility, the latter of which county officials say is integral to the project’s overall objective of fueling commerce by reducing border wait times.

The completed phase 1 includes five southbound lanes and a southbound bridge over the New River, 10 northbound inspections lanes with primary and secondary inspection canopies, booths and inspection equipment, a new headhouse, and sitework to accommodate those facilities on the sloping site.

Phase 1 allowed the port to connect with Cesar Chavez Boulevard instead of the long-used access from Imperial Avenue, a move local officials agreed improved traffic flow. The city of Calexico in June completed a related upgrade of Cesar Chavez. 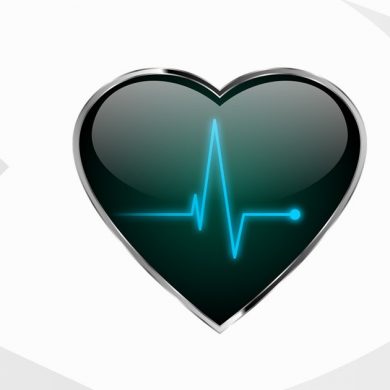