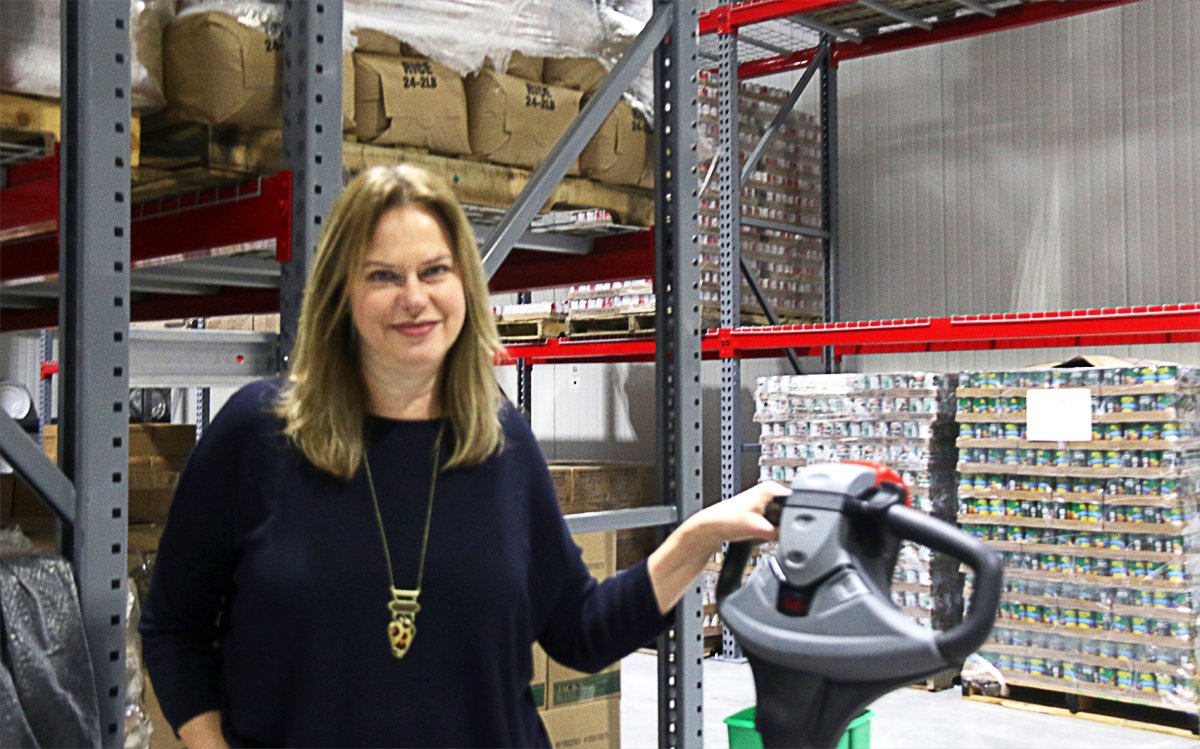 Sara Griffen executive director of the IVFB in the larger warehouse in Imperial, on Dec. 31, that is nearly as affordable to operate as their former smaller facility. | William Roller photo
Home
Regional News
In Regional News

IMPERIAL — After a five-year capital campaign a new Imperial Valley Food Bank facility came to fruition at 486 W. Aten Blvd. in Imperial with the October grand opening of a building with twice the space of the former location.

The structure is about 28,000 square feet versus 12,000 for the former building that is adjacent to the county Sheriff’s Office south of El Centro. Responding to an inquiry as to whether the Food Bank needs that much space, the answer is a resounding yes, explained Sara Griffen, agency executive director.

“We planned this building not for what we need now but built it for the future,” she said.

There were several reasons that motivated building the structure. They included achieving compliance with state food safety standards in food banking, the need for more storage and refrigeration, to attain modern warehouse amenities, and have on-site space to expand operations.

Although some cold storage space existed at the former facility, it was insufficient, noted Griffen. The former space had a mere 1,440 square feet for cold storage while the new site has 5,000 square feet. In addition, rack space for food pallets increased from 320 pallets to more than 700 pallets.

“We have room for more staff (14 plus a part-timer) and program space, a teaching garden and kitchen,” she said. We added one and a half positions when we opened but we’re not looking to hire.”

The teaching kitchen was added to help food recipients extract the most nutritional value from food by demonstrating proper preparation and preservation.

While there is room for growth, expansions will be measured.

“We don’t want to put the cart before the horse. It was pretty exhausting moving in and we want to see how the building operates before committing to new programs,” said Griffen. “We built this building for the next 50 years. We’re not going to figure it all out in the first three months.”

Debt Still to be Paid Off

Despite securing the $6.5 million to build and launch the new site, the Food Bank still carries a $2 million loan, of which 55 percent will be paid down by end of January. Pledges have been made spread over five-year terms and the debt is expected to be paid within three years, noted Griffen.

Even though the new building is twice the size, operating costs are not significantly higher. “We were told by some energy people (utility costs for) this building could be five times the cost of the old building,” she confided. “But actually, it is not even twice the cost. A lot of that is because of new insulation and increased efficiency of all the compressors and refrigeration.”

By late 2019, the Food Bank was on a trajectory to distribute five million pounds of food for the year, one million more pounds more than in 2018. A valued ally in maintaining that momentum is the California Association of Food Banks and the Imperial Valley Food Bank is one of its 41 members. The CAFB has umbrella oversight.

“We get a grant from CAFB and we’re in our third year,” said Griffen. “The work they’ve done in California is pretty amazing the last few years because when I started (with IVFB) there was no state benefits.”

Just arriving in the final week of December was a $101,000 check from the state that was prompted by advocacy of the CAFB, Griffen added. The Food Bank will use that to purchase a new refrigerated truck. The agency has 42 distribution sites from Salton City to Ocotillo and out to Winterhaven. “It’s tough to move a million more pounds of food without equipment,” said Griffen. “The CAFB is a good association. It’s going after resources we can count on in the future. It saves us time from fund raising.” 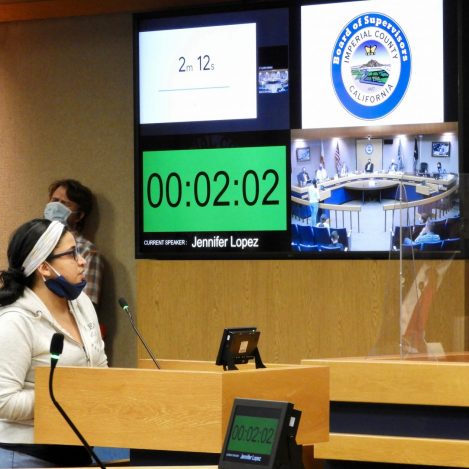