The busy main stage area of Polaris Inc.'s two-day Camp RZR is shown in this October 2019 file photo. Camp RZR, which is held at Glamis east of Brawley, is a promotional event for the company's RZR brand of off-road vehicle. | Photo courtesy of Polaris Inc.
Home
Regional News
In Regional News

BRAWLEY — Big money has come to the Imperial Sand Dunes east of Brawley and it might fulfill the dreams of those seeking to further immerse themselves in one of the nation’s most popular off-roading areas.

Polaris Inc., the Fortune 500 company that purchased the Glamis Beach Store off Highway 78, is in the process of submitting development plans to the county, said a local consultant working with the company. Plans are to develop commercial, residential and other recreational opportunities over the next several years.

Although none of the plans are certain or expected to bear fruit anytime soon, the consultant said Polaris, of Medina, Minn., wants to build a research and development facility near the Glamis store for its off-road vehicle brands.

The firm might also develop permanent structures on what is now known as the “vendors’ row” sales area, build a permanent recreational-vehicle park, and build other structures that could be leased or rented by other commercial/retail entities for shops or restaurants.

First, the county Board of Supervisors would have to approve the company’s “Glamis Specific Plan,” consultant Jurg Heuberger said during a Jan. 6 interview.

“Then we’ll know what can be done out there,” explained Heuberger.

He is executive officer of the Imperial County Local Agency Formation Commission and the former county planning director. Among its duties, LAFCO exercises state-authorized coordination of governmental boundaries, including for cities and special districts.

Heuberger is working with Polaris as a paid consultant on its Glamis Specific Plan.

Between the Glamis area to the north and the Buttercup Valley area to the south, the federal Imperial Sand Dunes Recreation Area has been estimated to attract more than a million visitors a year — mostly off-roading enthusiasts. The lands, some of which are off limits to motorized vehicles, are overseen by the U.S. Bureau of Land Management.

Michael Abraham, assistant director of county Planning and Development Services, said portions of the Glamis Specific Plan were submitted to the county in late 2019. It centers around 142 acres of private land near Highway 78 and the Union Pacific Railroad on the edge of the North Algodones Dunes Wilderness Area.

A final decision on the specific plan isn’t expected until the end of 2020, he added.

Heuberger said the Glamis Plan is something requested by the county, but that the plans for development, or the different kinds of development, are being done at the same time. That will make it easier for the permitting of seasonal and special events at the Glamis area and to consider more permanent ventures for the site, he said.

In 2018, Polaris Inc. announced its RZR off-road-vehicle brand had purchased the historic Glamis Beach Store, several buildings and a total of 166 acres of private property from the estate of the late Eugene LeBlanc. The sale was for a reported $6.8 million, according to off-road industry publication UTV Action in its October 2018 edition. Heuberger said the sale of the property was made final in late 2018/early 2019.

Heuberger added the development area is really the only privately owned property in the Glamis area, which is primarily federally owned wilderness. There is a small amount of private land southeast of the Glamis store known as Boardmanville. Beyond that it’s thousands of acres of federal land in the form of desert shrubbery and massive ever-shifting sand dunes.

Since 2012, Polaris has staged its annual two-day Camp RZR event at the Glamis Beach Store area in October. The promotional event attracts tens of thousands from around the West who gather to hear live bands, see trick-riding demonstrations and take part in promotional events geared around off-road-vehicle equipment, especially the RZR, a four-wheel-drive golf-cart-like vehicle.

The most definite venture on Polaris’ wish list would appear to be the research and development facility, Heuberger said, in which the company could work on developing projects and testing equipment in a real-world setting.

Secondary, would be working on the vendor area. There, companies from all over the United States set up temporary locations during the busy dunes off-road season from October to February. The space lacks permanent infrastructure.

Polaris is considering some permanent foundations or structures, “maybe pads, electricity, some permanent buildings” for vendors’ row, Heuberger added, all of which would make it easier for vendor permitting purposes.

A third consideration is a small RV park with 20 to 25 spaces.

“Land is limited in the area,” he said, adding part of the appeal for visitors is parking RVs at more spartan sites.

Finally, would be Polaris’ long-range vision of building structures it could lease to other businesses to operate retail ventures such as small stores or eateries.

“There’s only half a year of potential use out there,” Heuberger said.

With the Glamis Specific Plan in place, he said, Polaris would be able to more easily hold special events in the area other than Camp RZR.

Polaris Inc. started out in Minnesota in the 1950s building snowmobiles. According to the company’s website, it now owns such recognizable brands and vehicles as the RZR, Indian-brand motorcycles, a handful of boat and snowmobile brands. It develops recreational vehicles for world-wide markets as well as being a utility-vehicle producer and defense contractor for the U.S. government. The publicly traded corporation is reportedly valued at $3 billion as of federal security filings from 2017. The company employs around 11,000 people worldwide, also as of 2017. 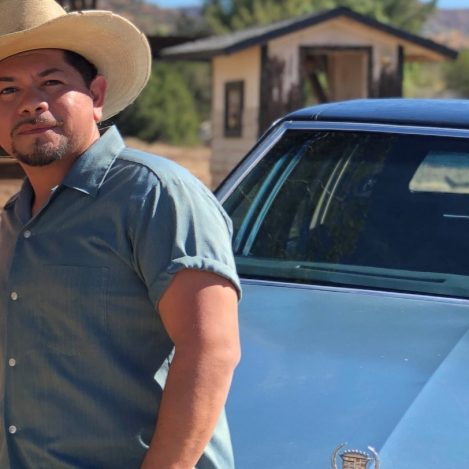