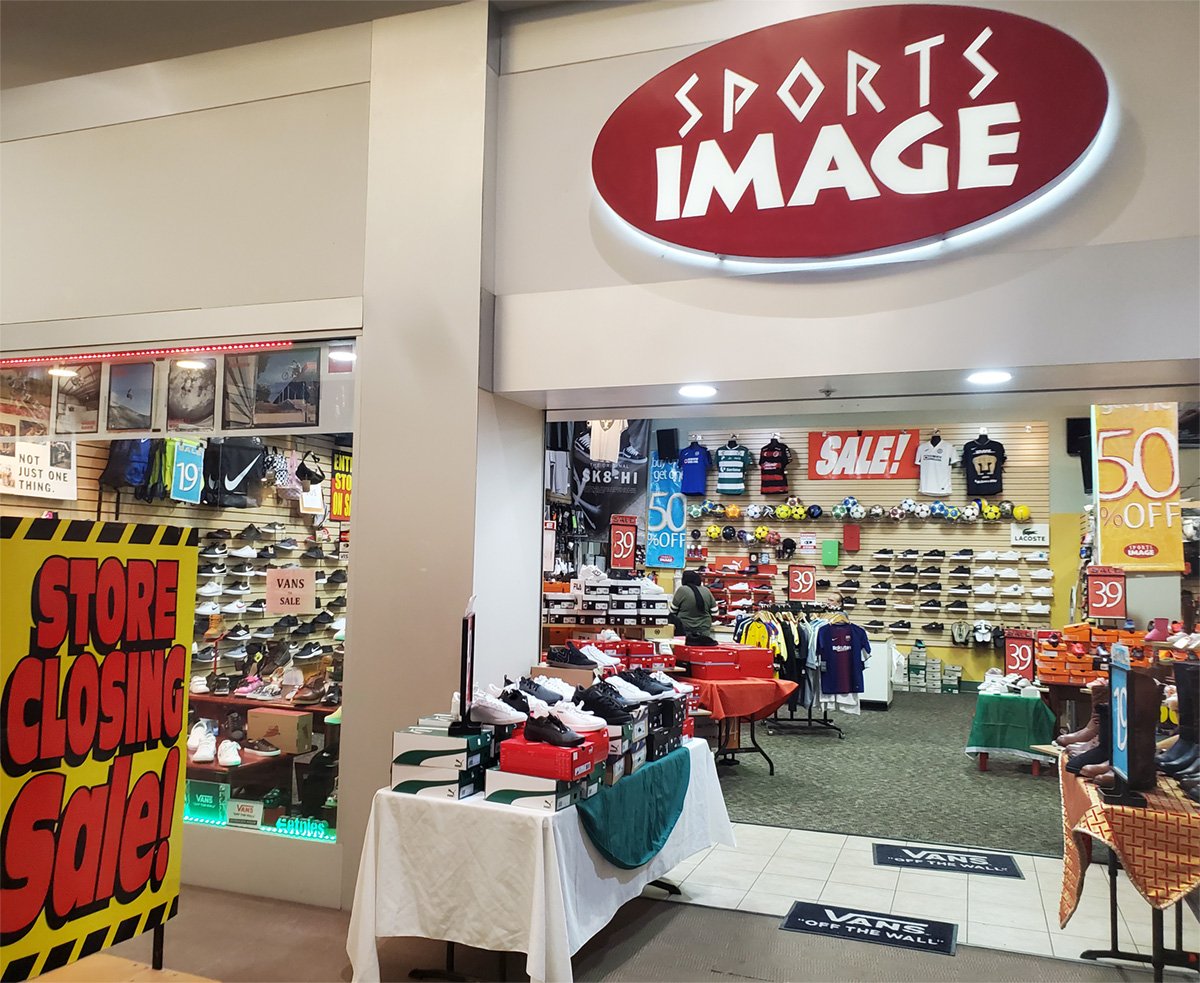 Though the holiday shopping frenzy has passed, one store at the Imperial Valley Mall in El Centro, Sports Image, pushes discounts leading up to its planned closure later in the year. | Jayson Barniske photo
Home
Regional News
In Regional News

EL CENTRO — Despite the end of the Christmas shopping season looming, the Imperial Valley Mall was still bustling with patrons on Jan. 4.

Leslie Jimenez, a senior guest advisor at Game Stop, said she has experience working at different stores in the mall and shared her perspective on local holiday commerce.

“This year was a little more hectic than last year. On Christmas Eve, the line was outside of the door. We had good deals for Black Friday, but there were a higher number of sales from late shoppers the week before Christmas,” she revealed.

“We had good deals, but what was mostly selling was game systems. We ended up running out of our most popular system, the Nintendo Switch,” Jimenez added.

The consensus among mall merchants interviewed was Black Friday was slower than 2018.

“Last year, Black Friday was crazy busy. This year wasn’t that busy. Once December hit, you could see the panic on people’s faces,” Jimenez said, noting sales picked up.

There were not many returns at Game Stop, Jimenez said, though some stores will accept returns for Christmas gifts with the receipt in the package until Jan. 15.

Returns affect the bottom line of every store and most of the storeowners interviewed reported very few, if any, returns or exchanges this year.

Berenice Zamora danced to Mexican music as she restocked clothes on a rack inside the Bless store at the mall.

“We opened at 6 a.m. on Black Friday  and traffic at our store did not pick up until 2 p.m.,” Zamora said.  “This year’s Black Friday was a bit slower than most years, but after that, on Christmas week, we sold what we did on Black Friday or more. There was a lot of last-minute customers this year.”

Bless opened in the I.V. Mall last March and was not in operation during the last holiday season. Zamora worked across the hallway at Children’s Place last year and felt there were larger amounts foot traffic throughout the entire mall for last year’s holiday shopping season.

Ali Hussein has run Sports Image for 23 years in the Imperial Valley and has operated out of the I.V. Mall since its inception in 2005. Hussein has decided to hang up his shoes this year and retire from the sporting goods business.

“Business this year during the holidays was so-so,” he conceded. “We had a lot of returns and exchanges after the holidays. Business is O.K. but not good, not like it was before when the mall first opened.”

Sports Image has begun its store-closing sales, and many customers were frequenting the store looking deals. The sale that seemed to be very popular was buy one pair of shoes and get the second pair 50 percent off. Hussein said he will also offer a 20-percent-off everything in the store starting in February.

Karina Calderon, who was organizing colognes and perfumes in Perfumania at the mall, said sales seemed better than the 2018 season. “We had a good year for the Christmas season. There was not a line out the door on Black Friday, but we did better than we did last year,” she said.