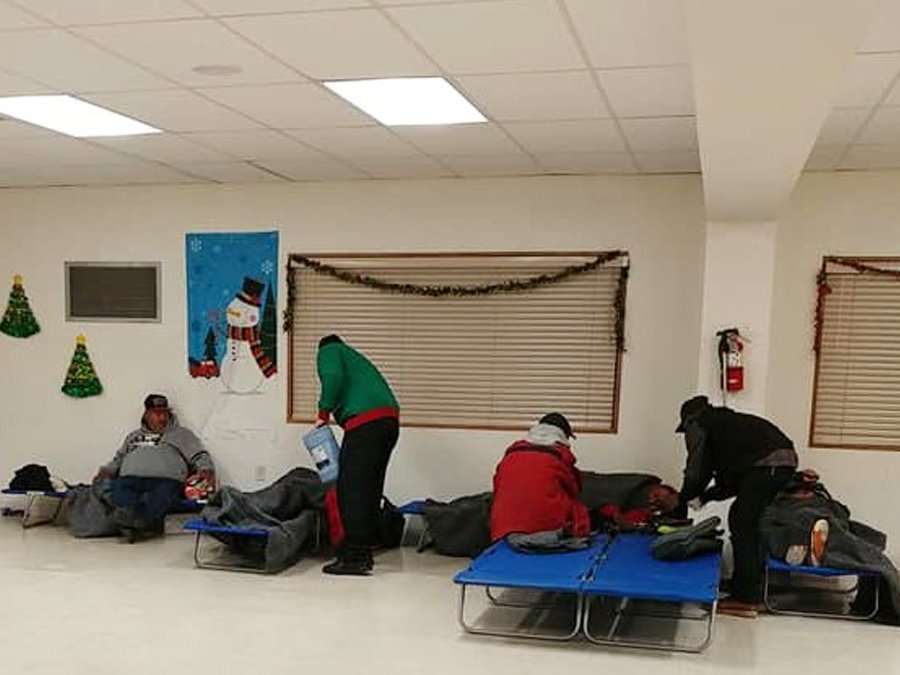 About 20 homeless people a night have been staying in the Calexico Neighborhood House's emergency winter shelter in the 400 block of Fourth Street. It has been providing refuge from cold nights since Dec. 23 and will remain open until Jan 31. | Photo courtesy of Maribel Padilla
Home
Featured Stories
In Featured StoriesLocal News

CALEXICO — Since opening Dec. 23, the Calexico Neighborhood House’s emergency winter homeless shelter has beenfeeding and housing up about 20 people a night and will do so through its scheduled Jan. 31 closure, organizers said.

Meanwhile, the organization is recruiting volunteers to serve as overnight shelter monitors, said Richard Ortega, former director of the faith-based agency who is now its special projects manager.

Ortega is administrator of the shelter, known as the Calexico Neighborhood House Hall, at 426 Fourth St. Its hours are 6 p.m.-6 a.m. daily. Guests are asked to leave each morning and return and re-register each day, he said.

The shelter is for men, women and children with partitions to separate them

An important element is training volunteers at the shelter Tuesdays at 4 p.m., Ortega said, adding he assists in that task.

“We have to have certain rules they (the homeless) need to follow,” Ortega said of the need for monitors. “There are security rules. We have to organize the location, keep it safe and secure.”

Among about two dozen rules are those prohibiting fighting, drug and alcohol use, and being intoxicated, Ortega explained.

The monitors help with registration and meal service from 6:30-7:30 p.m., with some performing overnight supervision, Ortega explained.

While Neighborhood House got the shelter open and funded initially, the project involves other entities. They include the Calexico Homeless Collaborative Committee established by Mayor Bill Hodge, Catholic Charities’ men’s shelter in Calexico, the Brown Bag Coalition and other homeless advocates.

The committee is the “support group” for local efforts to help the homeless in the city, Ortega said, adding it has been integral in assisting with the operation of the shelter through donation of food items and volunteer hours.

The Neighborhood House shelter has room for 40 people a night, with cots, blankets and a large coffee maker donated by the American Red Cross’ Imperial Valley Service Center, Ortega explained.

The agency has funded shelter meals as an extension of its preschool meal program, he added. It serves 600 meals a day to children, so it’s little trouble to include an extra 20 meals.

The 40 emergency shelter spaces are in addition to the 50 beds made available nightly by Catholic Charities at the Our Lady of Guadalupe men’s shelter and the 23 spaces for women and children made available by Neighborhood House.

The cost of the emergency shelter is not yet known but Dec. 30 Ortega estimated it at up to $4,000 a month, some of which it is hoped will be recouped through community donations.

Calexico Schools Deny Use of Gym

Hodge said Dec. 30 that earlier in December he and Ortega went to the Calexico Unified School District in an attempt to use the De Anza Junior High School ninth-grade gym as the emergency shelter while classes were on break for the Christmas holiday. However, that idea was voted down by the Calexico Unified School District board, 3-2, during its meeting Dec. 12, he added.

Calexico school officials could not be reached for comment.

Hodge said he and Ortega were to meet again the week of Jan. 6 to discuss post-emergency-shelter efforts. That will likely involve asking churches to use their halls for temporary shelters through the end of the cold-weather period.

With focus having been on the emergency shelter through much of December, the Homeless Collaborative committee hasn’t met in some weeks, Hodge said. It has been instrumental in bringing the issue of homelessness to the forefront and getting some short-term solutions in place, members said.

“I’m proud of that and very grateful,” Hodge said. “It’s a good experience because you’re down on the ground with the homeless. You see them, you talk to them … You get to see what they’re going through, although you can never really experience what they are experiencing.”

There remain longer-term solutions the committee hopes to work on, Hodge and Ortega said, including helping rehabilitate the Catholic Charities shelter, which Hodge described as “dilapidated.”

There is a vital need for case-management services that include finding the homeless transitional and permanent housing and offering other critical services for elements that contribute to their homelessness, Ortega added.

Ortega’s knowledge has been crucial for the committee, Hodge said, explaining, “I enjoy working with Mr. Ortega. He knows his stuff. He has lots of experience and knowledge…I’m humbled to learn from him.”

Meanwhile, January is expected to be an important one for Brown Bag Coalition,  Padilla said.

Its last projects for 2019 were a posada for the needy at the Vo Medical Center and delivering gifts, food and blankets to the homeless in Calexico and El Centro on Christmas night.

Padilla said Lalo and Leticia Perez of L&A Shuttle donated one shuttle that night, driven by Lalo, to deliver the gifts as well as drive about several homeless men from Calexico-area parks to the Neighborhood House shelter where the gifts were also distributed.

Because Neighborhood House has committed to feeding those at the shelter until Jan. 31, the Brown Bag Coalition is suspending its street-level meal service for an entire month for the first time since the organization formed five years ago, Padilla said.

She described this as an opportunity for she and her family and the many Brown Bag volunteers to replenish themselves–physically, emotionally and financially–before resuming meal services Feb. 1 at Border Friendship Park in Calexico.

Still, Brown Bag will be active in January, Padilla stressed. It is seeking to raise the final $3,000 for shipping a grant-funded two-stall shower/toilet/sink trailer. Brown Bag hopes to deploy it during meal services when the temperatures warm.

The trailer was purchased through a $15,000 grant from Joe Kennedy’s Citizens’ Energy Corp., $5,000 from the Local Entity/Imperial Irrigation District and $1,000 from Planned Parenthood in El Centro, Padilla said.

Donations for the shower shipping may be made on the group’s Facebook page or by sending a check or money order to Brown Bag Coalition, P.O. Box 1881, El Centro, CA 92244-1881.

Contributions to the Neighborhood House emergency winter shelter may be made by clicking on the donation button at www.nhclx.org. Prospective volunteers should call (760) 455-0520. 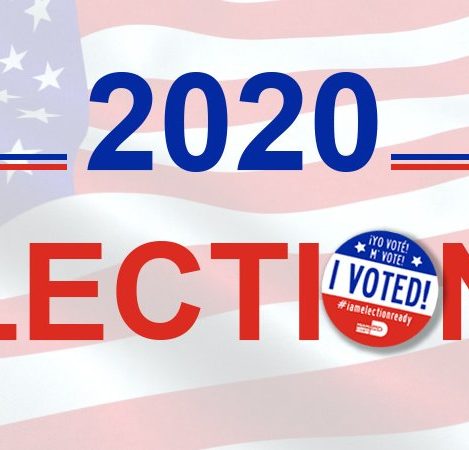 Alvarado Retains Calexico School Board Seat, Is Joined by Magallanes