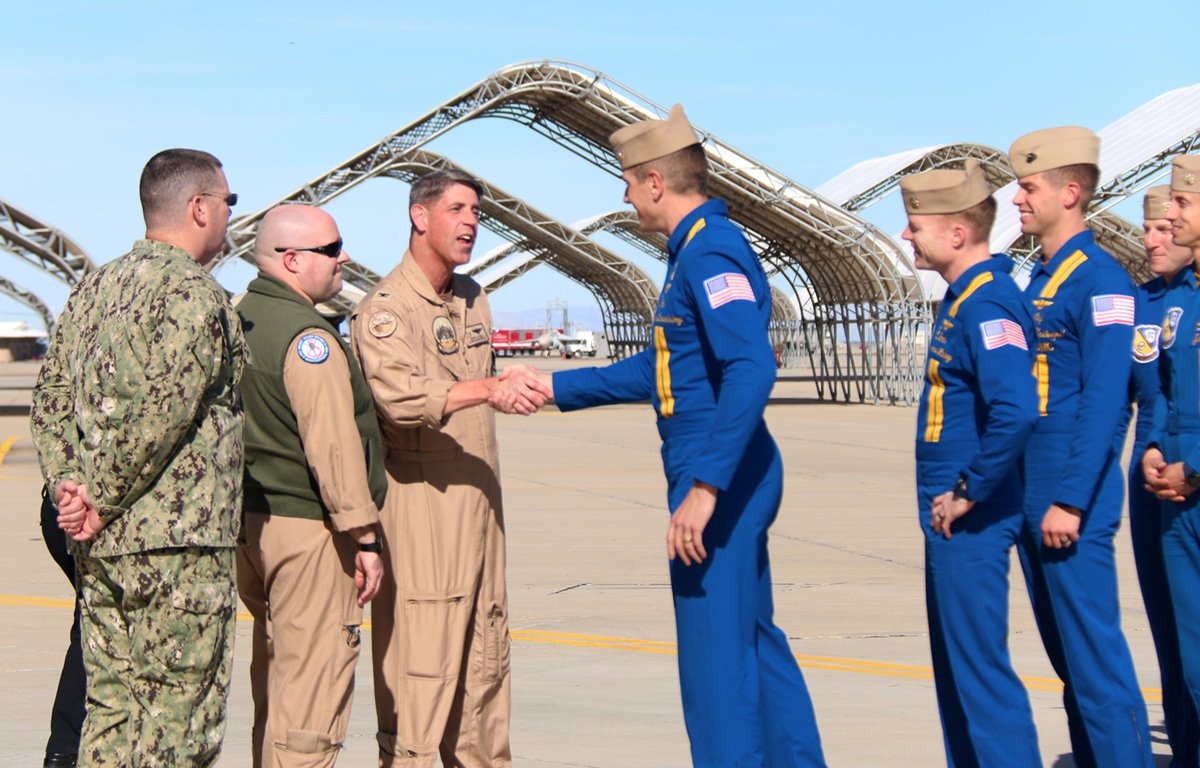 EL CENTRO — Soaring with the majestic grace of raptors yet maintaining the precision formation for which they are renowned, the Blue Angels arrived at the Naval Air Facility El Centro just before noon on Jan. 3 to begin winter training.

The renowned U.S. Navy flight demonstration team came from its home base, Naval Air Station Pensacola, Fla., for a 10-week stay in Imperial County. The training will culminate with the premier air show of the 2020 season at NAF El Centro on March 14, explained Lizeth Perez, E7 maintenance chief.

This year will mark the 50th annual local air show for the Blue Angels. Afterward, the team will move on to Lancaster a week later for the Los Angeles County Air Show and eventually perform 55 shows in 29 cities ending with a homecoming performance in Pensacola Oct. 16-17, noted Perez.

“But this is our home away from home,” she said. “We spend so much time here we enjoy engaging with the community–schools, hospitals and civic events. The community really takes care of us.”

As an E6 logistics specialist crew coordinator, Derrious Austin keeps an inventory of all the gear the team needs at every air show and is certain it is all safely transferred from site to site.

“I’m in charge of our enlisted team, 127 Navy and Marine Corps personnel,” he said.

He also directs two technical support representatives, two financial support members and one logistics support staffer. What Austin said he enjoys best is the impact of meeting people around the world as he engages in the performance of his duties.

“There’s not many opportunities in the military to meet and influence so many people in which I have the chance, serving in the capacity I do,” he said.

Navy Lt. Cmdr. James Cox, who flies the No. 4 jet, noted he is afforded the slot position within the formation in his status as a second-year demonstration pilot.

View From The Slot Pilot

“The flight out was fantastic,” said Cox. “We had some clouds in Louisiana and Texas but other than that it was smooth sailing. I love it out here in Imperial Valley. Beautiful weather, calm winds and smooth air helps us train out here.”

Cox admitted the team will hit some turbulence during the training but that the skies around El Centro are the best place to prepare for the air show schedule.

“Being rather secluded aids the dynamic of training and helps us get together as a team,” he said.

One third of the team is new and those members will use their time here to get to know each other and gain one another’s trust, which is critical when flying in such tight formation, sometimes just inches apart.

Cox noted his favorite maneuver is the “loop brick cross,” performed next to last in the show.

“It takes team work to make it look good,” said Cox. “All of us need to be on our game.”

Flight in His Genes

Cox said he grew up in a military family that is home ported in Hampton Roads, Va. His father was a Navy helicopter pilot. The younger Cox has flown fixed-wing aircraft ever since joining the navy in 2009.

Training will start off with two flights a day accelerating to three times a day for one hour each.

“It can be exhausting but we mitigate fatigue with a proper diet and maintaining good hydration,” he said. “It’s challenging but we rise to the occasion.”

Looking forward to interacting with the community, Cox said he especially likes meeting with students. He explained whether a young person aspires to enlist in the military or not, their preparation for their life’s journey begins now.

“The best training is be the best you can be today,” he said. “That sets you up for tomorrow. What I like is inspiring the next generation, whether they become fliers or whatever profession they choose, be determined.” 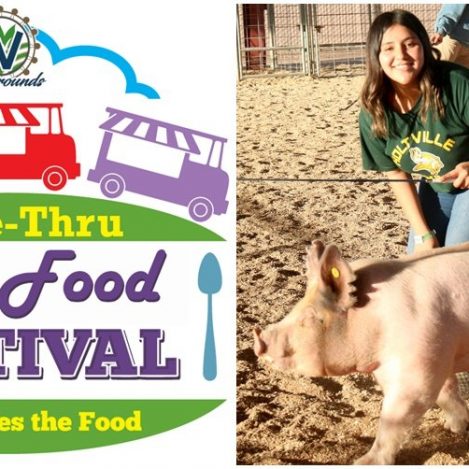