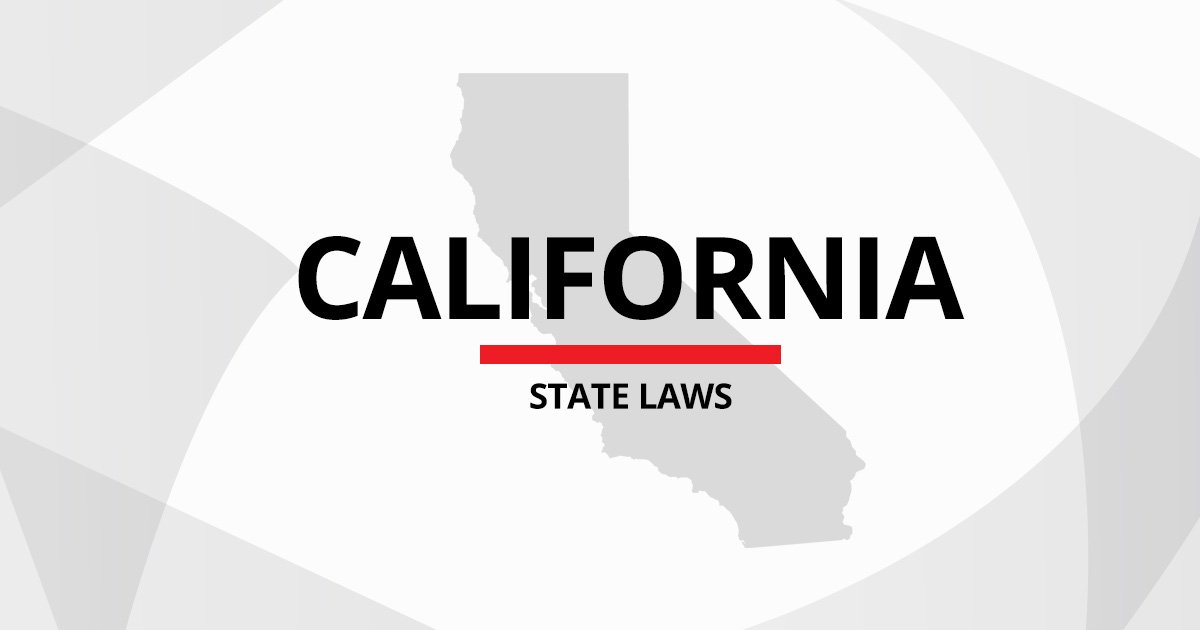 CALIFORNIA — New California laws passed by the Legislature and signed by the governor that took effect Jan. 1 address issues such as wages, privacy, worker classification and discrimination.

There are now 29 states with a minimum wage over the federal minimum of $7.25. Authorizing California’s 2020 increase, Senate Bill 3 was signed by former Gov. Jerry Brown in 2015, according to www.jdspura.com, a daily legal publishing analysis by leading law firms covering labor relations.

Additional worker protections include Assembly Bill 673 that allows employees who do not receive payment of wages the ability to recover statutory penalties against an employer in a hearing before the Labor Commission.

Local communities currently without rent controls will now be covered by a statewide initiative, Assembly Bill 1482, explained CalMatters, a nonprofit, nonpartisan online news venture that works with 180 media partners to explain how state legislation works. This bill limits rent increases to five percent each year plus inflation. A provision makes certain it will not rise above 10 percent.

For years social media and search engines such as Facebook and Google have collected and shared personal data about their users. But with a grassroots initiative gaining popularity to reign in tech giants state lawmakers approved a consumer privacy law. AB 375 now places additional responsibility on businesses. Those required to comply include companies earning revenue over $25 million a year.

Recently, the federal government repealed the individual mandate requiring proof of health insurance starting in January 2019. The former federal mandate implemented a penalty when filing a federal tax return if a person lacked health insurance. This had been law since 2014. California has reintroduced the mandate law on a statewide basis.

California also becomes the first state in the country to provide young adults without documentation health benefits. SB 104 expands Medicaid to include low-income adults 25 or younger benefits, regardless of their immigration status.

Young people are afforded additional protection with SB 439. This law changes the age at which a minor can be sent to a juvenile detention facility. Those under 12 who commit non-violent crimes will be released to a parent instead of being detained.

In addition, students in elementary school will no longer be so easily suspended owing to SB 419. The law bans suspending students from fourth to eighth grades for disrupting school activities or defying teachers or administrators. Students in kindergarten to third grade already have this protection.

AB 5 is expected to change the status of one million workers statewide, such as truckers, janitors, manicurists and possibly others. Uber and Lyft drivers riveted the nation’s focus the last several years when debate raged if drivers preferred the flexibility as independent contractors or would rather have set wages that included job protections as employees. Ride share drivers remain divided on the issue.

El Centro City Attorney Betsy Martyn, in reply to an inquiry regarding new laws, explained she can only respond to laws affecting public agencies.

“I really cannot comment on these except for AB 5,” she said. “The law tries to correct the Dynamex decision regarding independent contractors and confirms the effective date.”

The case, Dynamex Operations West, Inc. v. Superior Court of Los Angeles was decided in 2018. The ruling, now codified by AB 5, states a worker is presumed an employee unless a hiring entity can establish certain conditions: the person is free from the control and direction of the hiring entity in connection with the performance of the work; the person performs the work outside the usual course of the hiring entity’s business; and, if the person is in an independently established business of the same nature as that involved in the work performed.

Workers will also be protected from being forced into mandatory arbitration agreements with employers under AB 51. It prohibits employers from requiring job applicants or existing employees to waive any right for possible employer violations of the Labor Code or other statutes governing employment as a condition of employment or receipt of benefits.

New parents will now have more time to care for a newborn thanks to SB 83. Benefits under paid family leave will extend from six to eight weeks starting July 1, 2020.

Due to the recent devastation from wildfires caused by downed power lines some utilities have been shutting off power in high-risk fire periods as a preventive measure. However, SB 167, the Public Safety Power Shutoff law, requires utility companies to devise a plan on reducing the negative impact of planned power shutoffs to first responders and people with disabilities.

Regarding the latter, Kristina Bas Hamilton, legislative director of UDW Local 3930 home healthcare workers union, said she is very supportive. “SB 167 is very necessary,” she said. “The impact of PSPS on access and the functional needs population is particularly severe. Currently, utilities are relying on lists of consumers signed up for the medical baseline program. But many consumers who rely on power for medical devices and wheelchairs don’t know about this program and are not signed up. Utilities must do a better job preparing for PSPS to mitigate impact on our state’s most vulnerable populations. Seniors and people with disabilities need a plan A, plan B and even plan C.”