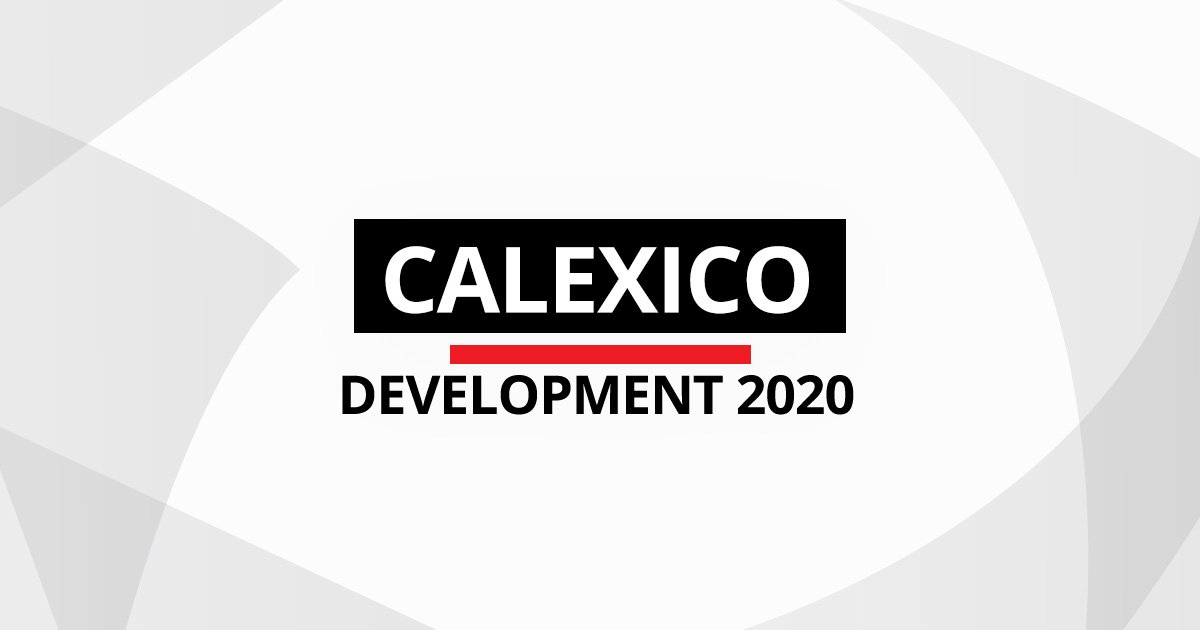 Development looks to be on the continued rebound for Calexico in 2020 with a number of retail, commercial and other projects due to come to fruition, according to city officials.

With more results expected from the city’s ongoing Downtown Action Plan, officials said to look for continued progress on the development of a grant-funded pedestrian plaza as well as additional planning work around a downtown transportation hub.

The Action Plan is a set of decisions set in motion in early 2019 to help revitalize the downtown shopping district through beautification projects, clean-up efforts and new development.

In 2020, work will continue on the Rockwood Avenue Promenade. It is a demonstration project between the city and the Southern California Association of Governments paid for through a $200,000 Sustainable Communities grant awarded to the city by the SCAG Regional Council.

In the summer, SCAG will select a consultant to work with the city on designing the promenade, which will include the closure of Rockwood Avenue between First and Second streets for a pedestrian-only shopping area that will include retail kiosks, according to Assistant City Manager Miguel Figueroa.

“This will be a walkable outdoor promenade that will promote bicycle and pedestrian infrastructure and increase pedestrian safety and improve mobility between the proposed promenade and the future Calexico Intermodal Transportation Center,” Figueroa stated in a Dec. 27 email.

“Currently there are two viable locations on Third Street being considered for this project,” Figueroa stated.

Meanwhile, he said a new Dollar General will open in spring at 1112 Kloke Road.

As work continues on the Federal Express facility at 221 Robinson Ave., Figueroa stated the city is looking to plan a ribbon-cutting ceremony for it.

In addition to a Planet Fitness coming to the Los Mercados shopping center off Cole Boulevard in the first quarter of 2020, Figueroa reported the city is expecting design plans for “other businesses” there, although he did not provide specifics.

With few details provided at the moment, Figueroa reported that planning work continues on projects known as Calexico Mega Park/Jasper Crossing development project in the northern reaches of the city. He added there are also plans to develop more commercial/retail sites in the “El Hoyo” shopping center area where a  Treasure Hunt store recently opened, and along Cesar Chavez Boulevard, with more details forthcoming. Planning officials are in the process of completing a “cannabis project matrix that details a ‘turnkey operation’ timeline for all retail, cultivation and manufacturing cannabis commercial projects in Calexico,” Figueroa also reported Dec. 27. Cannabis operations are a major part of the city’s economic development efforts.