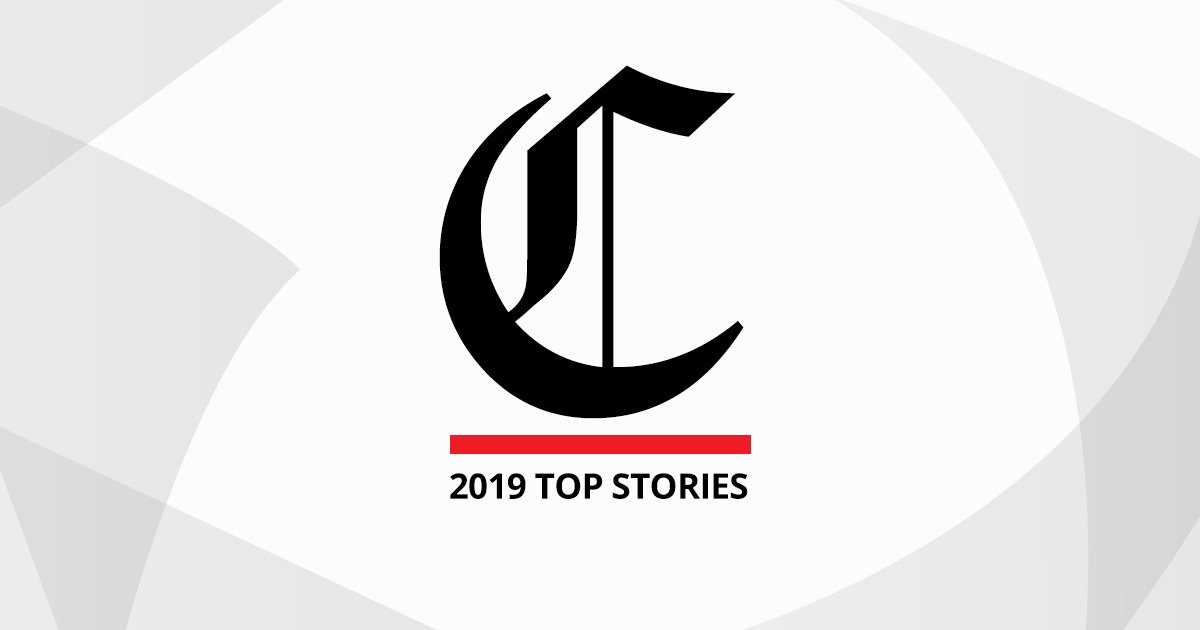 Although the Calexico City Council had taken actions including increasing the number of cannabis-related permits, no retail shops had opened in the city by the end of 2019 and little of the projected revenues from pot-related fees and taxes had been realized.

During the year, the number of retail cannabis permits have been increased three times, from five, to seven, and most recently to 12.

The number of cultivation, manufacturing and distribution permits were doubled to place them into industrial-scale and small-scale classes based on gross receipts and square-footage.

For two years in a row projected revenue tied to the cannabis industry have significantly fallen short. The city originally projected revenues of $900,000. However, that amount will be about $50,000 by June 30, 2020, Calexico City Manager David Dale has said.

Heading into 2020, Calexico will begin to talk about the possibility of providing cost-of-living-adjustment increases for city workers just a couple years removed from nearly claiming bankruptcy amid about $4 million in deficits in 2016.

Mayor Bill Hodge recently called for a pay raise for all city workers. Meanwhile, in January, Dale said the city will work up some scenarios in which costs of a raise are looked at. The city will hear from finance officials on a mid-year budget report.

December marked the end to a year of financial recovery by the city in which careful budgeting included the city finally paying back $3.5 million it borrowed from its own water funds to keep the city afloat. The city has been working with 144 employees, down more than 100 from several years back, and maintaining careful spending habits following years of financial mismanagement by past councils and city administrations, officials said.

When the city passed its budget in June 2019, it was the first approved budget to include a projected surplus in several years.

In early November, the city council approved a final payment of $243,000 to put an end to the Cesar Chavez Boulevard road-widening and rehabilitation project. It  began more than nine years ago, went through several city councils and seven city managers.

The project was beset by delays and cost overruns that pushed back the expanded roadway’s opening by nearly five months and soared costs to $7.4 million, more than $1 million over the projected price tag.

City officials came to the council seven times to approve budget changes, also known as change orders. Those items addressed functional and cosmetic additions to the project by the city, unforeseen problems found during site excavation and costly delays caused by utility companies that often operated on their own timelines, officials explained.

The Cesar Chavez Boulevard improvement project expanded the street to four lanes from Highway 98/Birch Street to Second Street. Opened to traffic at the end of June, the Cesar Chavez improvements were mostly funded by federal grant dollars so the expanded thoroughfare could be used as the primary path to enter Mexicali through the Calexico West Port of Entry. The former route was through Imperial Avenue.

In 2019, Calexico unveiled its Downtown Action Plan, a series actions and ordinances meant to revitalize the beleaguered downtown shopping district that saw its heyday prior to the 1990s.

Most recently, the city council passed a resolution that limited access to the public to the alley between First and Second streets between Heffernan and Paulin avenues. Locks were to be placed on eight-foot gates installed at the entries to those alleys.

The gates were erected to stop the homeless and others from dumping trash in the alleys, using the areas as a toilet and starting dumpster fires, affecting the cleanliness of downtown.

The move was just the latest in a series that started with the council’s approval of the action plan in the spring. It included revising taxicab ordinances to increase fines levied against illegal cab operators and to start fining those who use such illegal services.

Other decisions included approving a new trash contract this past fall with Allied Waste/Republic Services that will start in January. The new contract includes enhanced downtown cleanup, such as street-sweeping three times a week.

Other approved elements include the announcement of a soon-to-come closure of First Street at Rockwood Avenue for the development of a pedestrian-only promenade through a $200,000 grant from the Southern California Association of Governments.

Recently renewed efforts between Calexico and officials with the now-closed Santo Tomas Swap Meet to consider reopening the business have capped a tumultuous year. It included a lawsuit, claims by vendors against the city and ongoing public criticism over the city’s handling of the matter.

The biggest news of the year had to be the ownership’s decision in late June to close the family-owned business at 1102 V.V. Williams Ave. after 45 years of operation, leaving dozens of vendors out of work.

The swap meet first made headlines following a Dec. 8, 2018, weekend, late-night fire caused by faulty electrical wiring that ravaged numerous vendor stalls at the popular outdoor business. The fire brought to light a list of around 50 alleged building and fire code violations, many of which were left unaddressed by the time the Martinez family decided to close Santo Tomas on June 30.

Throughout early 2019, city officials staged numerous meetings with swap meet officials and vendors to find ways to allow it to reopen in some capacity. Portions of the marketplace were intermittently opened prior to the final closure.

When Santo Tomas officials opened up its gates to vendors and the public in early spring, despite the city’s warning against doing so, the city sued. The suit asked a  Superior Court judge to declare the swap meet a “public nuisance” and danger due to code violations. The city won a judgment to close down the swap meet in March. Later, the suit was dropped after successful mediation in May led to a limited reopening of the swap meet while both sides negotiated a timeline to make code violation repairs to the facilities.

Citing tenets of a proposed swap meet ordinance that was later passed by the city council in September, the Martinez family opted to close the business on June 30.

More recently, members of the Calexico City Council have been meeting with representatives from the Martinez family and vendors to “restore trust” and work toward possibly reopening the business, according to council members Bill Hodge and Morris Reisen.

In December, Santo Tomas official Carlos Gonzalez said his family wanted to see provisions of the newly passed swap meet ordinance revised or removed. He was specifically referring to removing and storing the merchandise from vendor stalls daily. He said leaving those provisions unchanged was a “deal breaker” to reopening.

City Manager Dale said removing the merchandise was something specifically included in the basic operating requirements of a swap meet in the city for the purposes of public safety because of the 2018 fire. 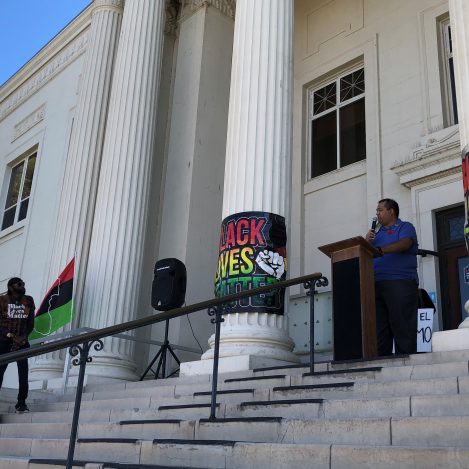