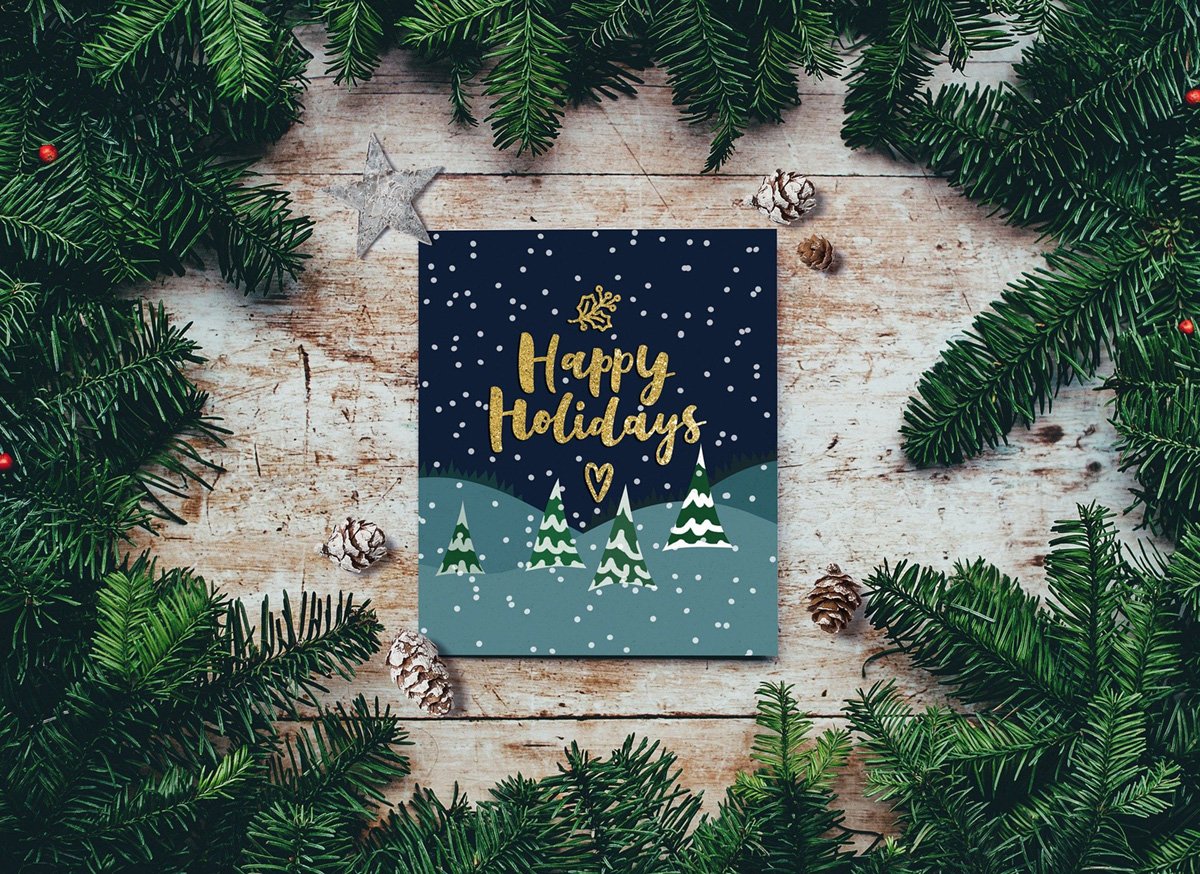 ’Tis the season where try as they might, not even polarizing politicians nor pundits can get the public to bite that there is indeed a controversy between wishing someone a “Merry Christmas” vs. “Happy Holidays.”

That fact bears out in two recent nationwide polls in which “Merry Christmas” is the overwhelming fan favorite, and among Imperial Valley residents, who despite having their preferred greeting, say either is all right by them.

“I use ‘Merry Christmas’ (but) ‘Happy Holidays’ doesn’t make me mad. I think it is the good wishes either way. I agree with keeping ‘Christ in Christmas,’ but I cannot imagine Christ being upset because someone says, ‘Happy Holidays.’ That wasn’t/isn’t His purpose,” said El Centro resident Alexa Horne, a retired kindergarten teacher to generations of McCabe School students and now a member of the McCabe Union School District board.

“All you’ve got to be is charming and you can say anything you want,” lifelong Holtville resident Paul Nilson joked recently.

The flight nurse for REACH air-ambulance service also prefers to say, “Merry Christmas,” but Nilson said he sees that as more of a product of habit than a religious point being made. “People get the sentiment. They don’t take it as rude.”

In a nationwide telephone and online poll of American adults, some 67 percent of respondents preferred seeing stores show signs saying, “Merry Christmas” rather than “Happy Holidays,” which was preferred by 22 percent. Another 11 percent had no preference, according to the nonpartisan, non-religious Rasmussen Reports in polling 1,000 people on Dec. 10-11.

In a second poll, 77.6 percent of respondents preferred the greeting “Merry Christmas” over the 15.9 percent who preferred “Happy Holidays.” “Season’s Greetings” was a distant third, with 3 percent preferring that salutation, according to the results of a Saint Leo University Polling Institute survey. The poll of 1,000 Americans by the private Roman Catholic college in Florida was conducted Nov. 13-18.

The idea that this was somehow a controversy likely began around 2005 with the publishing of the provocative title, “The War on Christmas: How the Liberal Plot to Ban the Sacred Christian Holiday is Worse Than You Thought,” according to published reports. Since then, the issue is often inflamed each year with new kinds of fuel, from “Christmas”-less cups at Starbucks to President Trump continuing to proclaim his predecessor’s predilection for a secular seasonal greeting.

The latter is one of the first times El Centro resident Brianna Castro began to see the phrases being played for division.

“Last year, I kept seeing Trump saying Obama would not acknowledge Christmas, but I never saw it as a big deal. It’s all about being inclusive,” said Castro, who said she does prefer “Happy Holidays.”

“I say ‘Happy Holidays’ because I want to include all of the holidays that (occur) this time of year, not just Christmas,” said Castro, who is a certified crisis counselor at crisistextline.org, a support group leader for people with mental illness and a longtime volunteer at the Imperial Valley LGBT Resource Center in El Centro.

“Other people celebrate Kwanzaa, Hanukkah, different things this time of year,” she said. “I would rather be inclusive of everyone, rather than just saying ‘Merry Christmas.’”

“In today’s society, I say, ‘Happy Holidays.’ To be honest, I changed,” said Murray Anderson, who while born and raised in Holtville, just returned to the city of his youth about a year and a half ago.

Anderson, who is the varsity girls’ basketball coach at Holtville High School and a coordinator for Accentcare Home Health in El Centro, said he didn’t change for any other reason than to be polite and considerate of what faiths might be practiced in the privacy of his players’ homes.

“I’m around the high school kids, my basketball team. I don’t know what they celebrate in their houses, so I just say, ‘Have a great holiday,’” Anderson said. “When we were little, it was just ‘Merry Christmas’ to everybody.”

The former newspaper sports editor said he admits that the world has gone politically correct, but there’s no controversy in his decision to switch over.

“For me, it’s about trying to make the kids feel more comfortable,” Anderson said, who has coached the Lady Vikings for six seasons.

El Centro resident Sam Rice revealed he can see the arguments for both sides, coming from a retail service background from which the whole “Happy Holidays” movement is based, but also being devout in his own Christian faith.

“Personally, I think the use of ‘Merry Christmas’ or ‘Happy Holidays,’ both are used in the spirit of the season … it’s about joy,” added Rice, the manager of Connection Café coffee shop located inside the grounds of First Christian Church on South Waterman Avenue in El Centro.

“It’s not a big deal either way. ‘Happy Holidays’ still means happy holy days, broken down. But I do prefer Christmas,” Rice said.

Not all of those interviewed simply go with the flow, though. Holtville resident Willy Adams does take some offense “to people trying to change” his preferred greeting of “Merry Christmas” to anything else.

“It’s not really a religious thing, it’s just that Christmas has always been Christmas,” said Adams, who has lived in the country outside Holtville for the past 13 years.

Slightly modifying his reasoning, the senior maintenance person at the University of California Desert Research and Extension Center took a more defiant posture in explaining his preference.

“People nowadays don’t want to offend anyone. I don’t care if I offend anyone or not. It is a religious holiday, a Christian holiday,” Adams said. “I live here in Holtville, and everybody that I know, they say ‘Merry Christmas.’”

In a real-world setting, where it’s not simply a matter of posing the question of preference to one person or another, some clear conclusions can emerge.

“All the customers who come into Hope Café (in Calexico) say, ‘Merry Christmas.’ I maybe get one out of 10 customers who tell me ‘Happy Holidays,’” Calexico resident Benjamin Perez said.

He did not say whether he had a personal preference.

Cyrce Mellor, an upper-division science teacher at Calexico Mission School, a religious academy affiliated with the Seventh-day Adventist Church, said she is partial to the more faith-based greeting.

“I would say ‘Merry Christmas,’ because we are Christians,” Mellor, of Calexico, said while at Hope Café. “We are believers and happy to welcome Christmas every year reminding us of Jesus’ birth.”

Stopping in for a cup of coffee, Mexicali resident Alejandro Quise noted he prefers to cover his bases this time of year.

“I prefer to say, ‘Happy Holidays,’ not really for religious purposes but because it is a symbol for all the festivities in December,” Quise said. 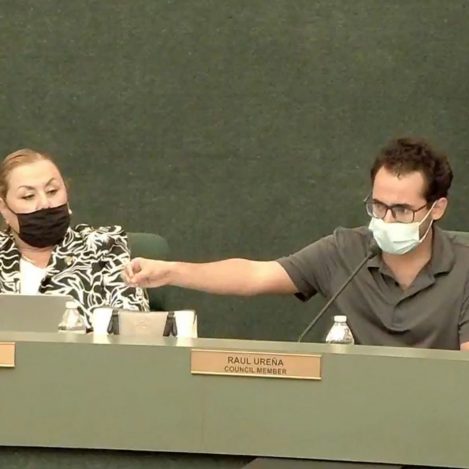