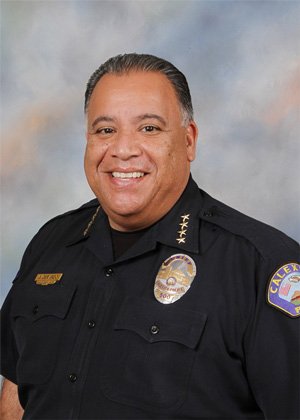 CALEXICO — From local beat cop to beloved police chief, Gonzalo Gerardo appears to have entered some rarified air in Calexico by being widely admired.

He has won the appreciation of the city council, city staff, the police officers’ union and the city Police Commission.

Gerardo was elevated to interim chief in 2018 and made permanent a year ago. He was awarded a modest salary increase during a Dec. 9 special council meeting when the council unanimously approved amending his three-year contract.

At the meeting he was showered with praise, indicative of support from disparate groups who do not always agree on other matters.

Calexico in recent decades has had a long list of police chiefs, several of whom have found considerable trouble and disdain.

Starting with Leslie Ginn in 1991 and followed by Torvio Flores, Myron Galchutt, Mike Singh, Tommy Tunson, Mario Sanchez, Jim Neujahr, Pompeyo Tabarez Sr., Michael Bostic and Reggie Gomez — all the chiefs under whom Gerardo has worked in his 28-year career in Calexico — each top cop has been lavished with praise by one group or another. Others despised some of them.

Some chiefs were favorites of administrators and council members, while others were more aligned with their patrol officers. Others deeply divided their department and their city, but none in the last couple of decades have appeared to appeal to just about everybody.

An example of Gerardo’s popularity comes from the police union’s letter of confidence, which was provided in the backup to the Dec. 9 meeting agenda. It read:

“lt is with pleasure that the men and woman of the Calexico Police Officers’ Association take the position of supporting Calexico Chief of Police Gonzalo Gerardo with this ‘LETTER OF CONFIDENCE.’ Since taking the helm of the Calexico Police Department nearly a year ago, Chief Gerardo has led the CPD with professionalism, integrity and a clear vision of putting the needs of the community and members of his department first,” states the association letter.

“Chief Gerardo truly cares and is dedicated to the community members in which he serves and men and woman who serve under his command. No chief to date has been able to maintain such a positive relationship with subordinates (while) maintaining a productive relationship with city administration as the two rarely go hand (in) hand,” the letter continued.

But it has pretty much always been that way for a man most in the community known simply as “Chalo.” A product of local schools and a family known for having big hearts and dedicated to community service, those who have known Gerardo in and outside of law enforcement have seen him as a positive person quick with a smile, kind and encouraging.

“He cares immensely about this community and his leadership shows that,” said his longtime friend, John Moreno, who has known the chief since they were youths in the 1970s.

Moreno, principal at Aurora High School, was also a member of the Calexico City Council from 2008-2016, where he saw his friend rise through the ranks at the department.

“He sets the tone through his leadership. He says, ‘I’m a listener and I’m a doer,’” the former mayor explained.

Moreno recalled when he was on the council Gerardo always called him and his fellow council members back to explain issues or answer questions.

Gerardo is a “great fit for leadership at the Police Department,” Moreno added.

A 30-year veteran, patrol Sgt. Victor Legaspi noted he has witnessed Gerardo’s growth from a part-time reserve officer to the top position, and he sees what makes the chief special.

“What I see that makes him different is he’s a people person. … I know Chalo. You can go into his office, have a sit-down with him, and he listens,” Legaspi said. “He’s a good friend, and a great mentor for officers.”

Legaspi said Gerardo always comes to work with a smile, likes to hang out and talk with younger officers and is known to send out the occasional inspirational email to his officers, usually with quotes from some of history’s great leaders.

Those qualities are what prompted the Calexico Police Advisory Commission to also write a letter of support for the chief when it came time to consider his raise.

“We at the Police Advisory commission are pleased to have a police chief that has demonstrated time and time again his ability to provide vision, transparency, leadership and uncompromising commitment to the city of Calexico and the Police Department. We, the Police Advisory Commission, voted unanimously in support of drafting this letter of support supporting Chief Gerardo. Thus, we wholeheartedly and unequivocally recommend your continued support of Chief Gerardo’s continued leadership of our Calexico Police Department,” said the letter, signed by commission chairman Orlando Espino. 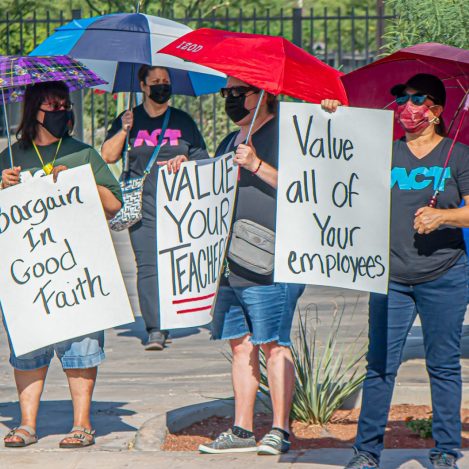