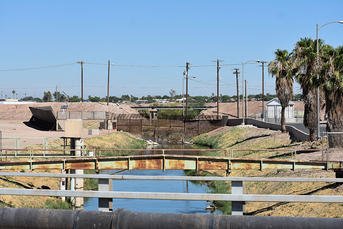 New River Clean Up Could Get Funding in New Trade Bill

CALEXICO — City of Calexico and Imperial County officials said they are encouraged upon learning a proposed U.S.-Mexico-Canada trade agreement could contain funding to help clean up the New River.

Funding for the highly polluted waterway that crosses from Mexico to the U.S. in Calexico could be contained in $515 million the United States-Mexico-Canada Implementation Act. It would replace the North American Free Trade Agreement.

The House of Representatives was expected to vote on the pact on Dec. 19 and the  Senate to take it up in January, said Rebecca Terrazas-Baxter, Imperial County intergovernmental relations director.

It wasn’t clear until the full text of the House’s version of the agreement was released Dec. 16 that the New River could be eligible for some of that funding and more.

County to be Aggressive

“We’re going to go after it and make every request we had under our emergency declaration,” Imperial County Board of Supervisors Chairman Ryan Kelley said Dec. 16. “It gives us hope. … We’re encouraged.”

The county board on Nov. 5 declared a state of emergency over sewage spills in Mexico that flowed into the county through the New River, alleging it is a health danger.

“The New River takes precedence over everything. It’s been here for decades,” said county Supervisor Jesus Escobar, whose district includes Calexico. “Hopefully, we’re on a relatively even playing field at this point” when it comes to competing with the San Diego area for funding.

Kelley said it will up to the county to remain vigilant and continue pressing federal officials to take notice of Imperial County’s needs to get the river cleaned up.

The prospect of funding is good news for the city Calexico, which is seeking another $15 million to $25 million to finish its partially completed New River Improvement/Parkway Project.

“If there is any chance for the county or city to apply for the remaining needed funds for the New River, you can be sure that we will,” City Manager David Dale stated in a Dec. 16 email. “Our reaction on this would be that we would hope that the federal government would consider the Imperial County’s needs as important as the needs on the coast and other border areas.”

The Calexico project includes creating parkland along the river, having it run underground through the city and partially treating its highly polluted water.

New River Has a Shot

While the Tijuana River in San Diego County is mentioned in the bill proposing the trade agreement, that does preclude the New River from being funded under it,  Terrazas-Baxter explained.

She said she reached that conclusion after reviewing the bill text and speaking with the office of U.S. Rep. Juan Vargas, whose district includes Imperial County and part of San Diego County.

The Tijuana River is mentioned to provide the U.S. Environmental Protection Agency with authority create water-treatment projects, Terrazas-Baxter added. The bill does specifically fund a project.

The trade agreement contains $300 million in Border Water Infrastructure Program money for which eligible projects could apply, including those in Imperial County, she said.

“The money is not specifically designated for the Tijuana River, so New River projects and other cross-border pollution projects within those two regions — basically along the entire U.S.-Mexico border — are able to apply for it,” Terrazas-Baxter said Dec. 16.

Previous
After Big Loss What’s Next for Boxer Andy Ruiz? 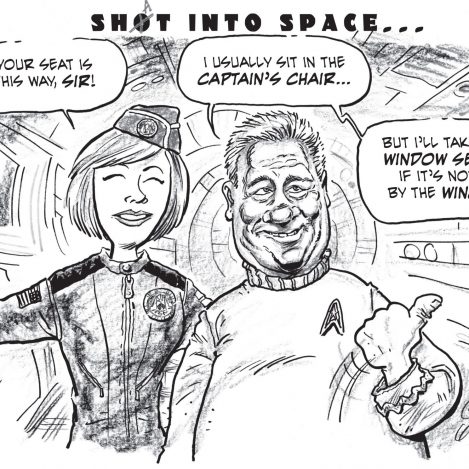 GILGAR: Privatization of the Space Race