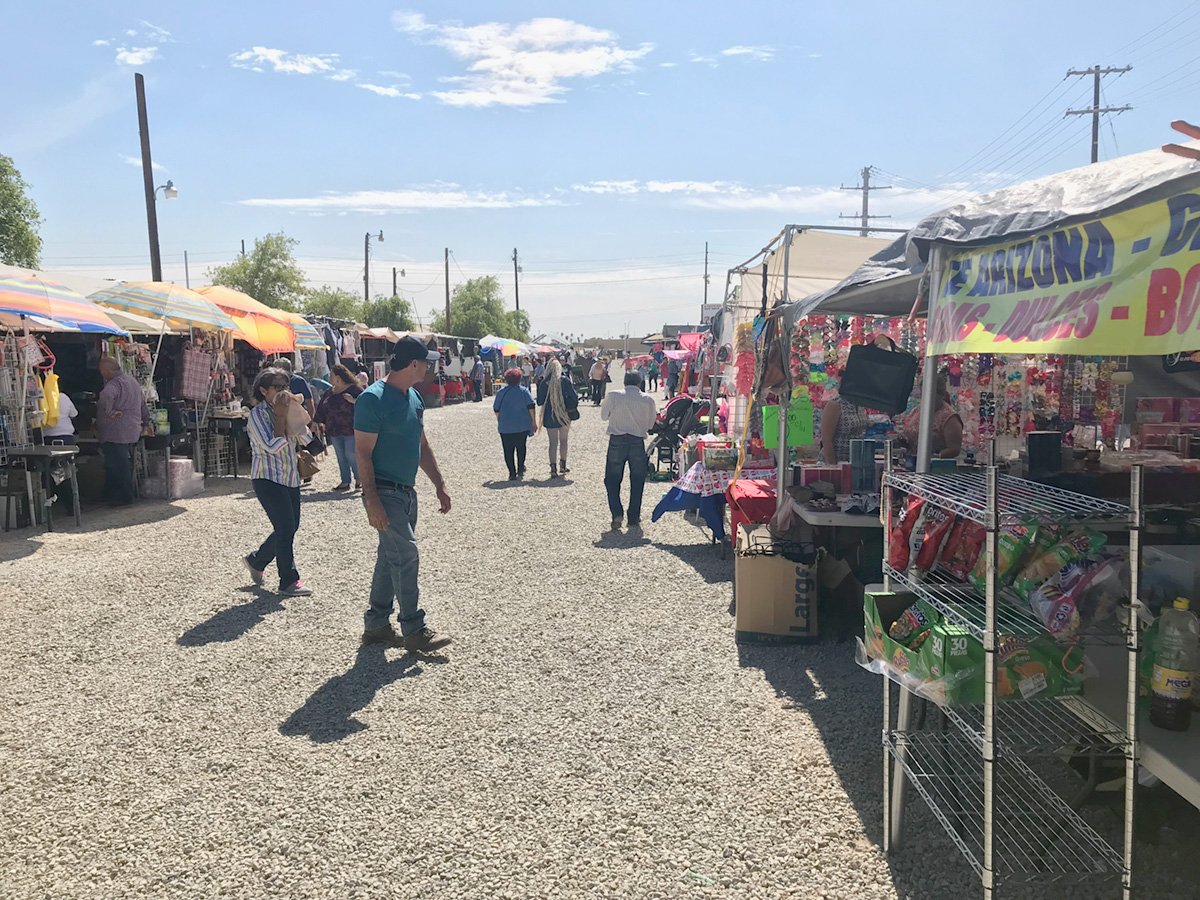 Would-be buyers examine the offerings of vendor booths at the Santo Tomas Swap Meet in Calexico on June 30. After more than 40 years the once-popular marketplace closed for good at the end of the day. If offered thousands of items at prices often lower than brick-and-mortar stores but a fire in December and a subsequent dispute with city officials over alleged code violations spelled its doom. | MARIO CONDE PHOTO
Home
Featured Stories
In Featured StoriesLocal News

Rise From the Ashes? Santo Tomas May Not be Dead After All

CALEXICO — Calexico city officials are apparently working behind the scenes with at least one representative of the closed Santo Tomas Swap Meet to either reopen the facility within three months “or get something new there,” it has been learned.

Council Member Morris Reisen said during a brief interview Dec. 16 the location’s former general manager, Juan Carlos Gonzalez, has been working with Assistant City Manager Miguel Figueroa on several options for the site at 1102 V.V. Williams Ave. They include  reopening or new retail stores or apartments.

Those efforts have the blessing of property owners, the Martinez family, Reisen added.

“He’s working on it. We’re going to give our part. We’re going to do more,” Reisen said, referring to the city’s efforts to be more accommodating to working with the Gonzalez and the Martinez family.

“I’d rather have the swap meet back than apartments. … I feel really bad they weren’t open for this Christmas,” he added.

It was a Dec. 8, 2018, fire that closed Santo Tomas intermittently until the owners shut it down for good in June amid allegations of fire and safety code violations. The fire cause was found to be faulty electrical wiring.

Neither Gonzalez nor Figueroa could be immediately reached for comment.

Meanwhile, Calexico Mayor Bill Hodge announced recently he and Reisen were forming a special committee addressing issues regarding the outdoor marketplace’s closure. The city has faced regular criticism from former swap meet vendors over its role in the closure.

Hodge, who revealed the effort at a Dec. 9 council meeting, also could not be reached for comment.

Reisen said he and Hodge wanted the special committee on the agenda for the council’s Dec. 18 meeting, but added Figueroa talked them out of it because of the ongoing discussions between the Figueroa and Gonzalez.

Not realizing the city and Gonzalez were in some sort of talks, Calexico City Manager David Dale was asked during an interview Dec. 13 whether a new committee addressing lingering Santo Tomas issues was keeping open an old wound.

“It’s not a dead issue. If they want to reopen Santo Tomas, they will need to submit a plan and get it approved by the (project review committee),” Dale said.

“We are still open to this as we have been from the beginning, and even during the trials and negotiations,” he added. “It was the ownership who decided that they did not feel it was a viable financial investment to bring the site up to code and remain open.”

In trying to assist Santo Tomas operators in reopening, Reisen said he wants the council to give more “leeway,” including not requiring a $5 million surety bond to reopen, something that had been required by the city during its first round of negotiations with Santo Tomas prior to its closure.

Reisen said Dec. 16 he and Hodge have been joined by Council Member David Romero in their support of the special committee.

Not all council members seem to be so enthusiastic about the committee, though. When contacted about Hodge’s Dec. 9 announcement, Lewis Pacheco said he was confused by the point of continuing to address Santo Tomas-related issues.

“It was a little strange of an announcement. I don’t know what to think about it,” Pacheco said during a Dec. 16 interview. “I really don’t know what those council members are considering or thinking or generating meetings for.”

Pacheco said the primary concern should be making sure the code violations are corrected before anything else.

“A lot of issues need to be addressed. It needs more than just wishful thinking … there are more steps to deal with it,” he said. “I was a little surprised to hear that (Hodge’s announcement).”

Reisen said the committee had not met as of Dec. 16, but that he had a planned meeting with Gonzalez on the afternoon of Dec. 19. Reisen said he would talk about the contents of the meetings after it occurred.

Reisen also did not mention how the vendors might be involved in any special committee discussions, something Hodge said would be part of the meetings.

It isn’t known how many vendors were left out of work by the closure, but a number of them opened local storefronts. Others reportedly opened in Mexicali, several relocated to the Calexico In-door Swap Meet at Grant Street and Cesar Chavez Boulevard and others moved to the Las Palmas swap meet on Ollie Avenue.

More than 20 vendors were part of a claim against the city for lost wages that was rejected by the city in August. An attorney for the vendors said at the time of the rejection his law firm was still weighing whether it would file a lawsuit against the city. The filing deadline would be in mid-January, attorney David Vassalli of Walter Clark Legal Group of Rancho Mirage has said.

“This ad hoc committee’s purpose is to (one) … foster a positive relationship between the city, Santo Tomas owners and vendors; two, to act in good faith to address current grievances or issues, and try to correct them; and three, to examine and understand the new swap meet ordinance,” the mayor said. “These are just a few purposes, and there will be many more. We’ll be contacting certain individuals about this ad hoc committee,” Hodge continued. 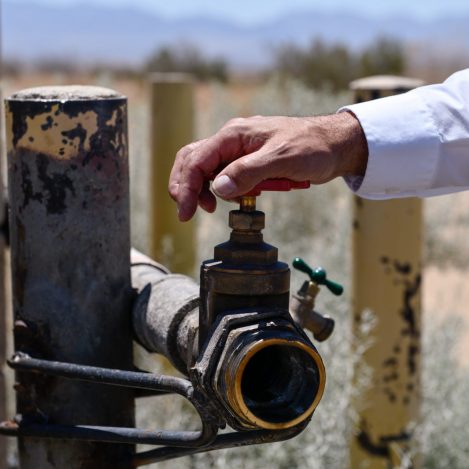