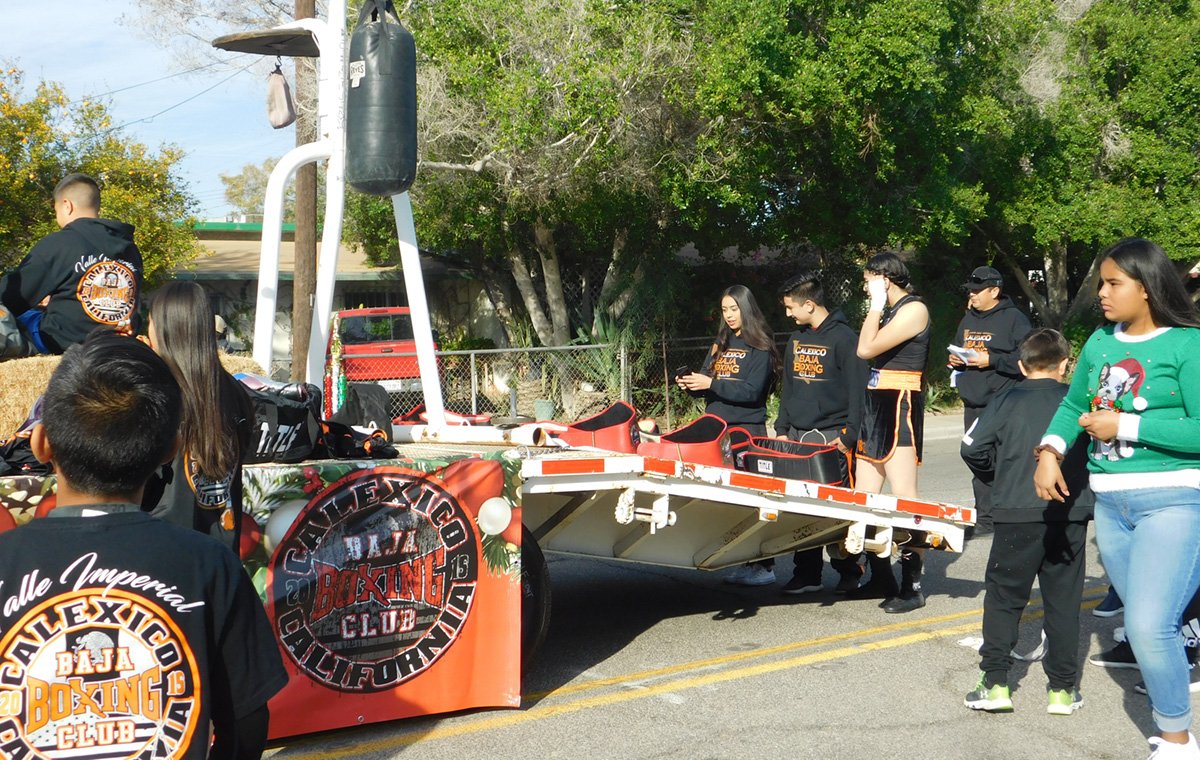 CALEXICO — The morning sun warmed the early birds lining up for the Calexico Christmas parade on Dec. 14 as trucks pulling the largest and most intricate floats carefully maneuvered to the parade start at Second Street and Blair Avenue.

Grinch-like bumpy streets knocked off an ornament or two, but all the floats reached their destination relatively intact, ready for the show.

One of the earliest participants to line up was the Calexico Rotary club. In an attempt to not lose any ornaments on the way to the parade, the members of the club decorated their creation once they were lined up and ready to go.

“We’ve been attending the parade for around 10 years,” revealed Baxley. “We brought the Rotary trailer out of storage, filled out the application and started recruiting volunteers from high schools and the college through the Rotarette and Interact clubs, respectively.”

Noting the absence of the young volunteers that early into the preparation, Baxley said, “Come on, the kids get to sleep in a bit on a Saturday.”

Another showy float took the form of a giant gingerbread house, part of the Inmate Workers Program, led by Cpl. Jose Garcia. The intricately designed float attracted onlookers even before the event started.

“The inmates constructed this float through the corrections program, and it took them approximately two and a half months to complete,” said Garcia.

“We were so impressed with the float we just had to use it for other parades around the (Imperial) Valley,” he added, “The float actually made its debut at the Navy (Naval Air Facility El Centro) parade a few weeks ago, and after this parade we’re heading over to Imperial for their parade. So we’re definitely making good use of it.”

The parade start line was in front of D’poly’s Mexican restaurant. As the morning progressed and the final preparations for the floats were underway, spectators began to set up their chairs and shades in preparation. The south side of Second St. saw the most spectators, as buildings cast a cool shadow there.

A bit further down Blair, half a block from the start, the U.S. Navy cadets practiced their marching drills, displaying tightly coordinated movements in unison. As they took a short break, the cadets gathered in the shade to rest.

“This is my third year as a Navy cadet,” said high school student Alberto Mosqueda. “They’ve helped us become better citizens, learn about nautical and land navigation, learn about ships, and how to be part of a unit following orders.”

He added, “This isn’t my first parade. We’re here to show what we got, to show how disciplined we are and how good we march.”

Boxers Step Out of Ring

Another standout float caught the attention of the spectators. It featured a full training station in the back, complete with punching and speed bags. Young trainers stretched and shadow boxed near the float.

“We represent Baja Boxing Club here in Calexico,” said owner Raul Lau. “This is the fifth time we’ve participated in this parade.”

He added, “We participate in local and state competitions with our students and have even won some championships” as he motioned to the display of trophies and belts set up in the back of the float.

By 9:30 a.m. spectators had showed up in droves, and all lined up to cheer for their favorite participants. Some even deployed drones to get a better view of the proceedings, something that the participants took note of as they waved and looked up to greet the cameras. 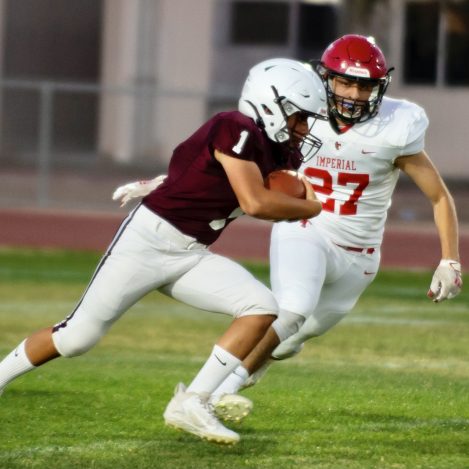