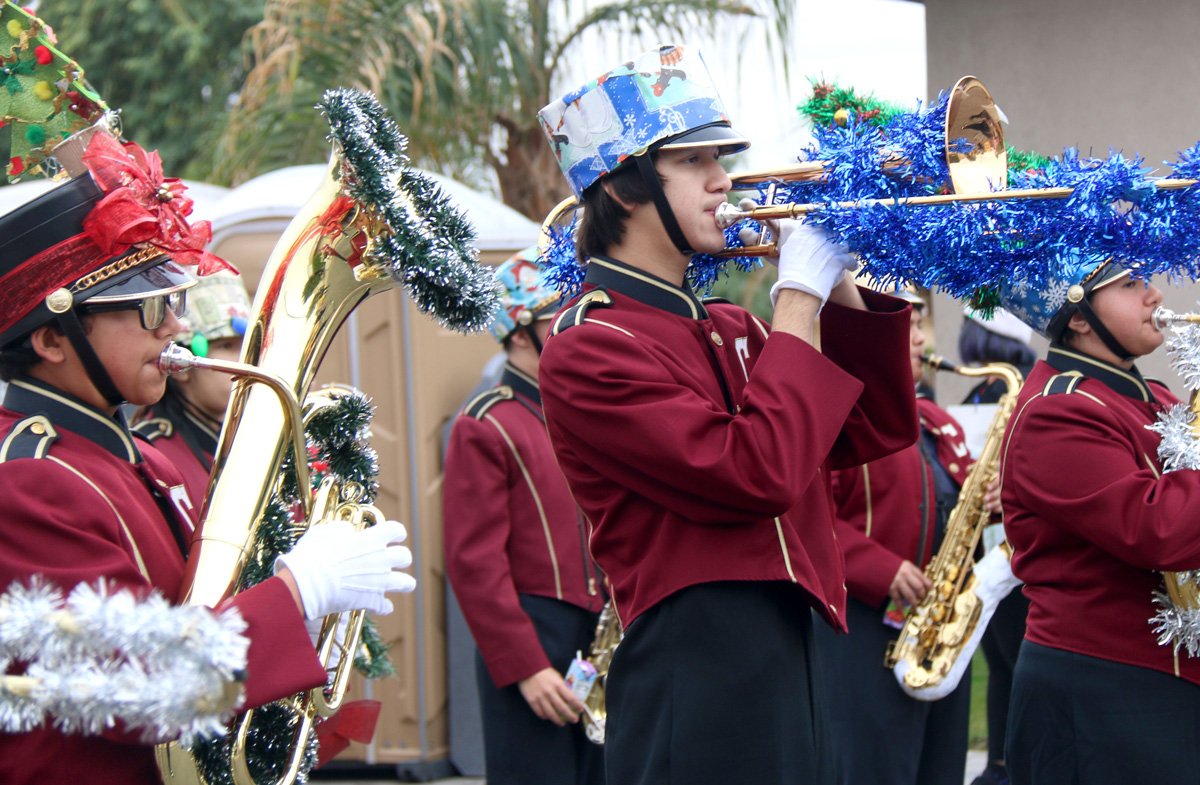 EL CENTRO — For the 74th Annual Los Vigilantes Christmas Parade organizers had flirted with doing something different, yet finally stayed with what always worked to the typical enthusiastic response of those who lined streets to view the spectacle.

Luis Minor, past ramrod of the Los Vigilantes, the nonprofit civic organization that stages the parade along with the city of El Centro, said a proposal for a night march was nixed.

Among those content with tradition were representatives from Pioneers Memorial Healthcare District, winner of the sweepstakes category for floats.

Pioneers kept to the theme of the parade, March of the Toy Soldiers, with its float, the Pioneers Health Express Train featuring mascot Scrubs the Red Panda.

Speaking from a health perspective, Salazar cautioned to not let the holidays overwhelm.

“We’ll all want to have a good time but it can be stressful,” he said. “So, let’s all stay healthy. If you are in the mood for three tamales, try eating just two.”

It’s All About Children

“I think Christmas caters to children’s happiness and that’s what recreation is all about,” she said. “I hope everybody has a very Merry Christmas. What’s special about today, this weather (9:30 a.m.) is beautiful … with no rain.”

Leading off the parade was the Southwest High School Eagles marching band and spearheading the band were drum majors Kailah Alvarez and Alex Lopez.

“It’s my first year and it’s a nice experience. All the bands get to do this every year to represent their school and we get to play our favorite song, ‘Brooklyn’ by the Young Blood Brass Band,” said Alex.

Added Kailah, “This is my last year but I’ve been playing clarinet since seventh grade. We really like it when everybody comes out for Christmas and we get to parade with all the beautiful decorations.”

Terri Rogers, past president of the El Centro Chamber of Commerce and Visitors Bureau, noted the parade coincides with the Christmas shopping season.

“The chamber thanks everybody who is here and we really appreciate the community for shopping locally,” she said.

Dominque Molina, a member of the Southwest High School Key Club, kept a close eye on the proceedings at the parade route starting line.

“I’m glad we can be a part of the community (during the parade) and show our Southwest spirit,” she said. “The Key Club carries our banners and sponsor ads. We’re here to help any group who needs us.”

“Our guys deserve all the recognition, they’re amazing,” Edward said. “This is all about children and families. It’s the embodiment of what Imperial Valley stands for–awesome.”

Those efforts were not lost on Joe Hernandez, a retired U.S. Department of Homeland Security employee, who was sitting in a camp chair along with his children, Scarlet and Geanna, along the parade route.

He likely spoke for many viewers when he said, “It’s nice to be out here and it’s always good to see the community to get together. We’re just waiting for Santa to show up.” 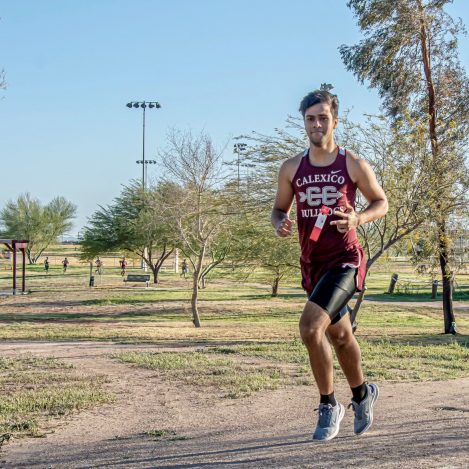