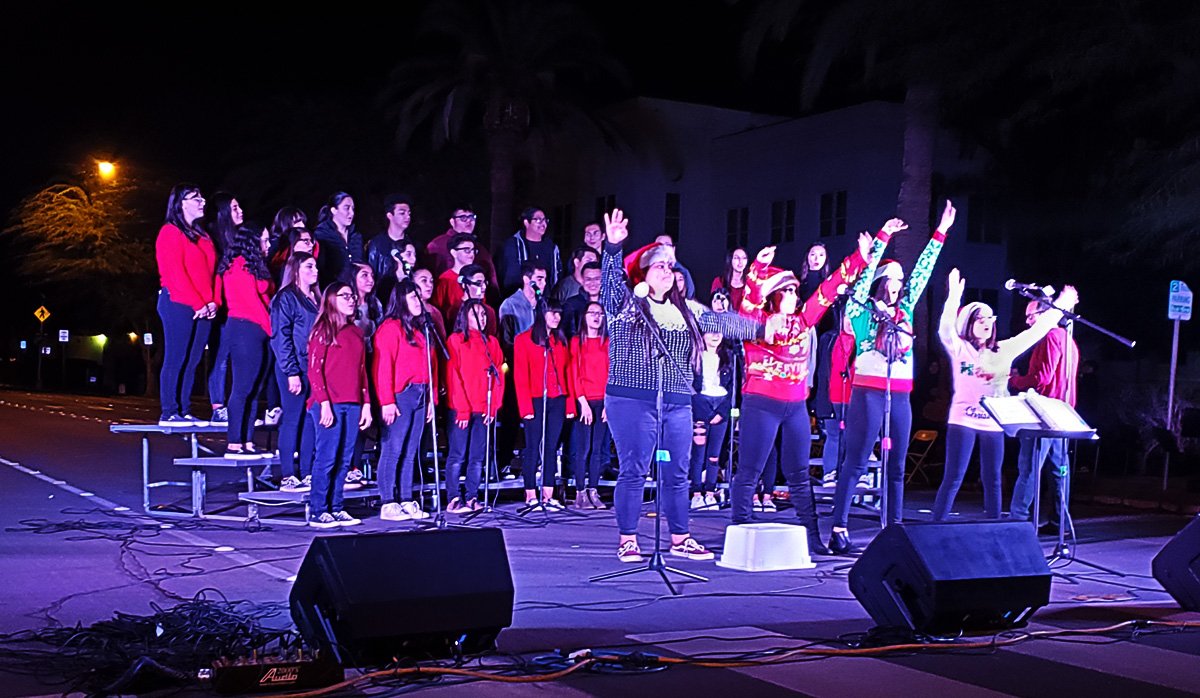 EL CENTRO — For children, the Dec. 6 Christmas Tree Lighting Ceremony at 11th and Main streets in El Centro was all about getting to see Santa. Everyone else seemed to have their eyes glued to the stage for the Central Union High School Choir and Guitar Band’s musical ensemble.

The festive street fair organized by the city of El Centro included vendors, food booths and beverages. It was part of a weekend holiday kick off that included the Dec. 7 Los Vigilantes Christmas Parade.

Before its performance, the large musical group warmed up their voices one block away from the stage.

Joanna Landeros and Brianna Lopez are seniors at Central and have been in the choir all through high school. This year, they convinced their reluctant teacher, Matt Gaede, to allow them and two friends to perform a choreographed dance while the choir sang.

“We are going to do a dance from the movie ‘Mean Girls’ while the choir sings Jingle Bells. The choir will also sing Carol of the Bells and Feliz Navidad,” Brianna said.

Joanna described what it is like to be in the choir at Central, saying, “It is really fund and can be stressful at times like this. We meet twice a week after school for about an hour.”

Jazeline Pacheco, a junior at Central who has been in the choir for two years, said during a break from her warm-up routine, “My favorite thing about being in the choir is that we are all one big family. There are about 45 of us.”

The girls gave four tips for anyone who will be singing this holiday season: breathe properly, have good posture, a positive attitude and smile while singing.

After the performance, Gaede commented on the importance of keeping music programs in public schools.

“It’s not just about music. It is about building discipline in their lives and it affects every part of who they are,” he said. “Not only does it bring joy and excitement to students, but at the same time it gives them purpose. Its gives them an outlet and it gives them something to give back to their community.”

Although the performance was momentarily interrupted with some technical difficulties with microphones, the group was able to refocus and shine through with their voices.

Speaking of the performance, Gaede commented, “We did well. I think our finale turned out really well. We had some rough spots, but we will continue to work on our craft.” The group is raising money for a field trip to perform in Florida. Anyone interested in sponsoring the group may contact Gaede at Central High at (760) 336-4300. 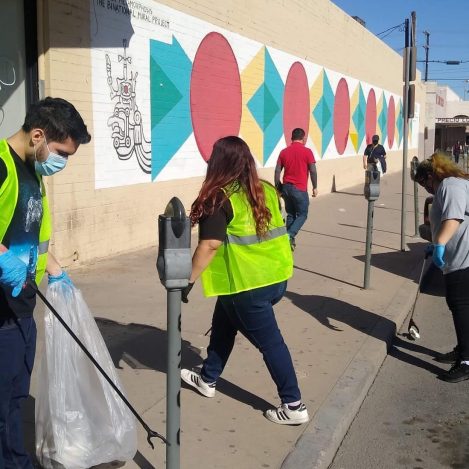