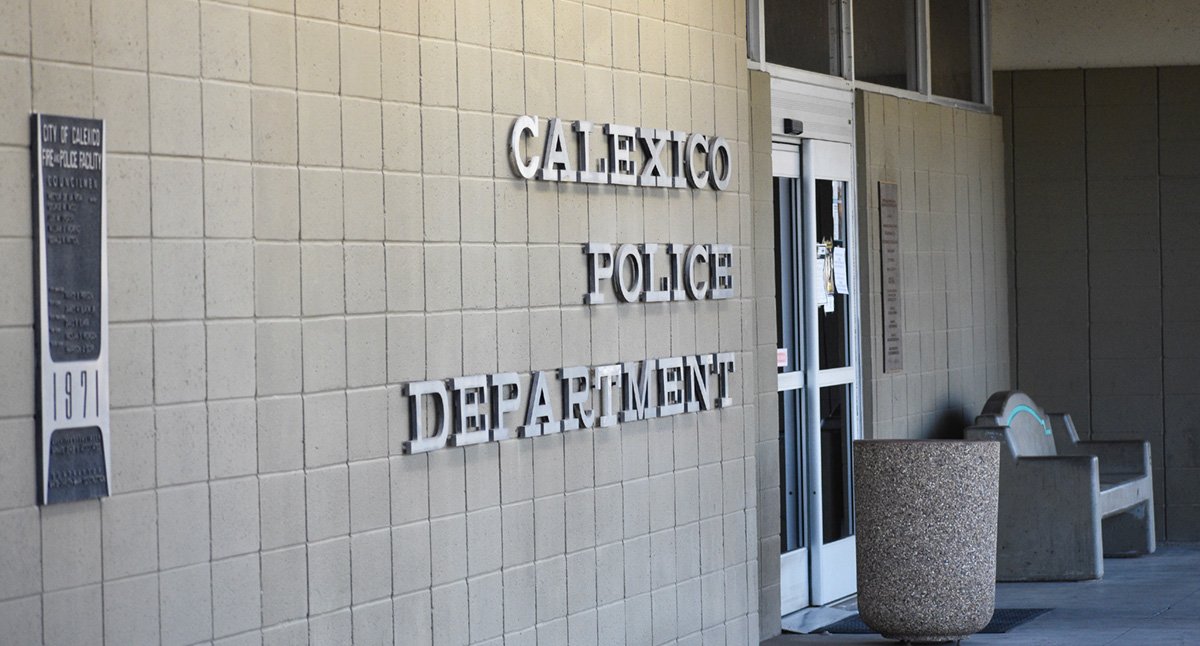 Calexico Police Chief Gonzalo Gerardo said the department favors the gates the city council has had installed at the entrances to a downtown alley to improve safety and cleanliness, as well as plans to lock those gates. | Corissa Ibarra photo
Home
Featured Stories
In Featured StoriesLocal News

CALEXICO — While Calexico is at least two months from locking new gates installed at the entrances to a downtown alley, some public-safety officials and merchants said once that happens improvements will be noticed.

“We’re not seeing an issue. We’ll be outfitted with a key to get in,” city fire Chief Diego Favila said, adding the locks will not make a difference with access for either fire engines or ambulances.

Nor does he believe the locked gates will negatively affect response times.

“If the city council approves it, it’s our job to work around it. … It won’t impede our mission,” he said.

As part of the city council’s Downtown Action Plan to fuel commerce, eight-foot wrought iron gates were recently erected at the entrances to the alley between First and Second streets from Rockwood to Heffernan avenues. More gates are planned for another nearby alley.

The downtown alleys have been bedroom and bathroom for homeless living close to the shopping district, while the area has also been rife with crime, including vandalism and arson.

The gates remain unlocked as the city crafts a separate ordinance required to restrict access to alley rights of way.

It is hoped the locked gates will act as a deterrent and assist in putting an end to the spate of downtown trash-bin fires that have been occurring for several months, Favila added.

“Pretty much every evening,” he said the fire department has been responding to commercial trash-bin fires.

The blazes have not resulted in any injuries but have caused minor cosmetic damage to the rear of buildings.

Four suspects have been arrested in connection with the fires, including some alleged repeat offenders, police Chief Gonzalo Gerardo said, though they are quickly released. There is hope the locked gates will be a more effective deterrent, he added.

The gates will be beneficial for the patrolling of downtown, Gerardo said, as officers cruise the open alleys every day. In the case of the gated alley, it will force officers to walk down the alley and get a better look at what’s going on.

“We can see more that way,” the police chief said. “It will help us out.”

City police have been in contact with the U.S. Border Patrol El Centro Sector about the gates and Gerardo said police or fire officials will open them for the Border Patrol as needed.

“The gates that the city of Calexico has put in these locations has not negatively impacted the way that we operate in downtown Calexico,” Border Patrol Special Operations Supervisor Miguel A. Garcia stated in a Nov. 25 email.

Meanwhile, several downtown merchants interviewed stressed the unlocked gates serve no purpose, though almost all agreed once locked the gates should be effective at reducing crime and increasing cleanliness.

“It’s a good idea, but it would be an even better idea if they put some kind of lock on (the gate),”  said Asmar Badawi, owner of Edi’s Fashion at 101 Heffernan Ave. “Right now, there is no lock on the gates. They need to put a lock and give all the merchants access to it. Too many times kids or homeless start a fire in the trash. Especially in the summer.”

Fires occur at least once every other month, Badawi added.

Rodrigo Valenzuela, manager of Kids Club Clothing Store at 244 E. Second St., noted he is optimistic about the gates’ effectiveness but realizes the problems are nowhere near solved.

Now That Imperial County Schools Can Reopen, Plans are Underway

“Every day they are still behind the store loitering and causing problems for business owners and patrons alike. If the city put a lock on the gate at night, it would help to curb some of the worst crime that takes place after store hours,” Valenzuela added.

Alma Garcia, an associate at Don Roberto Jewelers at 250 E. Second St., said she fears going into the alleys to dump trash due to the loiterers and hopes locked gates will help. Garcia said she tries to dump trash with another associate for safety purposes and that the trash bin area stinks so bad that sometimes they come back into the store smelling like urine.

However, Erica Herrera, manager of Melrose Fashion at 220 E. Second St., said she is not optimistic about the new gates having an effect on crime.

“For me, it hasn’t been any different,” she said. “The homeless jump the fence, and right now by 4:30 (p.m.), we don’t like to go out there because it doesn’t feel safe for employees to go out there. The alleys are still dirty and theft is rampant.”

Herrera added, “What I know, the gates do not have a lock. If they did put locks on the gates, the homeless will jump the gate. We hope the city will find a solution. The filth and the smell are terrible.”

However, police chief Gerardo predicted the gates might gain in  popularity.

“If (the locked gates on the alleys downtown) work, they’ll probably put them in other downtown areas. The problem area is downtown, not other parts of the city,” Gerardo said.

Man Killed After Being Hit by Border Agent ID’d, Was a Mexican National, 21