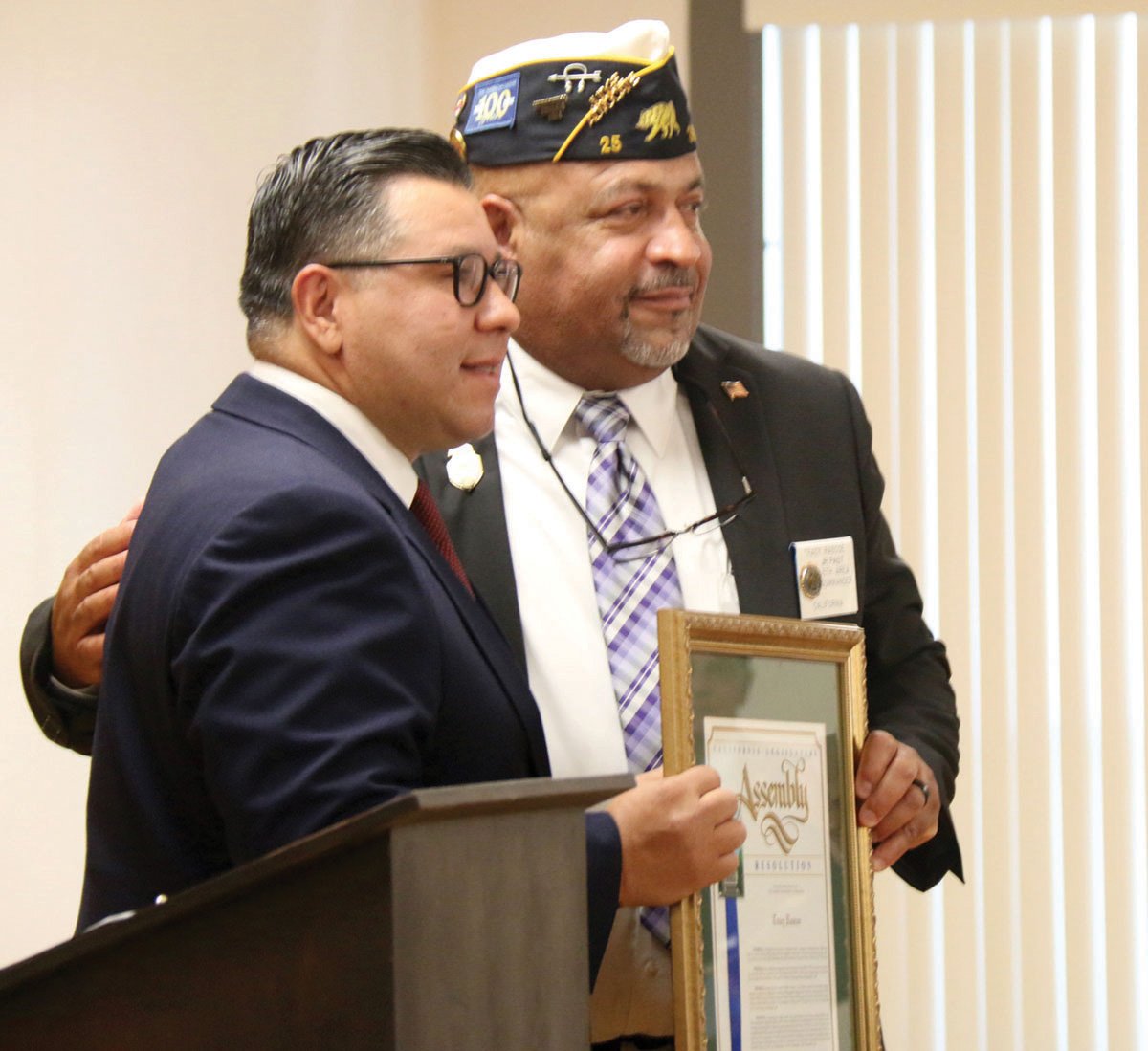 Tracy Rascoe, vice commander of the American Legion Department of California Area 5 and former member of the Navy, knows well the chain of command and his devotion to duty has served him well.

For these and many more reasons Rascoe came to the attention of Assembly Member Eduardo Garcia (D-Coachella) who had him recognized as the 2019 Distinguished Veteran of the Year for the 56th Assembly District. He was honored at the Veteran’s Memorial Hall in Imperial on Nov. 7.

Before a gathering of local dignitaries Rascoe recalled his father was a formidable influence, a U.S. Army serviceman for 30 years who attained the rank of sergeant major. Yet was his mother, a registered nurse, who perhaps left the more lasting impression.

“When I got out here (from North Carolina) and was promoted lead of the American Wind Energy Education Work Group, I phoned my mother the good news,” he recalled for his audience. “But she told me, ‘That’s well and good but life is not about the money you earn but the number of people who you touch in a positive way.’”

Rascoe admitted that did not sink in until he went back east to attend her funeral years later. There were 500 attendees who paid their respects and it was then Rascoe realized his mother had touched a lot of lives and she was correct.

Long before that Rascoe, who had 10 years of active duty in the U.S. Navy and then 12 more in the Navy and Army reserves, learned it was better to serve others than serve yourself.

“The motto of the American Legion and all veteran organizations is: leave no man (or woman) behind,” he stressed.

Rascoe an Inspiration to Next Generation

Martin Islas, commander of American Legion Post 60 in Brawley, delivered a brief testimonial. He extolled Rascoe as a great mentor, friend and awesome leader. But at the conclusion of the ceremony in an interview he had a much more telling reminiscence.

It was only a couple of years ago Islas became commander of Post 60 and began feeling the pressures of his new responsibilities. In addition, he was still experiencing panic disorder after his tour of Afghanistan. In a moment of need Islas reached out to Rascoe with a phone call at 3 a.m. Rather than being annoyed, Rascoe commiserated with Islas.

“He told me the position I took on was not an easy one,” recalled Islas. “Tracy let me know he is here for me. He pulled me out of a deep depression I would have fallen in. He even followed up and checked up on me a couple of days later. You usually don’t get that from leaders.”

Garcia, explaining what made Rascoe such a deserving candidate, noted while answering the nation’s call to duty he exemplified integrity. As a veteran he dedicated efforts to improve the lives of fellow veterans.

Garcia also pointed out that in Imperial Valley, a hub of economic challenges, it is important to address the issue of homelessness, particularly those homeless veterans. They have been on the radar screen for Rascoe ever since joining the American Legion.

“Believe me those men and women are being heard,” pledged Rascoe. “That’s why I became a member of the Imperial County Continuum of Care council. I participated in the point-in-time count (January) to find out how many veterans are homeless and what we can do about it.”

Perhaps what was most disheartening, Rascoe revealed, was discovering  Imperial County’s resources are limited as to what it can be done. He has an ally in the CalVet County Veterans Service Office, who claims representative, Lorena, Lacar, was working an information table at the celebration.

The only men’s shelter in the county, explained Lacar, is Our Lady of Guadalupe in Calexico. Homeless can only stay Monday through Friday and must apply for authorization to remain daily. Many of the homeless are receiving benefits but they do not want to use Section 8 housing vouchers, she explained.

Calexico City Council Not Eligible to Give Itself $7,000 in ‘Hero Pay’

Some causes of their predicament are post-traumatic stress disorder, drug addiction or other mental health challenges.

“But if those in need reach out to CVSO we can get them housing vouchers, apply for monetary or health benefits for individuals, their spouse and children,” said Lacar. “If you visit our office, we can get you situated.”

Michael Weir, commander of DOC-Area 5, noted Rascoe focused on doing outreach to veterans from the Korean and Vietnam eras with weekly hospital visits.

Tracy is a great guy,” said Weir. “He’s always out there in the community helping somebody and he’s really pushing it.”

Rascoe said he realizes the attention is now concentrated on the conflict in Syria and neighboring countries but in no way does he feel his cohort of veterans have been overlooked.

“As a whole, veterans are overlooked because such a small percentage of the population serves,” he said. “I would defend my country to my death but our country in its history has not done enough for our veterans. We have a lot of work to do but we can do it together to help educate the public.” 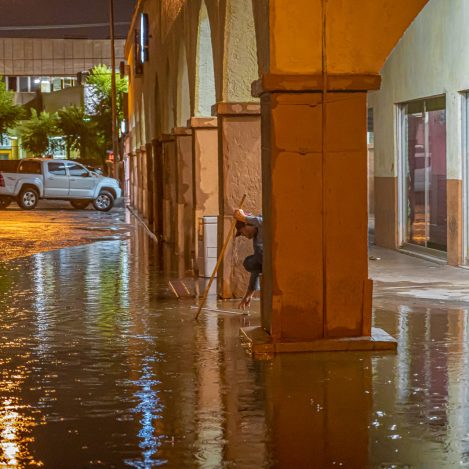