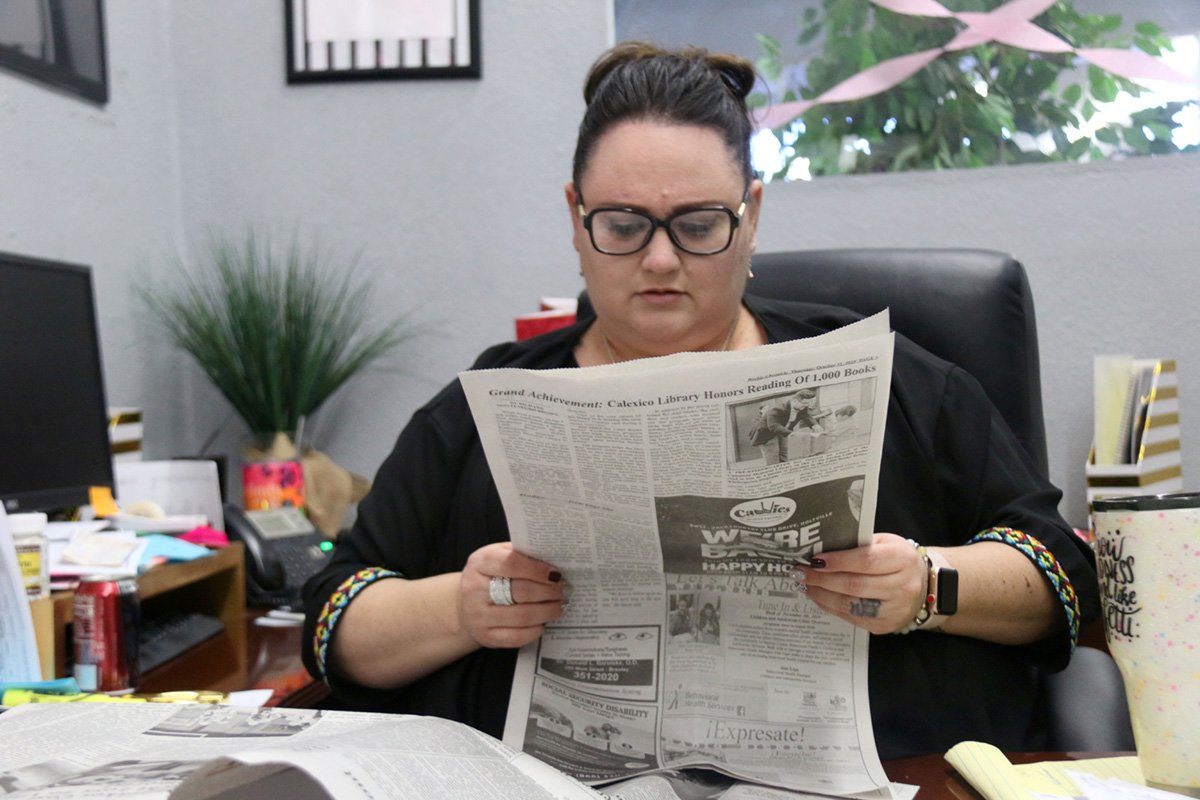 Jessica Solorio, executive director of Spread the Love charity in El Centro, follows the news of the El Centro Aquatic Center opening, which she praised but noted is a hardship on the homeless.
Home
Business
In BusinessLocal News

Many El Centro residents are riding the crest of a wave surfacing with the new Aquatic Center but its rising tide did not lift all boats as some, including those who frequented Adams Park, are struggling to stay afloat.

Jessica Solorio, founder of Spread the Love Charity located just blocks away on Main Street, see the other side of the coin that faces most of her clients, some of the most needy in the county.

“I was happy El Centro was getting something so amazing as the Aquatic Center but super sad the homeless weren’t taken care of before,” she said in an Oct 31 interview. “The homeless were told to move, but when there is no home, where do you go? They’ve scattered, yet most stayed in the vicinity and now about 50 homeless are in the alleys and parking lots of downtown.”

The Aquatic Center was built on city-owned park land along between Adams and Park avenues between Fourth and Sixth streets. It opened Oct. 26. The area was formerly the site of numerous homeless camps.

More Than Just a Park

Henry Poston, 63, has been in Imperial Valley 21 years, arriving from Oklahoma. He has worked in construction but poor health has hampered him most of his life. Now with a heart murmur, he also suffers lower intestinal stress and numbing in both legs. For a time he was able to recycle bottles and metals but almost no recyclers remain in the downtown area.

“I was going to Adams Park when I was looking after an elderly couple, Frank Beltran and his wife, and they gave me a room to stay at their place,” recalled Poston. “I was working landscaping but I can’t anymore since I can’t strain my lower intestines.”

Poston previously went to Adams Park to get meals from one of a number of churches that did outreach there. But Poston was anxious when he first heard the Aquatic Center was going to be built there.

“I didn’t like the idea, but I understand the community wants a place for the neighborhood to go,” he said. “But we liked to use the restrooms and we could use the sink to wash up in. It wasn’t great but we got halfway cleaned up.”

A special hardship for Poston was when the police vacated the homeless from Adams Park when resident complaints became prevalent. He lost his documents, particularly those needed to obtain disability benefits, but now with the assistance of Spread the Love he will able to replace his medical card.

Rudy Villalobos, 55, is also now homeless, but 10 years ago he took care of his parents and earned a paycheck providing in-home assistance to the disabled. He also partook of the church-sponsored meals at Adams Park and relies on Spread the Love charity.

“The pool construction wasn’t great from me, especially when they closed the bathrooms,” he said. “Now we have to go to the transit station (Seventh and State streets). Well, the pool is what it is. But Spread the Love gives us something to eat. And I have some family in El Centro to help me.”

Besides the homeless who were forced to move, the center is a big change for its more permanent neighbors. Shawn Benson, an employee with the Gun Shop on Broadway, just two blocks from the Aquatic Center, explained it will definitely bring traffic to the area.

“But I don’t know if they (pool patrons) will be interested in stopping by the shop to buy ammunition on days they are using the pool,” he said, perhaps in jest. “But according to our boss, the pool is a great addition to the neighborhood. And we sure hope the children enjoy it.”

Julie Gobae, a neighborhood resident, was strolling past the Aquatic Center gates just hours before Halloween trick or treating began. She explained the pool is nice but the city opened when it was too cold.

“But the price of $5 (admission) is a lot for kids, especially if you have four or five kids,” said Gobae. “I remember the Plunge (the former city pool) when it was 50 cents. I think they should lower the price to $2, then all the kids can go. But I think the pools are fantastic and beautiful, And, yes, I’ll be swimming there.”

Wendy Luevano, owner of Simply@Home, a vintage furnishings and collectibles shop on Main Street, is certain the Aquatic Center will attract crowds from across Imperial Valley. While she said she sees its value, she also noted the city needs to address its homelessness.

“The community needs this,” she said. “But the city needs to get on board with the homeless. Some have addictions and others need mental health services. But El Centro has closed its eyes to the homeless. It’s not just downtown because they’re now camping around the (former) Smart & Final (on North Imperial Avenue). It breaks my heart. But the pool is great for the community. It’s always a challenge for what kids can do here. We need more recreation and museums down here.”

Previous
Family Generations Bond Over Brawley Chili, Friends From Out of Town as Well 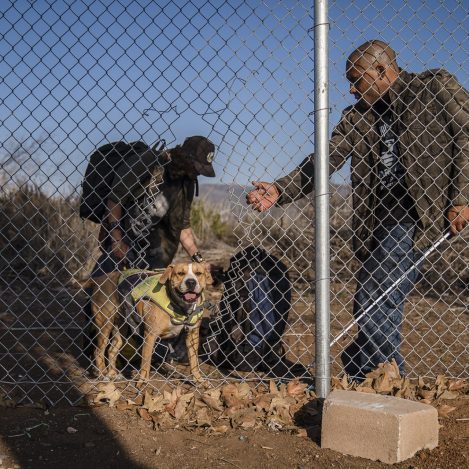 Will California’s Plan for Clearing Camps for Unhoused Work?