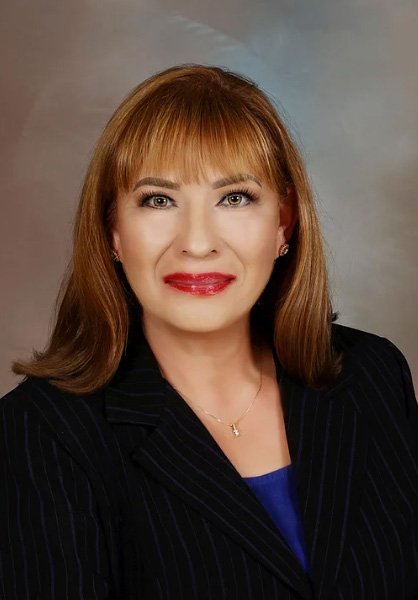 Calexico City Council Member Rosie Fernandez had a blood-alcohol level nearly twice the legal limit when the vehicle she was driving collided with another vehicle in the early morning hours of July 6, a criminal complaint filed against her alleges.

Arraignment in that case and a separate hit-and-run crash is scheduled for Nov. 13 in Imperial County Superior Court.

The state Attorney General’s office has combined the two misdemeanor cases against Fernandez into one proceeding, according to information in the criminal complaint filed Sept. 25 in El Centro.

The rationale for combining the two incidents into one complaint was not available by deadline despite repeated attempts to reach Genevieve Herbert, the deputy state attorney general assigned to the case.

The state took over the cases after the office of Imperial County District Attorney Gilbert Otero declared a conflict of interest in each because Fernandez had worked on Otero’s 2018 re-election campaign.

Four counts have been brought against the 62-year-old Fernandez who was elected to her seat in November 2018. They include two counts of hit-and-run driving resulting in property damage, one count of driving under the influence of an alcoholic beverage with a blood-alcohol level of .15 percent or above, and one count of driving with a .08 percent blood-alcohol content.

An attempt was made to speak with Fernandez about the charges on Oct. 23, but the messages went unanswered by deadline.

Two hit-and-run counts stem from a May 5 incident in Calexico in which Fernandez was the alleged driver of a vehicle that careened off a Calexico street,  struck a sign and a parked car and left the scene.

The entire incident was caught on video and subsequently posted to social media. Fernandez later admitted being the driver and said she reported so to Calexico police on May 6.

The other two charges stem from Fernandez’s July 6 arrest on suspicion of DUI after she reportedly caused an crash on southbound Highway 111 just north of the McCabe Road intersection. The vehicle she was driving allegedly struck the rear of a trailer being towed by a pickup also traveling south on the highway.

The arresting agency, California Highway Patrol, reported at the time the collision caused both vehicles to spin out and block the southbound lanes of the highway. Fernandez was reportedly given a breath test at the scene of the crash in which she allegedly blew over a .08 percent blood-alcohol content level resulting in her arrest at the scene.

She was released from Highway Patrol custody at the scene so she could be transported to El Centro Regional Medical Center for minor injuries sustained in the collision. Fernandez later said she was airlifted to a San Diego-area trauma center with internal bleeding but was released a day later.

One count in the complaint states Fernandez “did drive a vehicle while under the influence of an alcoholic beverage … It is further alleged that … the concentration of alcohol in defendant’s blood was 0.15 percent and more, by weight.”

It wasn’t clear by deadline why two counts were filed in the hit and run case.

Fernandez, in a prior interview with this newspaper, said she contacted the Calexico Police Department on May 6 to report her involvement in the incident.  She later told this newspaper that she had somehow “passed out” at the wheel, but that she didn’t know what had happened. She admitted to the possibility of losing consciousness from a prescription drug she was taking for depression.

Fernandez also said that she had paid for damages to the homeowner’s vehicle she ran into as well as the cost to fix the city stop sign that she had damaged in the collision.

Calexico police were called about the incident, presumably by the homeowner, the evening of May 5, after which officers went to Fernandez’s home and knocked on the door. When no one answered, Police Chief Gonzalo Gerardo told this newspaper the officers left without making contact with Fernandez.

Calexico police submitted its findings in the case several weeks later to the District Attorney’s Office, which later referred the matter to the state after declaring the conflict.

In an interview with this newspaper following the July 6 DUI arrest Fernandez said she denies being under the influence of alcohol, maintaining that she had drank some wine and taken some prescription medication several hours before the early-morning crash.

Again, the case was initially submitted to the local D.A.’s office but soon forwarded to the state Attorney General’s office for possible prosecution due to a conflict of interest.

2020 Brings Confusion to All Walks of Life