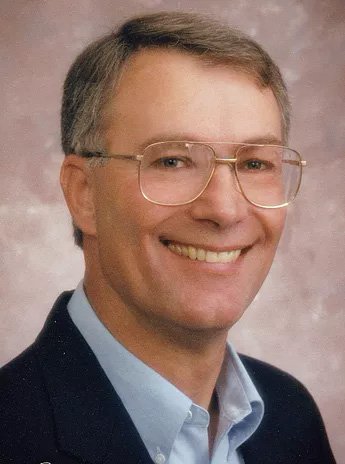 “Obviously, I didn’t expect this, so it’s a surprise and quite an honor,” Brandenberg said after the announcement was made.

“I have a history of over 40 years at the fairgrounds, I enjoy helping Imperial Valley and feel very blessed from my heart and want to thank you all,” he told the crowd of several hundred assembled inside the fairgrounds’ Casa de Mañana building.

Brandenberg is “a great supporter of Imperial Valley youth and he’s given so much to this community,” Plourd said. “His knowledge of the cattle business is vast, and he’s truly deserving of the recognition.”

Brandenberg pointed out that when a family is in the cattle-feeding business, they must look at the profession in the long term. California is the number one agricultural state in the U.S., he explained.

“Our job as producers is to get the word out so residents understand the importance of agriculture in the state,” Brandenberg stressed. “Hopefully, we can bring some regulatory relief to the industry so producers can attain their full potential.”

Growing up around the cattle-feeding industry, Plourd said Brandenberg returned to the Imperial Valley after college in 1976 to manage his father’s feedlot, Brandenberg Yards, east of Calexico. The operation grew to 7,000 head of cattle under Bill Brandenberg’s guidance, Plourd said. Brandenberg went into business for himself several years later when he established Meloland Cattle Co. in El Centro.

Meanwhile, the event also served as an opportunity to celebrate the local agriculture industry. With $2.9 billion in total economic output when both livestock and crops are factored in, agriculture has been and remains Imperial County’s number one industry, edging out government by several hundred thousand dollars and more than double the value of number three industry, real estate.

Not Just About Farming

A highlight of the year for local growers and ranchers, the annual dinner and awards presentation was not just about farming, explained Anne Irigoyen, industry booster and chief operating officer of Ametza LLC, the largest supplier of baled hay products in the southwest U.S.

“It’s about being stewards of the land, taking care of the Imperial Valley,” Irigoyen said. “Most of the winter vegetables come from this region, and a lot of that has to do with being more efficient, energy-conscious, water-efficient and especially moving into green technology. Our farmers and ranchers are awesome.”

Friend Of The Farmers

Shropshire is a salesman and former branch manager for Helena Agri-Enterprises in Brawley. Introducing him was Paula McConnell Pangle, a local farmer and Farm Bureau board member, who noted Shropshire’s deep devotion to farmers and youths through his work with the California Mid-Winter Fair & Fiesta’s junior livestock auction as an auction caller and a member of the fair board.

“I was just notified and am totally elated, very honored, but I can’t be there as my dad passed away in Blythe,” Shropshire said in a video recording played during the dinner event. “It was quite an honor, and I appreciate the Farm Bureau recognizing me,” he added later in a phone conversation with this newspaper.

Shropshire praised the late Betty Young as a strong supporter of the fair’s livestock auction and of local FFA and 4-H clubs. “She’s a special person and an advocate of women’s issues and youth,” he said.

He explained that 2019 has been a decent year for farmers even though prices are not what they would like, but there is probably no industry that does not present challenges.

“The early heat in spring and then the windstorms that kept things cool, messed up the produce guys who depend on certain weather patterns, and threw the growing season out of kilter,” Shropshire said.

Yet farmers are a resilient lot, and the advantage of Imperial County is having a diversity of crops, as well as availability of water, inexpensive land and local farmers’ ability to adapt to changing conditions, Shropshire said. 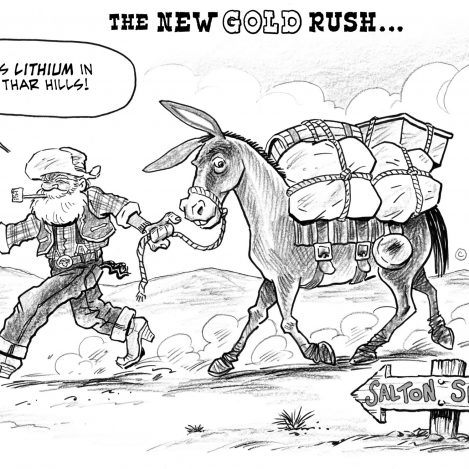