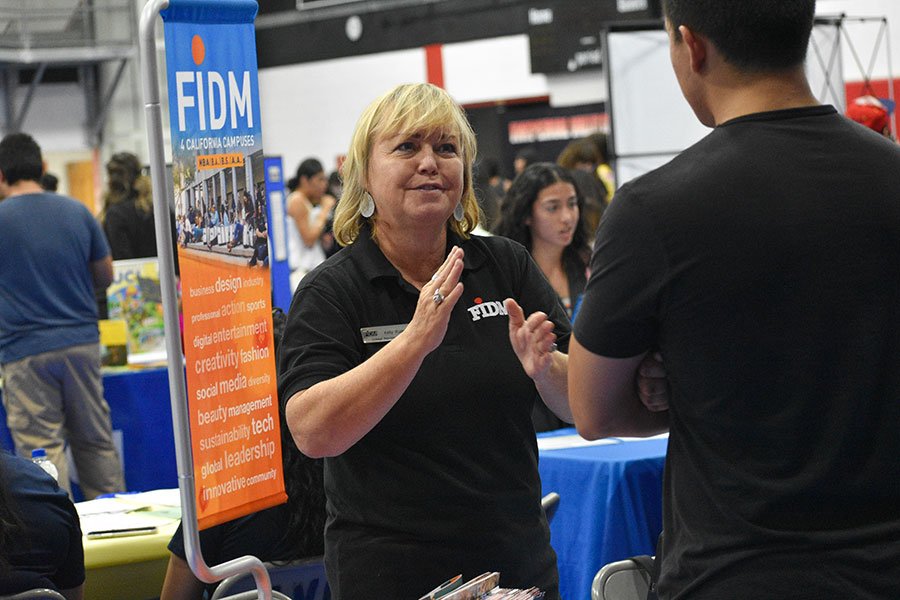 Calexico natives and Imperial Valley College freshmen Oscar Robles and Marco Alcaraz listened intently as U.S. Border Patrol Agent John Mendoza explained how each could earn a starting salary of nearly $42,000 a year for one of the few federal agencies willing to hire 18-year-olds.

Pointing to a salary grid, Mendoza, a recruitment coordinator for the Border Patrol, told the teens that with one full year of employment experience they could qualify to join the thousands of men and women who police the nation’s borders.

Border Patrol and its overseer agency, U.S. Customs and Border Protection, appeared to be among the most popular booths at IVC’s annual Career Fair and College/University Day event. It was held Sept. 26 at the campus’ DePaoli Sports Complex east of Imperial.

With about 1,000 students expected to attend the three-hour event, some 700 high school students and 300 IVC students made their way among 120 exhibitor booths. They were divided into one-third IVC departments, one-third colleges and universities to which IVC students could transfer, and one-third local employers, said organizer Patricia Robles.

“We try to make that link between IVC programs, transfer universities and careers,” said Robles, the college’s economic and workforce development coordinator.

The college has held the Career Fair for about 18 years, but only began to combine it with its College/University Day about a dozen years ago, Robles explained.

Although Robles said attendance was down a bit this year due to a scheduling conflict with the Imperial County Office of Education’s Higher Education Week events at local high schools, IVC President/Superintendent Martha Garcia said she was pleased to see so much participation.

“It is definitely a success. It’s exciting to see the interest of students … we want to thank the community for its support,” Garcia said. “There is tremendous local support reflected with everyone here for the community college.”

The event perfectly captured the college’s twofold mission of preparing students to transfer to four-year colleges and universities or for the workforce, said Garcia, who is in her second year leading IVC.

Even aside from the Border Patrol booth, other law enforcement-related employers attracted drew numerous students, including the county Sheriff’s Office and  Probation Department.

Robles and Alcaraz, both 18, were among at least half a dozen students who chatted with Border Patrol officials and picked up materials to fill out online job applications.

“For all my life, I’ve wanted to be in the Border Patrol,” Robles said, “to be out in the cars, looking for people who jump the fence.”

Alcaraz was a bit more diplomatic in his desire to don the agency’s signature olive- green uniform.

“Since the U.S. has helped me with my education, I want to serve them, serve my country,” he said.

Although the Border Patrol staffs outposts along the Canadian border and at ports all along the western and eastern seaboards, “The majority of our hiring is on the southwest border with Mexico, Arizona, Texas, New Mexico, California,”  Mendoza said.

“We’re a pretty diverse agency. We have a lot of things we do,” Singh said, explaining the agency oversees probation for both adults and juveniles, is involved in investigative work and has “people on the street teams working with other (law enforcement) agencies.”

Nursing schools and careers in the medical field were popular with students as well.

Danielle Del Bono and Sophie Daniel, both seniors at Borrego Springs High School, were visiting the California State University, San Bernardino, booth and said they have specific careers in mind.

“I want to find a really good school with a really good nursing program,” said Danielle, 16, who said she had been told CSU San Bernardino had a “pretty good program.”

Sophie, 17, was looking for a strong psychology program but also a school that is a bit more relaxed with some of its admission standards.

“San Bernardino wants a 3.5 GPA or higher, but they would go down to 2.9,” she said. “I struggled in my junior year, but we’re pulling through.”

“We also have one of the top programs in the nation for cybersecurity,” Machuca said.

Kristina Dagdag, 21, of Imperial, a first-year nursing student at IVC, said she was checking out both the El Centro Regional Medical Center and Pioneers Memorial Healthcare District booths. She said she was hoping to learn which employer would be open to her working while still earning her registered-nursing degree.

Dagdag, who was standing by the ECRMC booth, said Pioneers was the frontrunner so far: “I think I’m being biased, though. My mom works there.”

Bernal said the program offers hands-on training and paid internships in which residents can rotate through the hospital’s different departments to get experience and find out what best fits them.

“We like to grow our own nurses,” Bernal explained. “It’s important for us to help retain our young nurses so they’re giving back to the community that helped grow them.”

El Centro resident Elizabeth Beltran, a 49-year-old mother of three, said she has been attending community college off and on for the last five years, and is getting ready to transfer to San Diego State University to major in psychology. She said she was there to speak with SDSU officials, but also there as an assignment for her English class.

“It’s all a little nerve-wracking at my age,” Beltran said. “It’s not easy being a housewife and a mother of three. But it’s great seeing all of these people here. I’m here interviewing people, too, due to my English class, so I can get a better view of my future college journey.”

Previous
Vikings Pummel Bulldogs; Southwest of San Diego Up Next 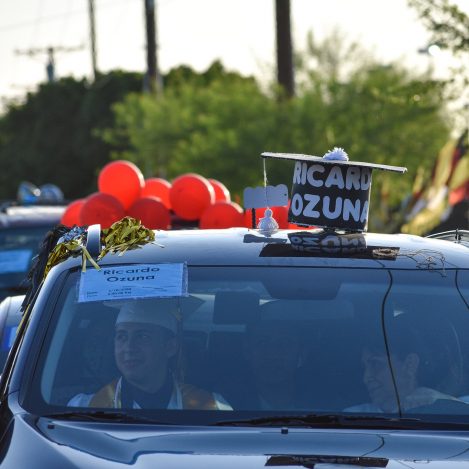