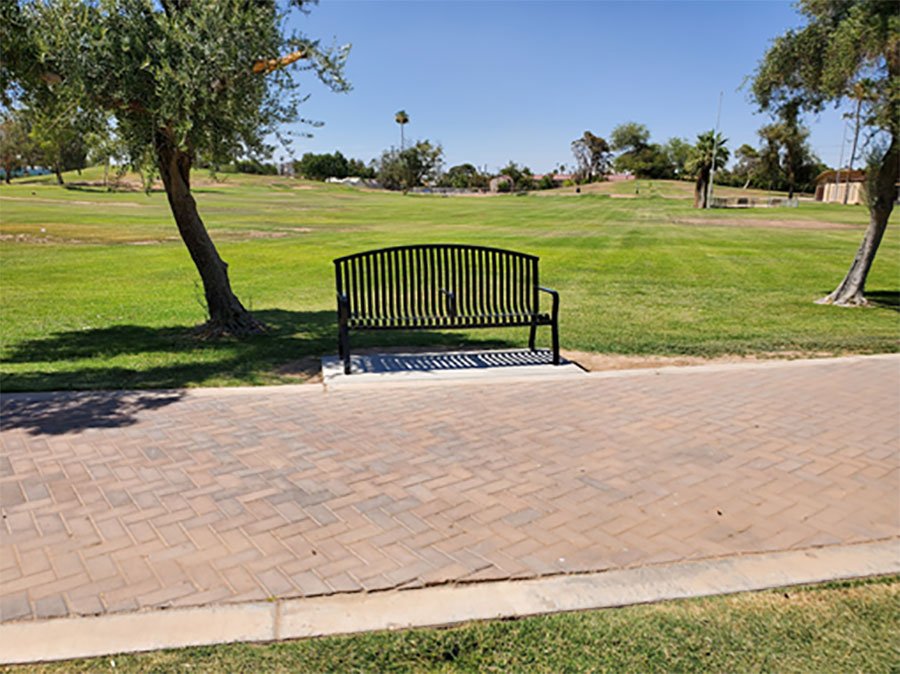 A sweeping and rolling open space, Bucklin Park is an enticing park for the compact town of El Centro, ideal for walking, jogging or just catching the year-round sunshine. However, a bit of that ambience is being sacrificed with fencing temporarily blocking off its covered picnic areas.

It was installed the week of Sept. 23-27 in order to begin phase II of the Bucklin Park improvements project, explained, Adriana Nava, community services director. The plans now coming to fruition were revealed at a council meeting in early August.

“We’ll have black benches,” said Nava. “We’re going for that historic feel to enhance the improvements so as to maintain a timeless, classic perspective. It’s named after George Francis Bucklin, a former council member.”

Bucklin was honored by designating the grounds with his namesake following an admirable career as a council member in the 1950s and terms as mayor in 1952 and 1960.

Phase I rehabilitation recently wrapped up and saw installation of a monument sign, trash enclosures and seating. Phase II, expected to take about 90 days, will likely culminate in early December with a dedication ceremony, explained Nava.

“We’ll be removing fencing as soon as construction in one section of the park is completed and then put it back up as up as work begins in another part of the park,” she said. “Once the work is completed all the fencing comes down. It’s just for public safety.”

Along with rehab of all restrooms located at the south end along Aurora Drive, all four existing metal ramadas will receive new concrete slabs, enclosed trash/recycling containers, drinking fountains and picnic tables. The ramadas will also be painted.

For local residents Bucklin is a city favorite thanks to its green hills and pond. Often there are numerous ducks wading about and frequent visitors refer to it as “Duck Park.”

Groundskeepers make sure the lawns stay green and well-trimmed, a challenge in the midst of a desert climate. There is also wide open spaces for children to play or an impromptu soccer game.

“Bucklin is an absolute gem for El Centro, given its size and location,” said Council Member Cheryl Viegas-Walker. “It’s probably one of our most frequently used parks, so we’re excited we have the chance to do additional improvements.”

In July, the city received four bids to proceed with phase II and determined George Mitchell Builders, Inc., was the lowest and most responsible bid of $512,306. The city allocated $692,000 to cover the work and contingencies. Resources were drawn solely from Measure P, the half-cent sales tax for such “capital improvements” approved by voters in 2016.

New benches and concrete sidewalks will be installed around existing playgrounds and restroom facilities to provide access in compliance with the Americans with Disabilities Act standards.

“I hope the public is patient with us and at the end of the project well have a better park,” said Nava. “It creates a space enjoyable for all our families. We did a lot of outreach to people as to what improvements they’d like to see but until we passed Measure P we didn’t have the funding.”

All part of a strategic plan

This is all part of the city’s strategic plan to systematically upgrade all city parks, noted Viegas-Walker. Yet residents sometimes get very vocal about the condition of city parks but it is just the “nature of the beast,” she explained.

“There is a park deficit here,” she added. “There’s a target for urban areas based on a city’s population. Using that formula there is a shortage of park acreage and it’s why we’re working on this and other parks.”

Viegas-Walker noted a new three-acre park is planned for Waterman Avenue near Fire Station Three behind Costco. Construction is set to get underway soon.

“We’ll have a ribbon cutting in early December,” she said. “The parks are about the quality of life issues that everyone who calls El Centro home embraces.”

In other business, Viegas-Walker and Nava acknowledged the graffiti that marred the new Bucklin monument sign installed just a couple of weeks ago on Eighth Street and Aurora. Neither said they had received any information on who did it or why.

“I have no idea other than vandalism,” said Viegas-Walker. “But there was no indication its was provoked by the homeless situation.”

Nava said a work crew was dispatched and the blemish has been eradicated. 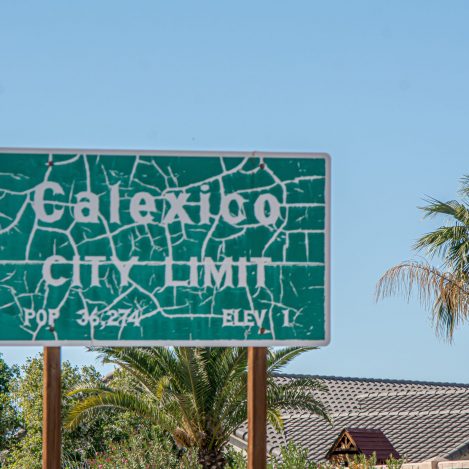