Moving west from her native Detroit at the dawn of the 1960s for her son’s health, Eve Mellinger within a couple of years of her arrival in the Southwest found herself in Holtville and counting the days until she could leave. “My brother, William, who was in the Marines, was stationed here during World War II and he wrote about how horrible it was with the scorpions, snakes and heat,” she recalled. “He also spoke of lack of sanitation and he got hepatitis A. But he did say how well residents treated the Marines and often invited them to dinner.” When her late husband, Pete, was recruited to run the vocational department at Imperial Valley College the family moved their 28-foot trailer from their residence in Corona to Holtville. Eve Mellinger remembers she reluctantly agreed to stay if they could leave within two years. But once they sold their trailer and bought a home on Maple Avenue near St. Joseph Catholic Church her life turned around. “It was hard for me in the trailer because I couldn’t have a social life but once we got the house we mixed with a lot more friends,” she recalled. “We came west because our son had an ear infection that threatened a loss of hearing. But the dry climate cleared it up and it never bothered him again as a child.” Her first few years in Holtville she worked as a recovery-room nurse at the hospital that is now El Centro Regional Medical Center, as well for the county Public Health Department. Then she was put in charge of the migrant health for the Imperial County Office of Education as a school nurse. She said she was astounded by the neglect of migrant children’s oral health, mainly since parents could not secure long enough employment (90 days) from any one company for insurance to cover them. “I took the 100 worst to Holtville High School and Loma Linda University dentists arrived in a van and they couldn’t believe what they saw,” Mellinger recalled. “Kids’ teeth were rotted right down to the gum line. But they were able to restore them.” She pointed out it is agricultural workers who are doing critical work. Without them, the rest of the work force could not eat. “From what I’ve seen, if the indigent can’t afford medical care, the government should provide supplemental income as long they’re able-bodied enough to work,” Mellinger said. In the 1970s Mellinger’s husband hired Ray White, a former member of the U.S. Coast Guard, to teach auto repair technology at IVC. White was active in the American Legion Post 138 in Holtville and soon got Pete, also a veteran, active in it. White’s wife, Danielle, was in the legion’s Ladies Auxiliary and though Eve Mellinger did not join, she often helped Danielle. “We got organizations to donate items–a portable TV, artwork, restaurant gift cards, bedspreads–and we’d sell raffle tickets for the items to raise funds,” Mellinger said. “The money mainly supported Girls State summer leadership and citizenship programs. The girls came back from that knowing exactly what they wanted to do in life.” Then, in 2005, Kim Vincent, who was honorably discharged from the U.S. Navy in San Diego, built a home in El Centro with her husband Jim, an active-duty Navy boatswain. Vincent, who moved to Oklahoma this past summer, eventually became a dynamo for local veterans, though Mellinger recalls that was a bit of a process. After meeting Imperial County Sheriff’s Deputy Andrew Lowenthal, who was also Post 138 adjutant, at a school event for her children, Vincent was encouraged to participate in the Auxiliary 138 Unit. Though she gladly volunteered, she was a bit of a wallflower. “She didn’t say much. Very shy,” recalled Mellinger. “But once she got involved, she slowly built up her confidence. We made arrangements of poppies and sold them to raise funds. Every year, we’d retire worn American flags by interring them appropriately. We also organized experienced Girls and Boys State participants to go around to schools to give talks about the leadership skills students could acquire.” Mellinger recalled she and husband Pete were stout supporters of the entire Holtville community. Pete would often stand in line for more than an hour to bring home a favored booth’s barbecue from the Holtville Athletic Club’s Rib Cook-Off. He also supported local merchants, insisting Eve patronize Holtville businesses. “With Walmart, Costco and Kohl’s arrivals, Holtville has become a bedroom community,” said Mellinger. “We had several grocery stores, the Pine Market, where Donut Avenue is now. Sprouse-Reitz, a variety store, the Motor Inn, a dress shop, a men’s clothing store and even a theater.” It is sad to see the changes, she admitted. “There’s traffic all the time,” she said. “But some things improved. The lighting downtown is brighter. The sidewalks are easier to pass and the library is so much better for research. I always wanted to study Greek culture. And I’d like to write about the Golden Age of Greece.” 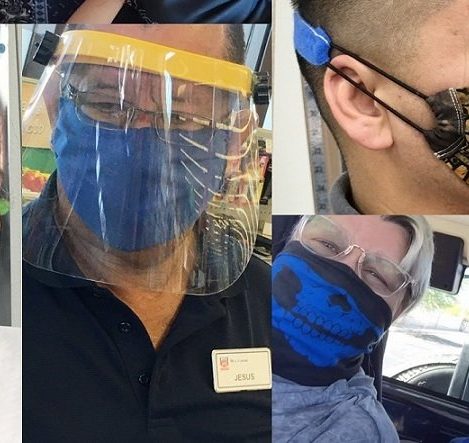