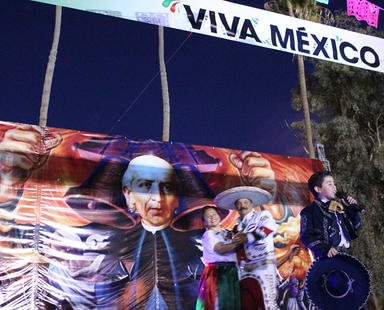 Elected officials, dignitaries and residents came together at Crummett Park in Calexico on Sept. 13 to celebrate Mexican Independence, their culture and traditions.

On a warm night that saw full moonlight, and with the Calexico High Bulldogs playing Friday night football just across the street, Calexico residents had more than a few reasons to show off their community pride.

The event came off successfully despite the announcement just days earlier it would be moved from its original downtown location due to safety concerns.

The gathering at Crummett recalled “El Grito de Independencia,” or The Cry for Independence, commemorates Sept. 16, 1810, when Miguel Hidalgo began a revolt against the Spaniards in the Mexican state of Guanajuato.

“I am here for the passion of celebrating my culture,” said Leticia Araque of Calexico. “These events help us as Mexicans remember our roots, the liberty that we have to be able to celebrate, and share them with others.”

The evening’s entertainment delivered on making the mood festive, those attending said.

“I like folk groups like Grupo Aurora because they help to carry forward some of our Mexican traditions within our community, and to those who are not Mexican, equally,” said Maria Luz Contreras, who was in the company of friends.

Even though El Grito is ubiquitous in Hispanic communities, Imperial Valley’s bustling border town brings its own flavor to it, Contreras explained.

“Although the other cities, like El Centro, will have their event, this event is uniquely Calexico. You can look around and you know most of the people walking around here. They are friends and neighbors and this is our community sharing our heritage with one another,” she said.

Mexican Consul Tonatiuh Romero was on hand and delivered an inspirational speech. It asked people to continue working towards accomplishments within the border communities of Mexicali and Calexico.

“It’s a grand honor and a great symbol of friendship to push the discussion and point out in Mexicali, and here in the Imperial Valley, we both equally worry and look to solve the same problems,” he said afterward.

He added, “I really enjoyed seeing the community come out like this–the women in their traditional dress, the children playing, the family atmosphere.”

As Calexico begins an effort to revitalize its embattled downtown retail area, Mayor Bill Hodge said long-standing events such as El Grito must be maintained and will play an important role.

“Tonight is inspirational. Tonight is very important. I want this to be important to the people and their history, and when they look back that they remember sharing their history through community events like this.” Hodge said.

The night’s stage moderator/master of ceremonies, who wanted to be known as “El Pariente,” said it was an honor to be entrusted with that responsibility.

“I feel really fortunate and proud to work an event like this that has so much meaning and deep-rooted tradition,” El Pariente said. “I am very lucky to have so many familiar faces out here in the crowd. We bring so many families to these events, get to meet more people and help spread our culture.” 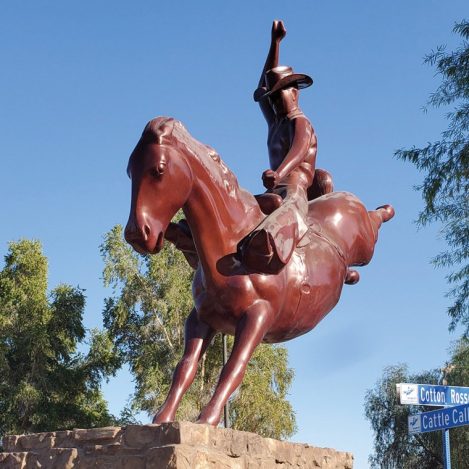