The El Centro City Council gave final approval to a city ordinance meant to compel commercial and industrial businesses and owners of residential dwellings with five or more units to adhere to more stringent state standards on the mandatory recycling of organic and green waste. The council voted unanimously on Sept. 17 to repeal and re-adopt city code chapter 12 in its entirety in order to dovetail with a state law, Assembly Bill 1826, intended to reduce greenhouse gas emissions through mandatory organic and green recycling. “We need more boots on the ground to improve compliance with AB-1826 or the state could fine the city $10,000 a day if we are not compliant,” said Abraham Campos, El Centro public works director. At the last council meeting, when this issue was discussed and preliminarily approved, Campos said local businesses and multi-family unit owners were out of compliance with the state law at rate of 93 percent. AB-1826, implemented in April 2016, builds upon AB-341, which was passed in 1989. The former sets goals for the city to recycle 75 percent of its waste by 2020. The Department of Resource Recycling (Cal Recycle) notes state landfills take in 30 million tons of waste each year, of which more than 30 percent is organic. Cal Recycle has determined organics could be used for compost or create renewable energy instead of going to landfills. Since April 2016, residential dwellings of five or more units that are generating 8 cubic yards of organic waste per week were required to have an organics-recycling program in place. Then, from Jan. 1, 2017, businesses and residential dwellings of five or more units that generate 4 cubic yards of organic waste a week had to start recycling. Beginning Jan. 1, the same structures generating 4 cubic yards of solid waste in a week must also arrange to recycle. However, Matthew Gray, sustainability coordinator with CR&R Inc., the city’s contracted refuse firm, explained at the beginning of August that CR&R established and distributed exemption forms to businesses and multi-family dwellings that do not generate a half cubic yard or more of organic or green waste. With this additional data, it brought up compliance rates to 70 percent, he noted. “We’ve made great progress with cooperation of local business and residences in the last couple of months,” said Gray. “We expect a lot more progress and probably see near full compliance by December.” In other city business, Plank Park phase two improvements were approved by the council in a 4-0 vote, with Mayor Pro Tem Efrain Silva abstaining. Plank Park phase two improvements will rehabilitate the 3.62-acre park in the Desert Village West subdivision, which is west of Austin Road, east of Plank Drive and north of Ross Avenue. Phase one was completed in September 2018, Campos explained. Amenities for phase two include: installation of 46,400 square feet of stabilized decomposed granite for pathways and the planting of 60 trees and 625 shrubs. Prior landscaping, lighting and some trees were completed in phase one. Total cost of the project is $673,000. El Centro was awarded an Urban Greening Grant of $573,000 in February 2017. Measure P sales tax funds provided another $51,546 and it covers the contingency fund of $48,453 as well. Pyramid Construction and Aggregates Inc. was awarded the contract Sept. 3, noted Campos. Construction is scheduled to begin Oct. 14 and completed by Feb. 11, 2020. A loan request of $100,000 by Diana and David Nuricumbo for their family corporation, NUMA, Inc., was approved by the council to relocate their multiple businesses to new headquarters at 143 S. Sixth St. The project is a two-story building which has a restaurant, La Resaca and The Loft on the east side. “Our intent is to make it a destination place with a fine dining steak house with fresh salsa,” Diana Nuricumbo said. “The second floor is an event center and the first floor is an event center.” Cost of the project is $2.291 million. The Nuricumbo family already secured a loan of $1.79 million and invested $400,000 of their own funds. “It’s always the council’s intention to encourage new business,” said Mayor Edgard Garcia. “It’s essentially a small loan. It’ll have a domino effect on the surrounding businesses. I recommend it.” 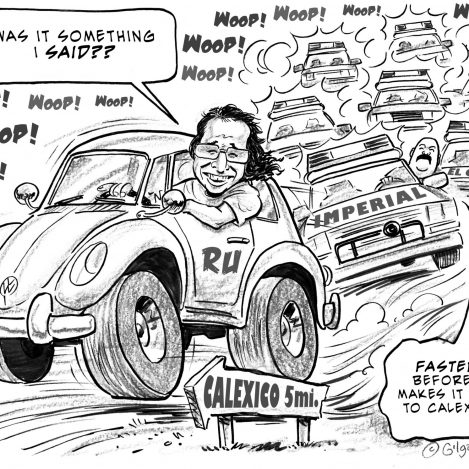