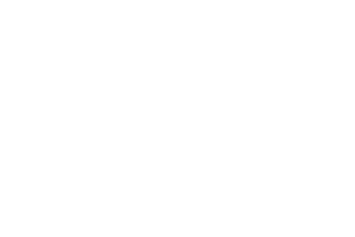 The El Centro City Council steamed full sail ahead with establishing a fee structure for the new Aquatic Center with no public opposition registered at its regular meeting Sept. 17.

“We’ve all heard people say the fees are too high and preventing some people from using the pools,” Mayor Pro Tem Efrain Silva said. “But the city subsidizes (the operation) of the pool the first year for a million dollars. Yet we’re (City Council) not paying for it but all the citizens.”

Silva was referring to a combination of admission and rental fees for the Aquatic Center as well as Measure P sales-tax revenue all going to support pool operations.

The council approved the fee structure by unanimous vote.

“I’ve heard more positive than negative,” City Council Member Jason Jackson said. “When you think of family entertainment alternatives — movies, $8 to $9, Ricochet, $12 to $15 — this is good value. I commend my colleagues. We get criticized, but we have to be fiscally responsible. We could have recovered more (operation expenses) but wanted a good balance.”

Operating expenses for the Aquatic Center in 2020 will be $1.7 million and revenue is estimated at $655,000, so the city will subsidize operations for $1.08 million the first year, Adriana Nava, El Centro community services director, said. Expenses are expected to drop in subsequent years, she explained.

Admission fees were set at $5 for residents and $8 for nonresidents. A summer pass, June-August, will be $75 for individual city residents, and $200 for an El Centro family of four, with each additional family member at $75. For non-residents, it is $120 an individual, $300 for a family of four and $120 for each added family member.

“Ultimately the pool will have special events from businesses, nonprofits, service clubs and mixers,” Mayor Edgard Garcia said. “The fee structure is not really a point of contention. We’re barely dipping our toes in the water. We are committed to this and glad to see it happen.”

Meanwhile, Nava explained during her presentation that owing to unexpected construction delays, the opening of the Aquatic Center will be pushed back more than a month from its scheduled Sept. 21 opening.

In an email sent out the morning of Sept. 17, El Centro City Manager Marcela Piedra stated, “We are all eager to open the facility for the enjoyment of our community. … We ask for your understanding as we open this important recreational facility. It was our hope this new facility would be open by Sept. 21 as initially planned. But the new grand-opening date is Oct. 26. A press release will be forthcoming with details.”