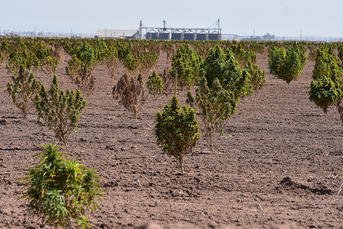 One could argue Imperial County Agricultural Commissioner Carlos Ortiz holds the keys to what could prove to be Imperial County’s next big economic engine: industrial hemp.

In April, the state Department of Food and Agriculture entrusted the ground floor of the emergent industrial hemp industry — the growth of the versatile yet controversial crop — to each of California’s 58 county agricultural commissioners. Each was tasked with hemp registration in their respective areas, that is, taking in applications to grow and harvest hemp and accepting the annual cultivation fees set by the state.

Without much more direction, many commissioners and their county-level legislators developed registration programs at their own pace and to their own degrees of difficulty for prospective growers.

Fewer than half of California’s counties were ready for that task when the state abruptly handed over the reins to ag commissioners. A month out, by mid-May, some counties had yet to develop policies, some flat out refused to participate, and some took the opportunity to make the process unnecessarily complicated and restrictive, according to published reports from around the state.

Steeped in farming tradition, Imperial County had for some time been ready, willing and waiting for the task and the promise of the industry.

The county Board of Supervisors in November 2017 passed its first policies legislating “Cannabis and Industrial Hemp” in a combined ordinance. That set up the Agricultural Commissioner’s office as the “Enforcement Agency” over “Industrial Hemp Activity,” according to the ordinance.

That made Ortiz’s office, which includes the department of weights and measures, the first local stop for prospective hemp growers and business interests.

The county established further rules on “Cannabis Operations” in a second ordinance in which county Planning and Development Services appears to take most of the lead role.

Those growers then must pony up an annual state fee of $900 up front that Ortiz’s office sends directly to the state.

More than two years after the county took its first steps to establish policy and set its sights on industrial hemp and all its related sub-industries as a potential golden goose, local efforts are gaining steam.

Ortiz said as of Sept. 13, 16 growers had registered–the first step required by the state to procure hemp seed–, paid their fees to grow commercially, or provided his office with their GPS coordinates to begin experimental trials.

That’s not to say all those growers are growing. Ortiz said only 6,553 acres are registered, and of those, only 910 acres are in the ground — all of which are tied to educational research and experimental projects. The rest are essentially placeholders, Ortiz explained.

To put that into perspective, Imperial County is home to 500,000-plus acres of arable farmland.

There are reasons for the slower-going, Ortiz said, one of which is tied to water.

Until the U.S. Department of Agriculture approves state-sanctioned guidelines, the Imperial Irrigation District will not provide water from the Colorado River for commercial cultivation purposes. The workaround thus far, Ortiz said, is the district is allowed to supply the precious resource to hemp-growing linked to registered educational and experimental plots.

That is not impeding Imperial County from taking control of its own fate and pushing forward efforts to be the go-to place to grow and harvest industrial hemp, and process the crop and its byproducts into a vast array of new uses.

From producing building materials to biofuels, to extracting cannabidiol, or CBD, the non-“hallucinogenic” chemical found in cannabis’ cleaner cousin, hemp has found a home.

At least that is the idea of county government and economic development officials.

On Sept. 27-28, hundreds of prospective and active growers, manufacturers, investors, vendors, advocates and all sorts of policymakers and business-people from all over the country will descend on Imperial County for the first Imperial County Hemp Summit & Expo.

The brainchild of the county board, the two-day event is planned and coordinated by the Imperial Valley Economic Development Corp. Just over a week before the event, about 350 people were registered to attend, IVEDC reported Sept. 17.

To be held at the Imperial Valley Fairgrounds in Imperial, day one will include panel discussions and keynote addresses from policymakers, legal and financial officials, entrepreneurs and other early adopters in the fledgling industry. Topics will include panels on local, state and federal legislation and compliance, best practices from growers, panels on extraction and processing, and banking, finance and insurance.

Day two will include tours of farms and manufacturing facilities in the research and educational phase.

Both days will see dozens of vendor and informational booths and tables set up in an expo hall.

Ortiz said he will be among those on the legislation and compliance panel. He said he said he will discuss how his office handles registration, as well as sampling and testing, the use of pesticides, and other pertinent compliance issues.

Wayne Richman, the founder and director of the non-governmental California Hemp Association and California Hemp Foundation, is the man county government officials called on earlier this year to help develop “an economic development plan” around industrial hemp.

“There’s an entire ecosystem (cultivation, processing and manufacturing) that has the potential to be developed in Imperial County. … You have water, land, the people in need, and Imperial County needs a new economic engine,” Richman said during a Sept. 4 interview.

In May, the county board signed a memorandum of understanding with Richman’s group. It is not just lip service but has some active steps to it, Richman explained.

For example, the county board was to consider Sept. 17 a new policy by the ag commissioner’s office to help facilitate the transportation of industrial hemp through U.S. Border Patrol checkpoints. The measure would develop a certification and inspection process with the ag commissioner and the Imperial County Sheriff’s Office.

Richman was in on the discussions with county government officials regarding this policy about three weeks ago.

The federal government “does not know the difference between marijuana and hemp … this was about developing a mechanism for transporting hemp outside the county without the driver being arrested,” Richman said.

He called it ensuring the “logistics” of transporting hemp are “a little more frictionless.”

Some hope for federal flexibility may come from the farm bill signed by President Donald J. Trump in December 2018. After more than 80 years of being federally outlawed, the cultivation and harvesting of hemp for commercial purposes was decriminalized as the bill removed it as a controlled substance and made it an ordinary agricultural commodity.

Richman added the county caught wind of his work through his relationship with several local growers, including Sutton Morgan and John Currier, both of whom linked up with his organization early to establish research projects that met state approval.

Richman also is working with Imperial Valley College on some projects, but nothing official has been set up with the college yet, he said. On its own, IVC has inked agreements with farmers and the school’s agricultural and economic and workforce development departments to conduct hemp research.

The World Ag Expo in Tulare County will feature a pavilion dedicated to the hemp industry in February 2020, Richman said, but Imperial County’s summit and expo is the first and only hemp-centric event in the state.

Imperial is among four counties considered “hot spots for us” in the state, Richman said. Ventura, Monterrey and Riverside counties are the others making strides.

While there is much action regarding industrial hemp in the county, other industries have had similar treatment over the years in terms of promoting the area to them, with mixed results.

Food processing was pushed by IVEDC in the 1990s and early 2000s; it never panned out as early efforts to establish new commercial dairies and industrial cheesemakers dried up. The effort resulted in one new dairy and a small cheese factory.

The renewable-energy industries have been far more successful, from decades of work involving geothermal-energy production to more recent efforts establishing solar-energy farms, and one wind farm. The trouble is, though, developing geothermal takes time and huge investment, and solar and wind do not create many jobs beyond the construction phase.

Moreover, some solar farms have been built on farm ground. That caused the county to reach an agreement with solar developers that essentially taxes them to fund replacement economic development efforts.

But Ortiz argued industrial hemp has the potential to deliver on its promise and more.

Its complementary operations are where real job growth can occur, he said, similar to what is seen on a smaller level in the hay and beef industries. Ortiz said jobs are created in the agricultural end of the equation, but additional jobs are created through the ancillary processes like in the operation of hay-compressing facilities or beef-processing plants such as One World Beef in Brawley.

“A couple of years ago, I had a crop report produced — crop report plus. Part of that report shows how important it is to grow crops that are value-added,” Ortiz said.

He agreed that it’s not enough to grow one crop over another. The county must drive hard to develop all the sub-industries around industrial hemp. That’s where the jobs are, Ortiz explained.

Richman said Imperial County “stacks up pretty well” against other California counties in its progress to develop what is basically the state’s largest “start-up.” But he warned it’s still “too early to tell” how the outside world is responding to the county’s efforts.

After the upcoming summit and expo next weekend, Richman added, “We’ll start to hear some takeaways from the experience.” 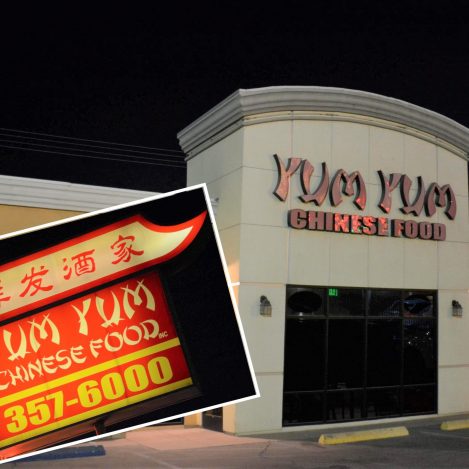